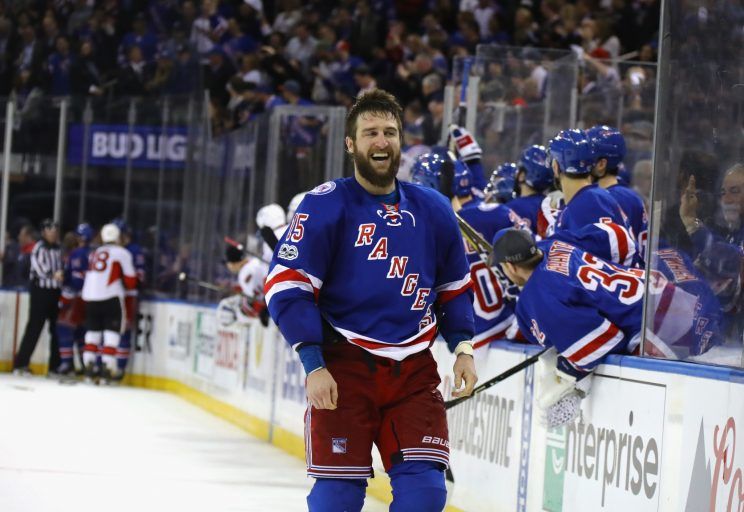 The New York Rangers defeated the Ottawa Senators by the score of 4-1 in Game 4 of their Eastern Conference Semi-Final match-up. The series is now tied 2-2. For a box score, click here. I was praying for a "Sloppy Seconds" chant the whole game. I love the Garden faithful for doing this. @imseanavery would be proud. #LGR pic.twitter.com/ToumnvlnG7 I’ll take anything, just as long as it’s in a Glass.

Pic of the Game I love Fast’s cheek nuzzled ever so gently on Holden’s chest. Almost as if they were a cute little couple. Have A Game Tanner Glass

I could talk about the hits…

Or the blocked shots…

Or the relentless forecheck…

Or maybe that fight…

Nah, I want to talk about Tanner Glass the point producer. The guy now has more playoff points, four (1g, 3a), than Kreider, Miller, Vesey and Hayes while playing in FIVE less games. Physicality and straight forward hockey wins in the postseason. It’s why we’ve seen players such as Dominic Moore, Brian Boyle and Daniel Carcillo succeed in the playoffs.

Just ask Oscar Lindberg and Jesper Fast, who have been two of the best Rangers through 10 postseason games.

Also, kudos to Alain Vigneault for setting the physical tone right from the opening faceoff by starting Glass alongside Nash and Stepan to begin the game.

Tanner Glass has a message for you haters. #NYRangers #StanleyCup pic.twitter.com/zqqZGD1Nz1

I can’t get enough of the Rangers punishing Erik Karlsson…

The Rangers have completely taken the two-time Norris Trophy winner out of this series by physically manhandling him.

Here’s the Karlsson version on the Holden goal…

When you see a guy of that talent and compete level give up on a play like that, you know he’s not right.

For the second straight game, Lundqvist didn’t have to make a ton of saves, but man did he have some beauties tonight…

I can’t believe I’m saying this, but THE NEW YORK RANGERS are bullying an opponent. Ottawa is being punished from one end of the ice to the other with zero response until tonight’s game was out of reach. While I’m ecstatic that the series has finally turned a little nasty, what a gutless showing by the Senators waiting until garbage time to finally fight back.

And this dominating style is really breeding confidence with the team as they might be playing their best hockey of the season. All four lines are coming in waves at the Senators, while the defense has really settled down after the disaster that was Game 2. Especially Staal and Holden who have bounced back nicely after a horrific start to the series.

So, what do you do when you can’t convert breakaways?

You find a teammate who can…

Has there ever been a more important goal to put a team up 4-0 than Chris Kreider’s dirty power play tally? Both Kreider and the extra man needed a confidence booster, so hopefully that helped.

It’s been a quiet postseason for Hayes, but we caught a glimpse of what he’s capable of in the first period when he sprung both Grabner and Holden.

I don’t believe in momentum carrying over from one game to the next (if it did, how did the Rangers win Game 3?), but with the Senators limping home licking their wounds, the Rangers must be feeling real good about their game and their chances of taking control of this series. 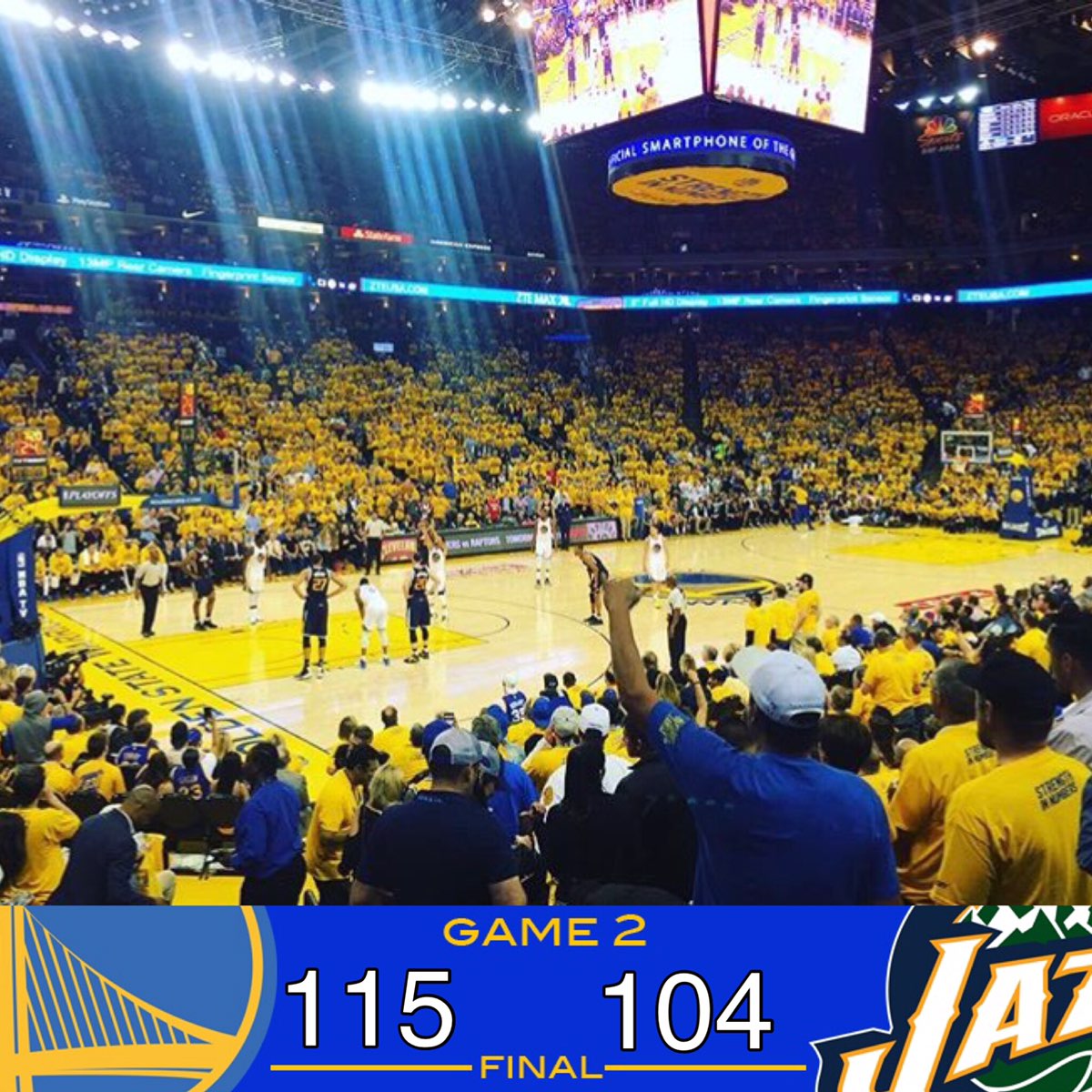 ORACLE ARENA, OAKLAND, CA — This is a continuation of the halftime recap of the Utah Jazz (0-1) at the Golden State Warriors (1-0), Game...