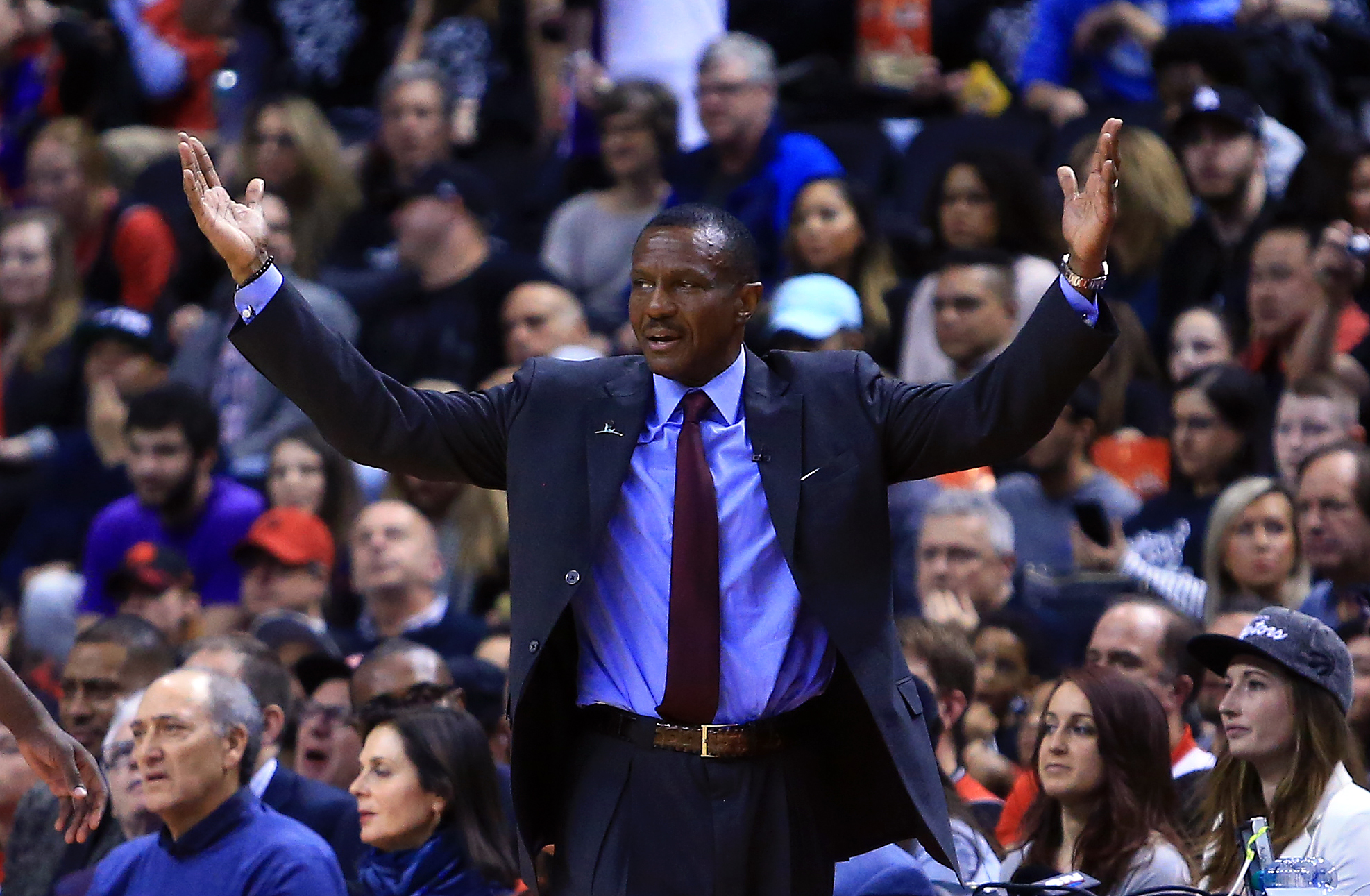 Dear God. What was I thinking?

We’ve all had that experience where we wake up one morning after a wild night or have a feeling of horror hours after making what could be a grave mistake. After watching the Cleveland Cavaliers beat the Toronto Raptors on Wednesday night 125-103 two days after winning 116-105 in game one on Monday night, that’s the situation I’m struggling with.

In case you haven’t figured it out, I’m one of those suckers that actually thought the Raptors had a chance in this series against Cleveland.

Why did I doubt the possibility of LeBron James turning up his “I’m winning this thing” meter up yet another notch in another playoff series?

There was some belief that the Raptors would be able to at least slow down James when you can throw any one of DeMar DeRozan, Norman Powell, Serge Ibaka, and DeMarre Carroll at him, defensively. When you look at James’s stats over the first two games, that is certainly not the case. In a post game interview, DeRozan said “If you can find somebody to stop LeBron in these moments, I’ll give you $100.” I guess no one playing for Toronto is going to get that money any time soon.

(For the record, DeRozan signed a five-year, $139 million contract this past off-season, so I’m sure he can offer up a little more than just a “Benjamin”. Come on, DeMar. Cough up some dough, buddy.)

Let’s face it. He’s not wrong. James needs to be contained in the most minimal sense. The Raptors aren’t going to completely stop him, but it would be nice if they could keep him from going Super Saiyan before the second half starts.

Keep this in mind. Neither Kyrie Irving nor Kevin Love have had a demonstrative impact on this series, yet. Why would they have to when James is already doing all of this in two games? Irving is having a nice series so far averaging 23 points and 10.5 assists in two games with an average 55 percent TS%. What they’re getting from Love is just a nice little cherry on this sundae.

What happens when those two put their feet down on this series?

As good as Kyle Lowry and DeMar DeRozan were in the regular season, they looked just okay in the series against the Milwaukee Bucks. That should have been a red flag waving high in the sky.

Why did I think that the Raptors backcourt of Kyle Lowry and DeMar DeRozan would give Cleveland all they could handle and then some?

James almost had more points by himself than Lowry and DeRozan combined in game one, and he bested the two of them in game two by 14. That’s not conducive to Raptors wins. That’s the nicest way I can put that. If the Raptors want to have a shot in this series, one member of the Cavaliers can’t score more than Toronto’s two best players.

Game three is tonight in Toronto, so it would be nice if Lowry and DeRozan disobey the “Raptor-whispering” of LeBron James and company and become a bit more vicious. Kyle. DeMar. Remember that scene in “Jurassic World” where the Raptors being tamed by Chris Pratt found their new alpha in the Indominus? Channel that idea at home in the “T-dot”.

As a team, the Raptors are shooting 45 percent from the field through two games. The rest of the pack isn’t exactly doing fabulous, either — specifically DeMarre Carroll. What happened to that guy? Didn’t the Raptors sign him to a four-year, $60 million contract in 2015 just for this reason: be one of the driving forces on defense to slow down LeBron James and knock down three pointers?

You can scroll up on this column to see that Carroll isn’t doing the job, defensively, and offensively, Carroll is in witness protection. He’s only scored three points in this series and is one for five from deep in the Cleveland series. Someone give DeMarre Carroll his identity back.

There’s mistaken identity everywhere in Toronto. Remember when folks said the addition of Serge Ibaka to the Raptors front-court will make that duo of Ibaka and Jonas Valanciunas a difficult burden for the Cavaliers to deal with? This was a thought that happened. It would appear that was a bad thought, after all.

After starting game one, Valanciunas found himself out of the starting lineup in game two in favor of an Ibaka/Patrick Patterson starting front-court. Valanciunas had 23 points and 5 rebounds off the bench for the Raptors in game two — which was actually a pretty good adjustment made by Head Coach Dwane Casey. Casey still hasn’t found an answer for when the Cavaliers decide that their plan is to do nothing but run you out of the gym.

Speaking of that strategy, wasn’t James’s ungodly high amount of minutes towards the end of the regular season supposed to signal that he was perhaps a little tired? James played 41 minutes in game one and 37 in game two. Did he look tired or winded to anyone? James is 32 and has logged more minutes (regular season, playoffs, Olympics) than almost all other NBA players at his age, and somehow, he’s still incredibly effective.

James isn’t slowing down, and neither are the Cavaliers. Why did I think this wouldn’t happen? Why did I believe in Toronto? My brother probably said it best: “Cleveland slow played us. They were at the poker table holding pocket aces the whole time, and you got suckered into going all in.” 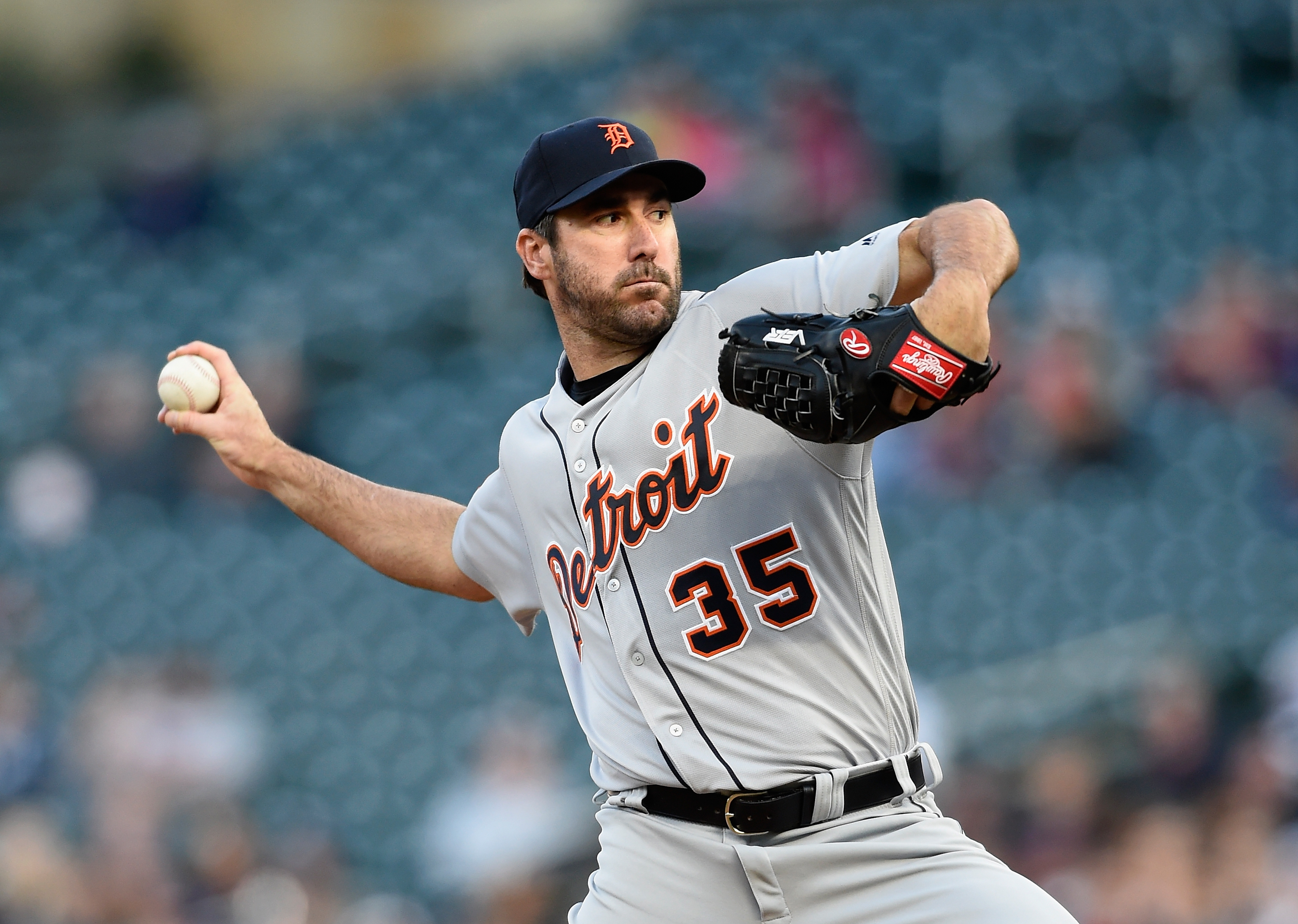 There are so many things that go on during the course of a 162-game season that it’s usually difficult to pinpoint one situation as the difference maker....