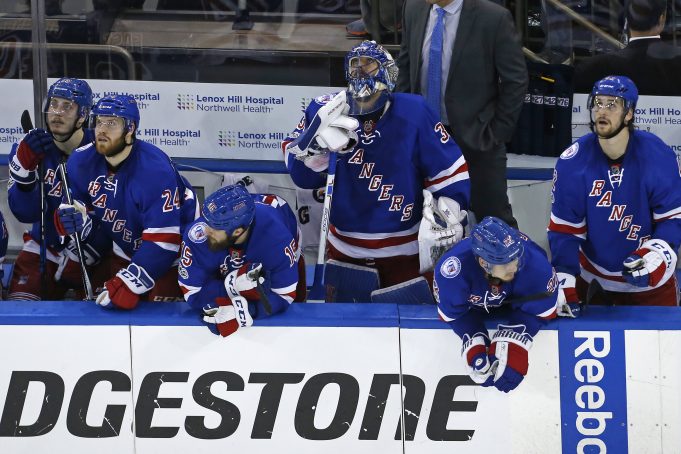 Obviously it doesn’t make much sense for me to rehash the highlights as I’m assuming no one wants to re-live that disaster, so I’m just going to pass along a couple of thoughts. – You’d think after all these years I’d know better. All the disappointments. All the letdowns. Maybe I’d learn. But once again I drank the Kool Aid. I got confident. Borderline cocky. As soon as Ottawa clinched their spot as the Rangers second round opponent, I had the Blueshirts in the Eastern Conference Final. I even got myself thinking that if the Pens and Capitals beat each other up enough, the Rangers might have a chance for another run at the Cup.

– This may be the first time in the Rangers run of 11 trips to the playoffs in the last 12 years that they lost to a team I truly expected them to beat. Maybe the Devils in the 2012 Eastern Conference Finals, but other than that, despite never making it easy on their fans, they always took care of lesser opponents.

– The path to the Eastern Conference Final was laid out perfectly for the Rangers, so for them to stumble, the blame has to fall at the feet of the head coach. Personnel decisions have never been AV’s strong suit, but his deployment late in Games 2 & 5 are fireable offenses. Not to mention the Rangers lackluster start to an elimination Game 6. While I’ve never been someone to pile on AV, he deserves to take a big hit here. I still think he makes it through the summer, but this failure should have him on the hottest of the hot seats to start  next season.

– I hate to be that guy, but I’m starting to think the Rangers parting ways with Lundqvist might be beneficial to both parties. Lundqvist will continue to keep the Rangers in contention every season while simultaneously masking the issues that ultimately undermine them. Until they move on from Lundqvist, I’m not sure they’ll be able to stop this vicious cycle. – You can only count on secondary players for offense for so long. Eventually, your big dogs have to show up. They didn’t for the Rangers this postseason. – Still waiting for that signature moment from Rick Nash in the postseason.

– Hey, at least the Rangers didn’t blow another lead tonight.

– On another positive note, my wife will finally start having sex with me again after I shave my playoff beard. – Kreider’s third period performance was too little too late.

– While I still think Girardi should be bought out this offseason, you couldn’t have asked for a better postseason from him.

– Gorton needs to overhaul defense the way he did with the forwards last season.

– After the game, it was interesting to hear Valiquette indicate that maybe the Rangers look to expose Stepan in the expansion draft as a way to open up some cap space this offseason. Can you say Shattenkirk? Stepan had a brutal postseason, and while he’s a borderline #1 center, the Rangers are deep up the middle and he’s replaceable.

– It’s hard enough to win a series when you’re not blowing two goal leads. Or going 2-for-24 on the power play. Or having Stepan, Miller & Hayes combine for one goal against a goaltender. But to have all three happen? It’s not too hard to figure out why the Rangers are going home. – Chris Neil better not be the reason the Rangers stopped hitting Karlsson the final two games.

– Not the best time for Smith/Skjei to have their worst game of the series.

– While the Rangers absolutely overachieved this season, I’m sick to my stomach that they won’t be going to the Eastern Conference Final. It would have been easier for me to accept a first round defeat to the Canadiens than the disappointment of losing to the inferior Senators. Crushed.

– Finally, I just want to thank everyone for accepting me back into the Rangers blogosphere after my two year sabbatical. Your readership and support means the world to me and was a big reason for my comeback. I’ll be addressing what my plans are for the blog this offseason shortly. Stay tuned. 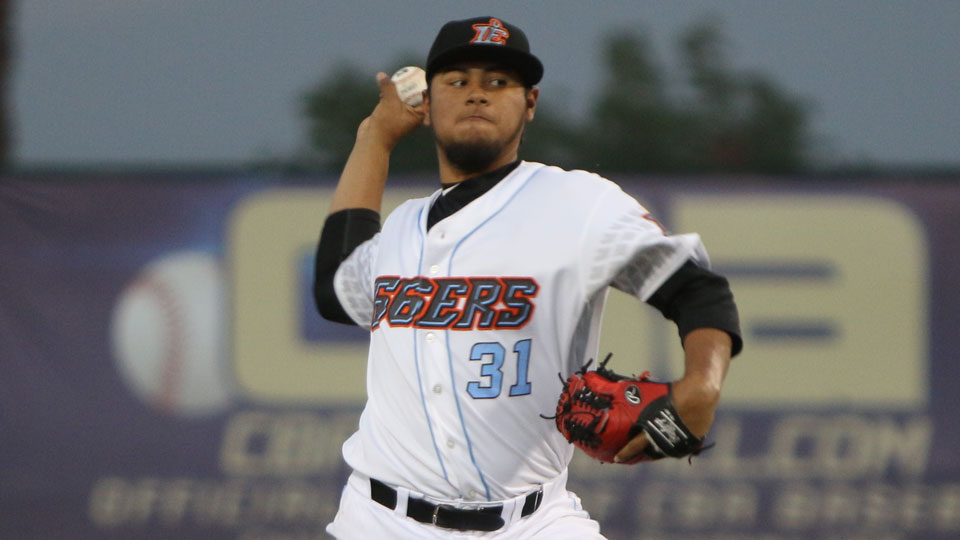 The Inland Empire 66ers and Visalia Rawhide kicked off their 3 game series on on a cold Tuesday night as Visalia claimed the 1st game...