Will Bill Belichick eventually force Tom Brady to step aside for Jimmy Garoppolo? 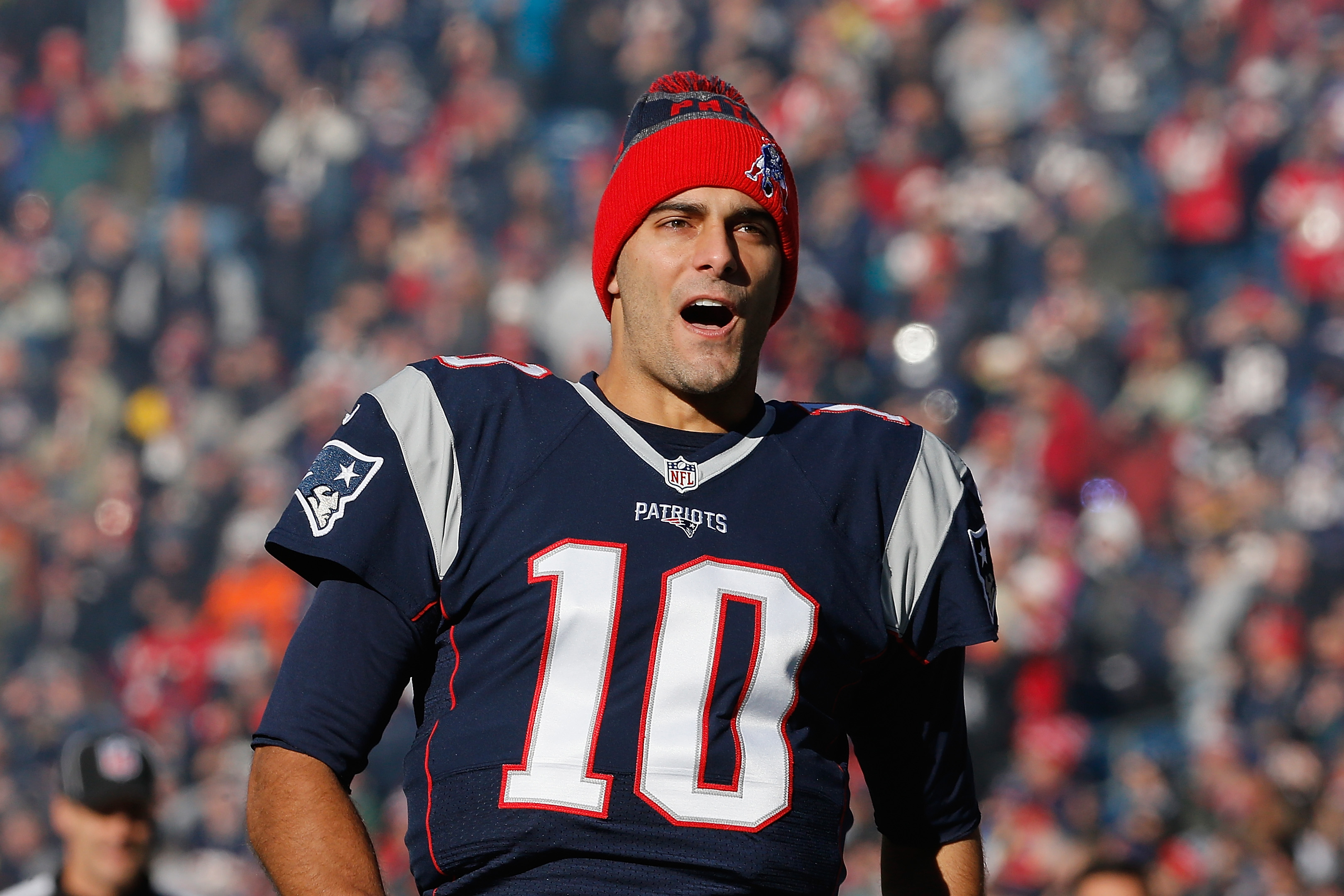 Will Bill Belichick eventually force Tom Brady to step aside for Jimmy Garoppolo?

The New England Patriots are fast approaching one of the toughest decisions in sports.

Brady is 39 years old and hasn’t showed any signs of slowing. But Jimmy Garoppolo’s contract doesn’t last forever and if the Patriots believe he’s the quarterback of the future, Belichick might have to nudge Brady out of the starting role once the franchise gives Garoppolo starting money.

Such is the argument made by Tom E. Curran of CSNNE.com:

The night Garoppolo was drafted and Belichick mentioned Brady’s age and contract situation, the endgame was underway. It’s taking a little longer to arrive because Brady has beaten back the Garoppolo challenge with the best football of his life, but that’s probably the only reason the Patriots haven’t pulled the ripcord already.

But then we recall we’re talking about Belichick. He doesn’t come across as the most sentimental guy and usually does whatever it takes to win. Meaning, as soon as he gets a hint Brady is slipping, he might do what is best for the team and make the change.

Maybe Brady goes along with it, going out on top. Maybe he embraces a backup role or even finds himself asking for a trade. But Curran is right more than fans will want to admit—the Patriots are fast approaching a legacy-defining situation with no great answer in sight.