Embarrassed ... In Front Of Buster Posey 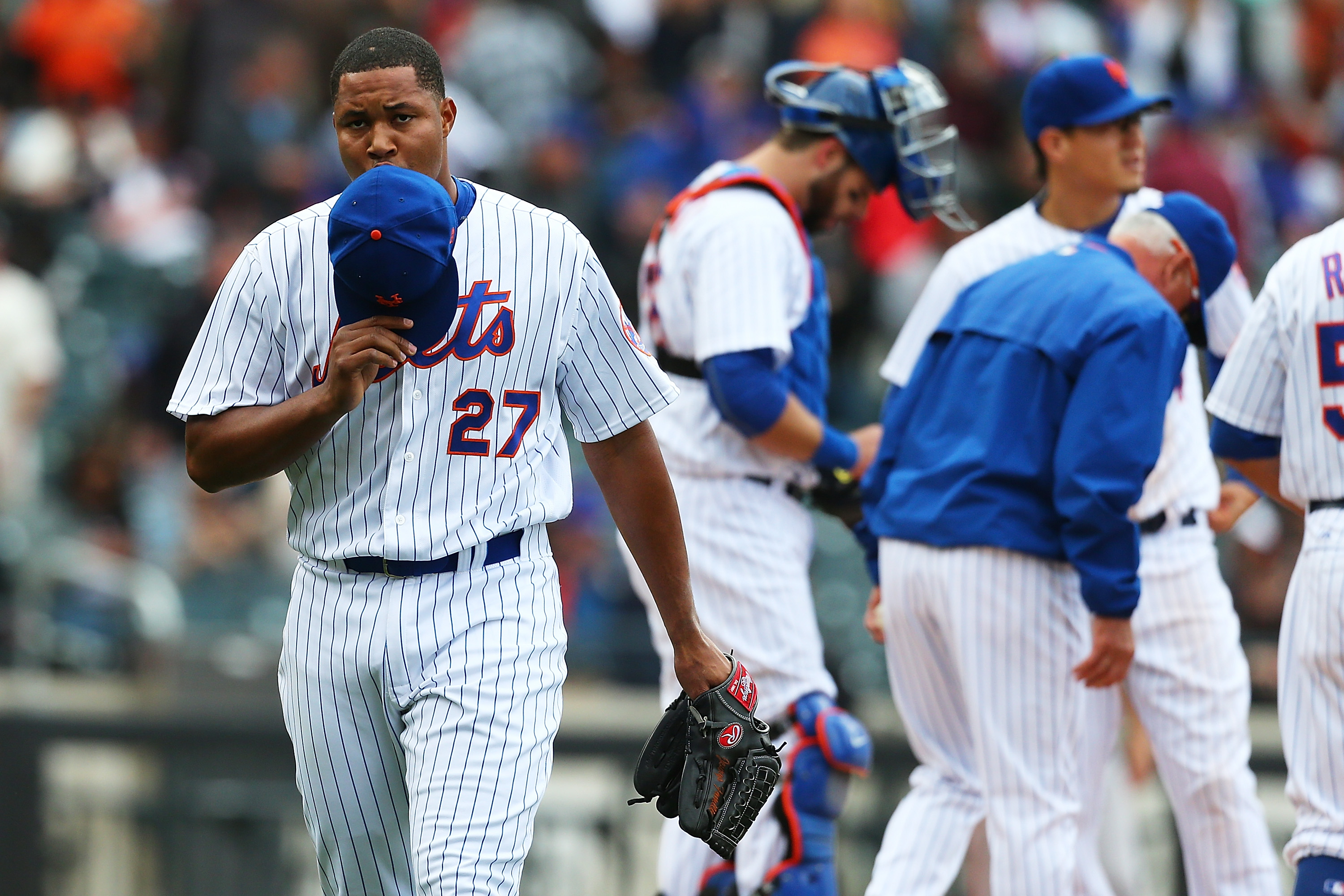 Embarrassed ... In Front Of Buster Posey

Cannonball Run is a movie that hasn’t had a reboot in a while. But the Mets proved today that it could be done. On Wednesday afternoon at Citi Field, we had “Cannonball Run Out Of Town”. Starring Wilmer Flores as Captain Chaos. Jeurys Familia as Buford T. Justice, and Tommy Milone … I guess as Terry Bradshaw wondering if there was enough ice for all the beer he’ll have to drink to drown his sorrows at the fact that he’s already had his first win as a Met snatched away by Familia (if Pedro Martinez had to deal with it so do you, Tommy. Sorry.) Milone got his job done in his Mets debut, going five innings while giving up two runs and striking out five. He also drove in the third run with a base hit while basically sending Adam Wilk off to Minnesota on waivers. He gave up a home run to Buster Posey, but who hasn’t these days?

The Mets could have put the game away in the sixth, but with the bases loaded and one out after a sweet bunt single by Juan Lagares, Asdrubal Cabrera and Jose Reyes struck out to end the inning. The Mets lead the league in batting average with runners in scoring position. Wednesday proved what a random stat that is. (That and the fact that the Mets were dead last in 2016 in that stat.)

The Mets unloaded their bullpen to get to the ninth inning. Fernando Salas, Josh Edgin, Hansel Robles, Addison Reed, and Jerry Blevins all pitched in the three innings between Milone and Familia. While their pitch totals weren’t incredibly high for the most part (two for Edgin, six for Robles, five for Blevins, for example), remember that these guys have to warm up, and in some cases these pitchers go up and down and up and down all season. Only two, six, five pitches get recorded in boxscores. Mixing and matching will most likely kill this team in July and August.

NEW YORK, NEW YORK – MAY 10: Tommy Milone #29 of the New York Mets pitches in the first inning against the San Francisco Giants at Citi Field on May 10, 2017 in the Flushing neighborhood of the Queens borough of New York City. (Photo by Mike Stobe/Getty Images)

That’s of course assuming that Jeurys Familia doesn’t kill this team in May or June. Familia walked two batters and gave up three hits in the ninth inning, but none of hit happens had he not been victimized by Captain Chaos rushing a game ending double play chance. Slight bobble of Eduardo Nunez’s hard grounder, then a throw that pulled Neil Walker off the bag, and then the fun began. Hunter Pence drove in the tying run, Buster Posey walked to load the bases, and then Christian Arroyo drove in three with a double, which pissed me off to the point where I conflicted myself by saying “screw it, I have Arroyo on my fantasy team”. Which pissed me off more that I profited off of this horrible inning.

The Mets then embarked on their world famous “tease ninth inning”, where they threaten to pull off the impossible comeback only to have the winning run at the plate hit one three feet. Captain Chaos returned to hit one three feet short of a game tying home run which instead drove in two runs and made the score 6-5. Then Kevin Plawecki hit one that last three feet in front of the catcher to end the game. At .083, Plawecki shouldn’t even use a bat. I’m sure he has something in his locker that could give him just as much production as an actual bat.

Losses like these are at least part of the reason why the team can win seven out of ten and nobody would notice. Because the losses that the Mets specialize in get lower and lower, especially with a day off tomorrow before a Friday game in Milwaukee which features more drama in Matt Harvey’s return. If the starting pitching can’t give the team some length, these losses will continue to creep up and smack the Mets upside the head.

1. Hunter Pence
2. Buster Posey
3. Yadier Molina
4. Erik Karlsson
5. The Giants bullpen catcher who decided that the sixth inning was a great time to interrupt play and run to the bullpen even though the Citi Field construction crew had enough foresight to build a damn tunnel for just such an occasion.