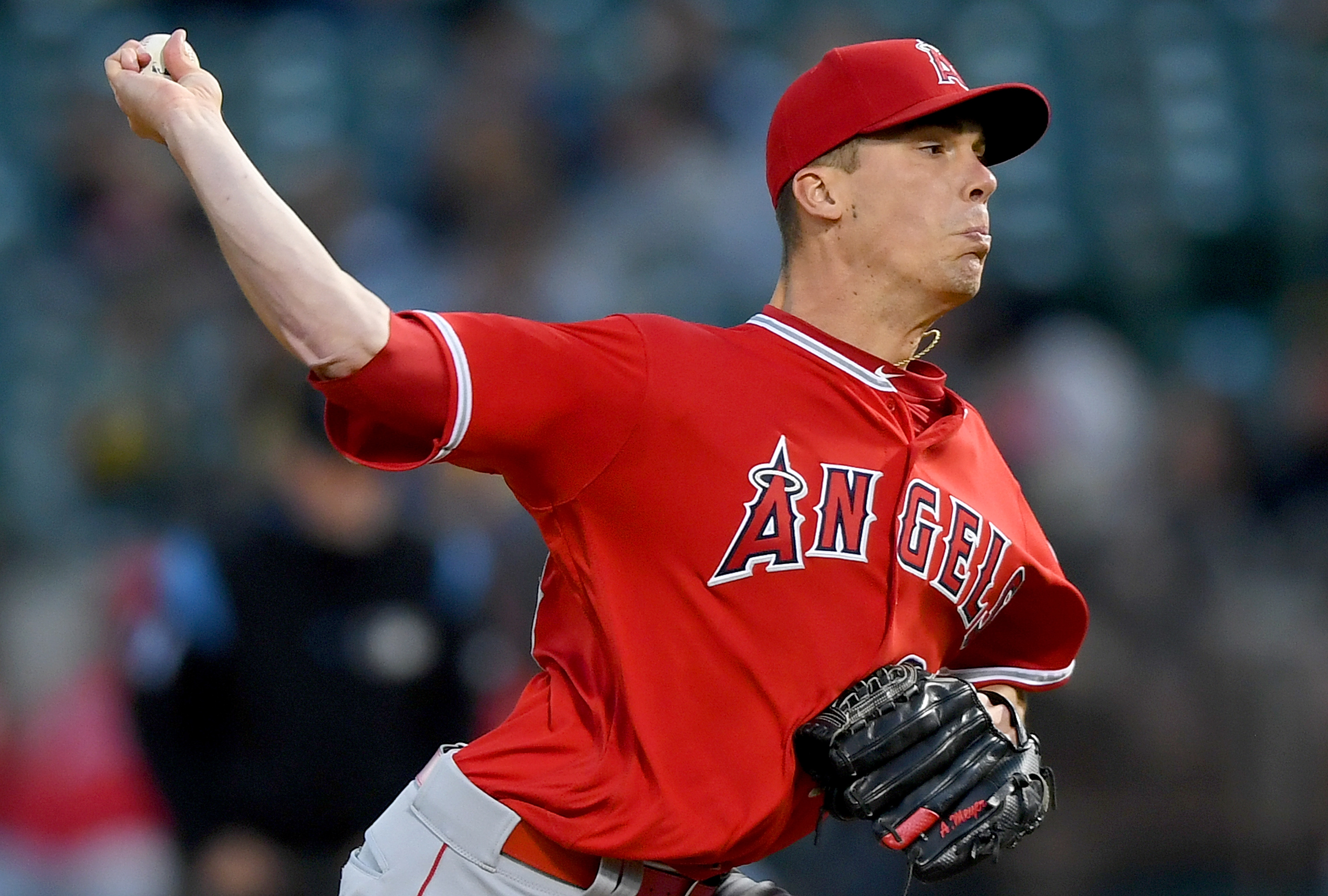 OAKLAND, CA – MAY 09: Alex Meyer #23 of the Los Angeles Angels of Anaheim pitches against the Oakland Athletics in the bottom of the third inning at Oakland Alameda Coliseum on May 9, 2017 in Oakland, California. (Photo by Thearon W. Henderson/Getty Images)

Everyone loves a good article in which trade targets and destinations are bandied about. Trade partners are pondered and deals are proposed. It’s fun to contemplate the future, and doing so with a little bit of guidance enhances the experience. That’s with a good article. This is not a good article.

The quick summary of the article is that the author, Chris Bahr, states there are 7 trades that need to happen right now. He then lists a bunch of guys that could be traded and teams that should acquire them. Where the Twins make an appearance is when he suggests that Ervin Santana would be a good candidate for the Angels to acquire. Interesting! Let’s see what he has to say:

Santana, who has a 2.21 ERA and an MLB-best .560 opponents’ OPS since June 19 of last season, spent the first eight seasons of his career with the Angels. And with Los Angeles’ rotation again decimated by injuries (Garrett Richards, Tyler Skaggs), it needs reinforcements. The young Twins are making strides, but aren’t ready to contend yet. Sell high on Santana.

That’s good! That’s what I’m talking about! Maximize the return for Santana, sell high. So who do you think the Angels could send back in order to acquire a player like Santana, Mr. Bahr?

Oh, you were done?

All right, I guess I can do the heavy lifting. In order to move Santana, the Twins would definitely need to add prospects. Good prospects. The Angels, according to Minor League Ball, have the 28th ranked farm system in all of baseball, good enough for dead last in the AL. It isn’t even a top heavy farm system. MLB’s ranking of top 100 prospects has no Angels. The Angels best prospect doesn’t even rate higher than, say, Stephen Gonsalves.

Well, maybe it could be a quantity over quality type of thing. It would have to be a package headlined by their best pitching prospect. Let’s refer back to Minor League Ball for their top 20 list and see who that top prospect is….

Now, other resources have other pitchers ranked higher than Meyer, but at best, all you can say is that those pitchers would maybe be a better return than the guy that was just traded away for Hector Santiago. To think about this another way, if Meyer was the leading prospect in an Ervin Santana trade, the Twins, in about a years time, would have essentially traded Ervin Santana and Ricky Nolasco for Hector Santiago. Sell high!

The other option, of course, would be that the Twins pluck players off the Major League roster. The premise for the deal, however, was that the Angels rotation is gutted, so the Twins wouldn’t acquire a starting pitcher. The most obvious area for long term replacement for the Twins would be at first base, which in Anaheim is occupied by Albert Pujols, who is 37, 3 years older than Joe Mauer.

To summarize, Chris Bahr thinks the Angels would be better with Ervin Santana. He also thinks the Twins should give him to the Angels because…reasons. Apparently, he regards this as the Twins “selling high”.  I hope the Twins brass is a bit more clear headed than this.