Twins 1, Indians 0 - This game is already over 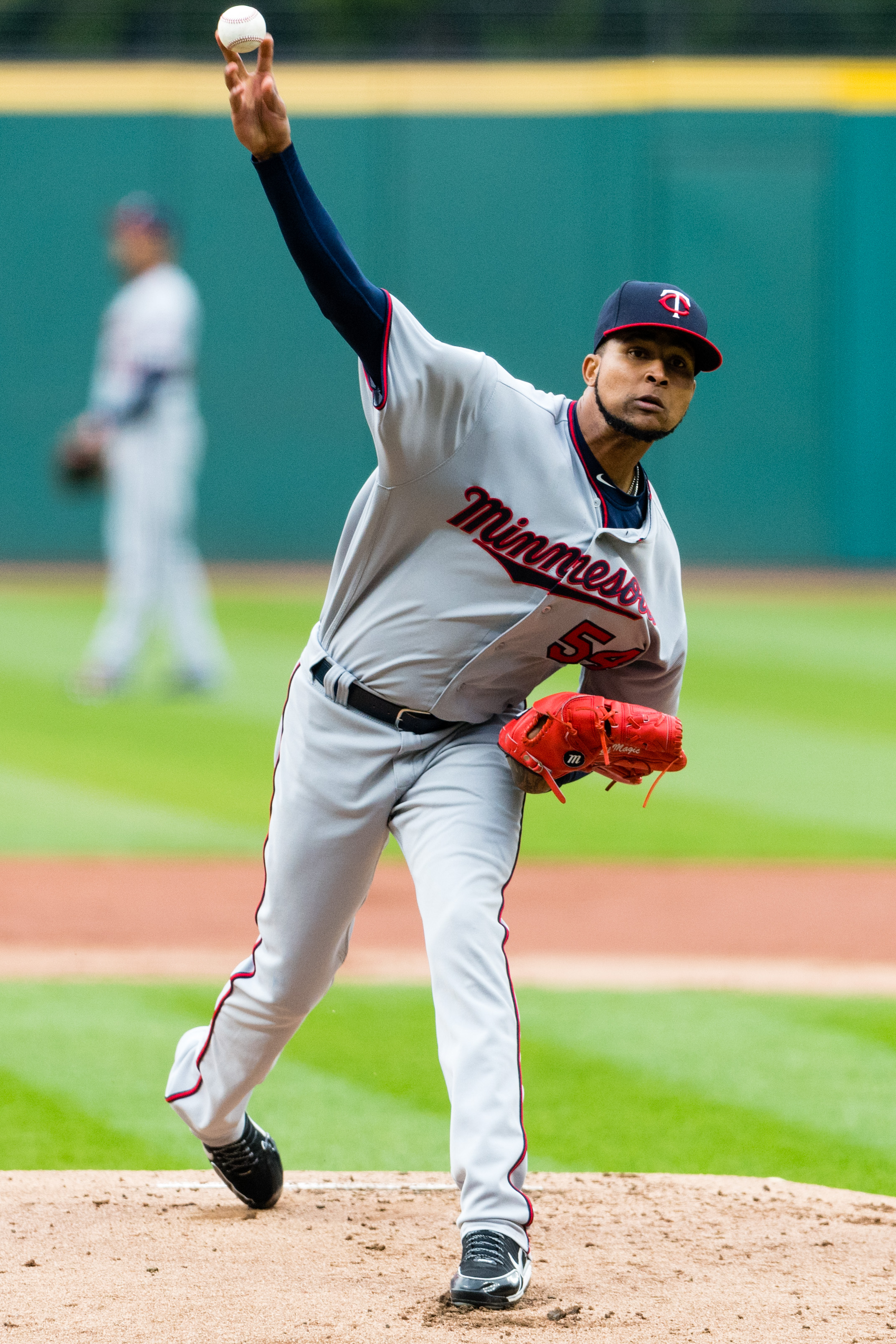 Twins 1, Indians 0 - This game is already over

CLEVELAND, OH – MAY 12: Starting pitcher Ervin Santana #54 of the Minnesota Twins pitches during the first inning against the Cleveland Indians at Progressive Field on May 12, 2017 in Cleveland, Ohio. (Photo by Jason Miller/Getty Images)

The Moment: The only scoring came in the first inning when Miguel Sano hit a solo home run, but that wasn’t the biggest swing in momentum. No, that came when Ervin Santana encountered some issues in the 5th, loading the bases ahead of Edwin Encarnacion. Fortunately for the Twins, they caught Encarnacion in the midst of a bad season, and he flew harmlessly out to Byron Buxton, ending the threat.

The Hero: Ervin Santana wasn’t sharp. He only allowed two walks, but that didn’t matter a whole lot to Cleveland who was on base plenty, given Santana’s 5 walks. He only struck out 4. The defense behind him was on point, however, and Santana kept the ball in the park. His win probability added was over half a win, so what he did definitely worked.

The Goat: Encarnacion had that apparently backbreaking fly out with the bases loaded, but Francisco Lindor went 0-4 with two strikeouts. At least Encarnacion had posted a walk at one point.

The Soundtrack: I like listening to a wide variety of radio, and I am trying to give SBNation Radio a shot, but their stream hasn’t worked all day. So nothing, is what I’m listening to.

The Story: After the Twins were swept at home by the Indians, Minnesota fans were right to be apprehensive when they went to Cleveland. The Twins jumped out in front when Miguel Sano hit another home run, bringing his total to 315 for the season. Josh Tomlin was shaky in the first inning, and it looked liked the Twins were going to be able to lean on him, score some runs and make an easy night of it.

But then, the Twins were done scoring. Ervin Santana was on the mound, which seemed to bode well, but he was shaky as well, as I noted above. There was nothing easy about this game, as it turned out, except the time. It took only 2 1/2 hours to wrap things up, so I guess getting home at a reasonable hour was pretty easy.

The defense was phenomenal. The play that stood out was a chopper up the line that Sano plucked and fired to Joe Mauer who stretched and picked the throw. This excellent defense will be on hand tomorrow behind Jose Berrios, who will make his first start of 2017 with the Twins. It’ll be up to him to keep the walk totals down.