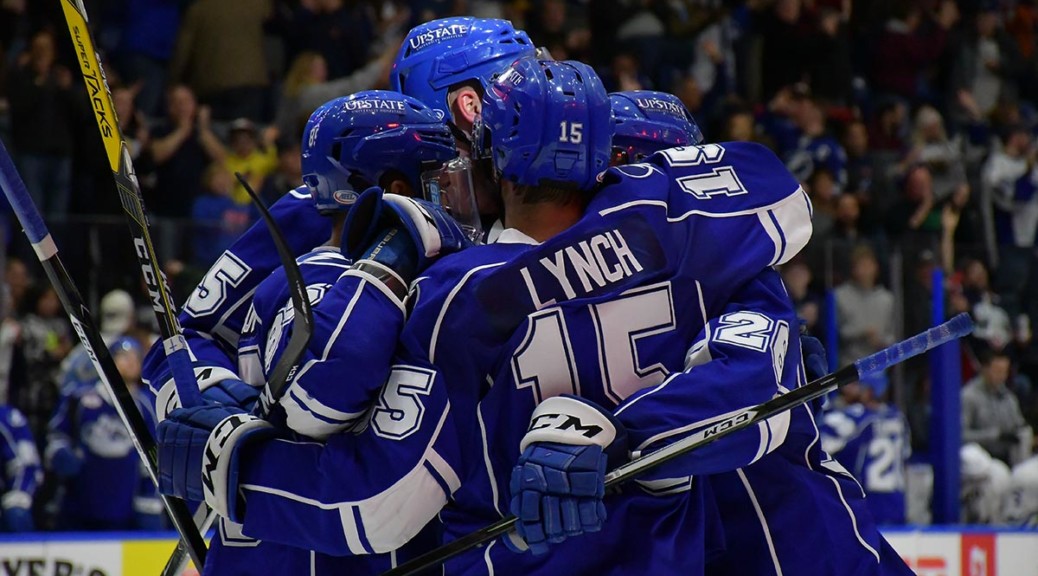 Mike McKenna stopped 26 of 27 shots to lead the Syracuse Crunch over the Toronto Marlies 5-1 on Saturday night to take a 3-2 lead in their second-round series and put Toronto on the verge of elimination.

Steve Oleksy scored to give the Marlies an early 1-0 lead, but Matthew Peca responded three minutes later to even the score heading into the first intermission.

Syracuse’s Joel Vermin and Kevin Lynch scored in the second period while Jonathan Racine netted another 1:35 into the third to make it 4-1 Crunch. Gabriel Dumont added an empty netter to seal the win.

Toronto’s Kasimir Kaskisuo turned away 18-of-22 shots in defeat.

Syracuse went 0 for 2 on the power play while Toronto failed to score on five man-advantage chances.

Game 6 is Monday at Toronto’s Ricoh Coliseum. All five games in the series have been won by the home team. Crunch defenseman Jake Dotchin will be back from his suspension.