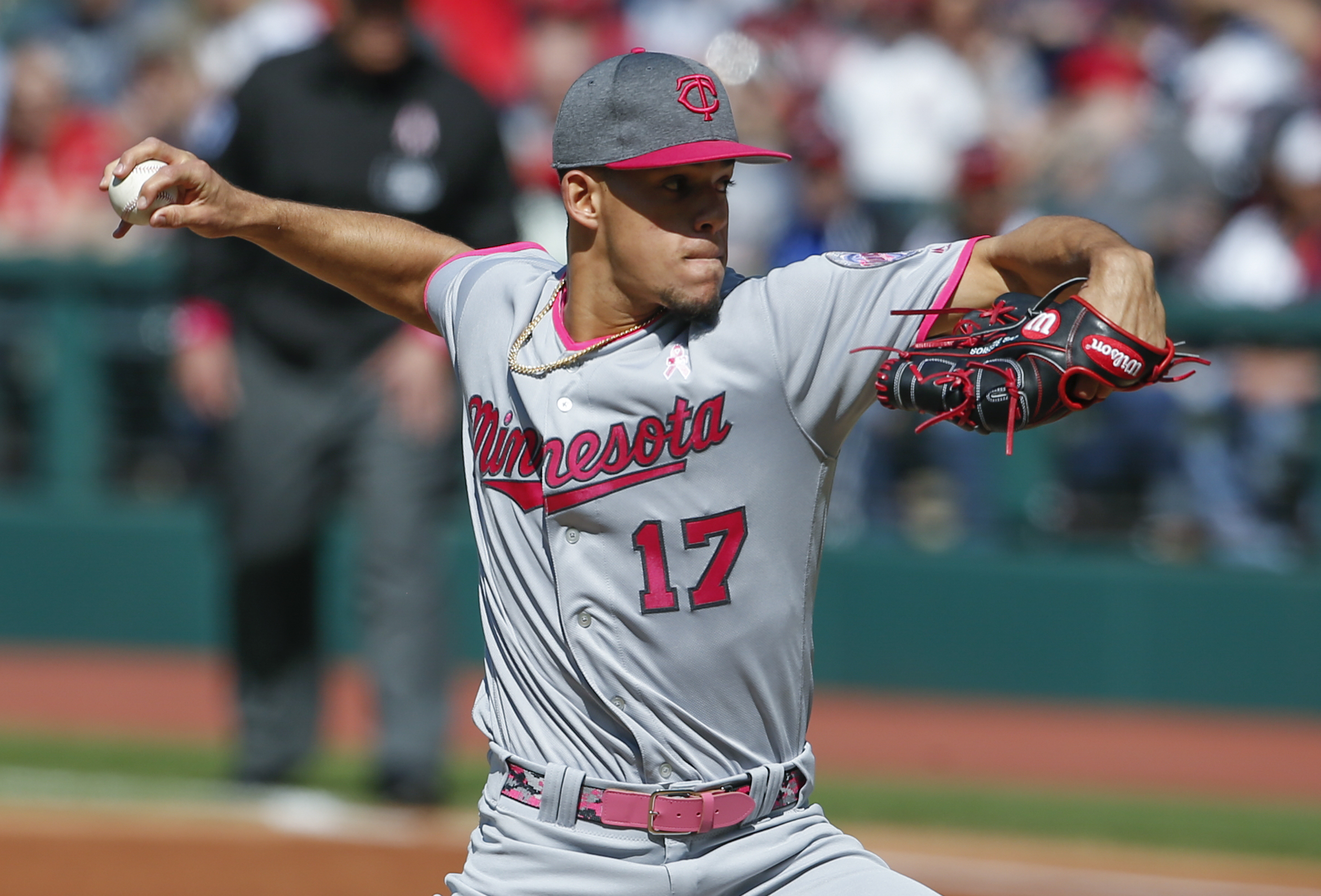 CLEVELAND, OH – MAY 13: Jose Berrios #17 of the Minnesota Twins pitches against the Cleveland Indians during the first inning at Progressive Field on May 13, 2017 in Cleveland, Ohio. Players are wearing pink to celebrate Mother’s Day weekend and support breast cancer awareness. (Photo by Ron Schwane/Getty Images)

As I begin writing this, we’re reaching the end of Jose Berrios’ return engagement in the Major Leagues. It was a very good outing that bore no resemblance to his rough 2016 debut. He stayed around the strike zone and relied on excellent defense behind him as he worked into the 8th inning. He only struck out four, but more importantly, he only issued one base on balls, though there was a hit batsman. This is completely different from his work in 2016, where he struggled with control, and saw those issues spiral into his being too hittable.

Was this something he was clearly working on in AAA? Without a doubt, he was. After elevating his numbers to be a 10K/9 pitcher last year, he has seen that number drop to 8.85 K/9. More importantly, his walk rate dropped in AAA from nearly 3 per 9 to below 2. These two numbers taken in concert showed an important result for Berrios – There were more balls put in play.

With a team that fields such a strong defense, the imperative will be on not allowing base runners that you don’t have to. Gone are the days where a poor fielding tank occupies a corner spot. Now, a lazy fly ball is nearly as certain an out as a third strike. Now, it’s easier to induce a fly out than a strike out. If that option is there, it’s ok to accept that. There was a lot of pressure on Berrios last year because of the grave need for a pitcher that could strike people out. Now? That’s not the imperative. Now, a pitcher that can work deep into the game is more important than one that doesn’t need to lean on the defense.

With a certain comfort level for attacking the strike zone, there will always be an increased threat for home runs, though it appears that Berrios has been inducing weaker contact down in Rochester so far this season. His fly ball rate has gone  up, but his home run rate has gone down. This is something that may or may not carry over into his Major League profile, but at the very least, has likely lead to confidence in the methodology. His ERA in AAA is almost a full run lower than his impressive ERA from a year ago. It’s amazing what reducing your walk total can do.

One start is far too little to draw too many conclusions from, but initial indications are that Berrios’s new approach might just work out for him. Credit the staff for selling the message that he needed to change his approach. Credit Berrios for listening, and altering what had worked for him until that point. This might work out. 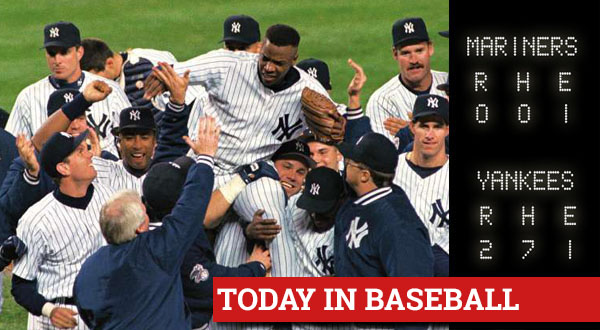 TODAY IN BASEBALL: May 14

TODAY IN BASEBALL courtesy of National Pastime 1967 – Keeping a promise to his wife Merlyn, Mickey Mantle hit his 500th career home run on...