The NHL Needs P.K. Subban But Can't Get Past Its Own Ignorance 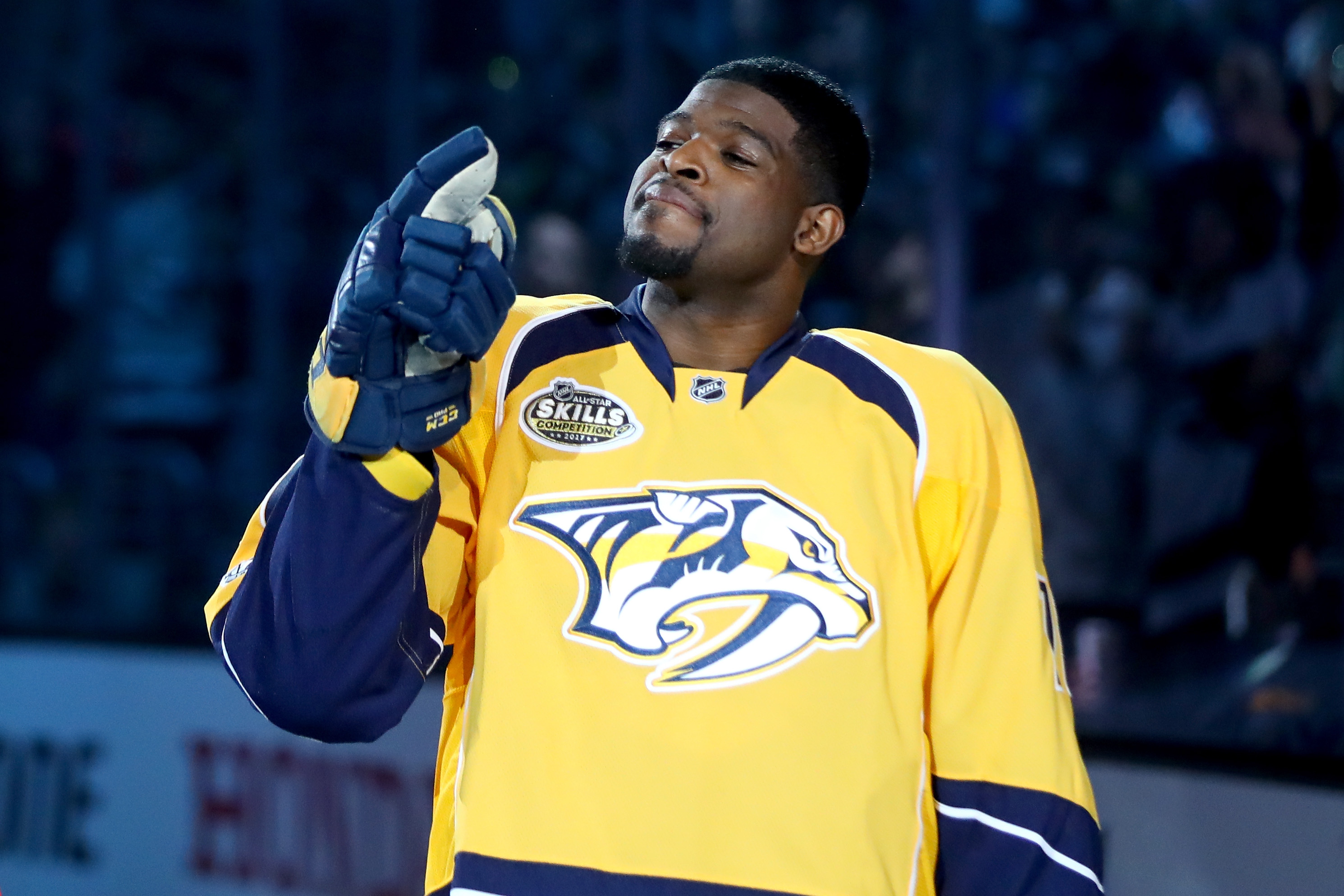 The NHL Needs P.K. Subban But Can't Get Past Its Own Ignorance

“I don’t want to say it’s completely gone – racism in the game – because I believe it’s not,”  the Flyers Wayne Simmonds told Joey Vendetta of Sportsnet 590. “I’ve had situations arise where I’ve had things said to me or done to me, but I think for myself it’s kind of a motivator.”

Make no mistake about it, black players in the NHL are treated differently than white players. Perhaps even, held to a higher standard.

No one is more proof of that statement than P.K. Subban.

Subban is an eight-year, All-Star pro with an impressive resume that includes a Norris Trophy. His “big” personality matches his “big” heart. His charitable work far surpasses anything he has done on the ice. These are attributes that would make any white player, one of the faces of the league. The suits upstairs would fall all over themselves promoting him.

Instead, the NHL ignores the positives of the black player like Subban and focuses on the negatives, which of course makes it hard to forget that Subban is a black man toiling in a lily white sport. He is one of approximately 5% of people of color employed in the NHL. The characteristics most used to describe Subban by the NHL and its affiliates are flamboyant (black), selfish and a defensive liability.

Subban celebrates very loudly, dresses stylishly and donates millions of dollars of his own money to children and hospitals. He’s not the first black man to do so in the NHL, but as CBC’s Adrian Harewood puts it, he has “performed his blackness freely.”

An example of the closet racism practiced by the NHL is shown in this cringe-worthy Darren Pang video clip:

Subban was called out before Game 2 of the Conference semi-finals when NBCSN commentators Keith Jones and Mike Milbury were discussing his solid Game 1 work.

When it was thrown back to Milbury and the camera replayed Subban dancing around during warm-ups, he went on an ill-advised rant:

“He’s got a tremendous personality and sometimes you’ve got to keep it under control. I know it’s a new day and age and everybody wants to be on Instagram or Twitter,” said Milbury. “But you’ve got to keep focus. This is a tough game. When I see this I start to think maybe Peter Laviolette ought to give him a rap on the head and say, ‘Hey P.K. focus in, we’ve got a game tonight and you don’t have to be a clown out there.’ And he will. He’s been a clown in the past and we’ve seen him act like a clown but when he’s serious and focused he’s one hell of a player.”

Here is video of Subban committing the Milbury crime:

A curmudgeon white broadcaster urging a white head coach to go to his star black player and “rap him on the head.” It was the absolute worst choice of words and in fact racist.

Remember, Milbury is the guy that hopped over the glass and beat a paying customer with his own shoe in his playing days with the Bruins in 1979.

There is no argument about Subban’s skills and abilities on the ice.

The ascent of the Nashvlle Predators to the top of the Western Conference is proof of his value to a franchise and the league.

Nashville’s sweep of the heavily favored Chicago Blackhawks in the first round of the playoffs was a direct result of a defensive smothering by Subban and the Predators blueliners. Goalie Pekka Rinne had as many points (2) as the Hawks superstars Jonathan Toews and Patrick Kane, who led Chicago in scoring over the four game series. Subban was a +2 in the series while averaging over 25 minutes on ice per game.

In the conference semifinals, Nashville eliminated the Blues in six games. Subban and his defensive core allowed just 11 goals. Subban tied for the team lead in points with five.

Revenge proves its own executioner, so you won’t catch Subban siding with his fans loitering in the playoff debacle of his already eliminated ex-team, the Montreal Canadiens.

PHILADELPHIA, PA – JANUARY 05: P.K. Subban #76 of the Montreal Canadiens looks on before a face off against the Philadelphia Flyers at the Wells Fargo Center on January 5, 2016 in Philadelphia, Pennsylvania. (Photo by Elsa/Getty Images)

In their infinite wisdom the Canadiens attributed Subban with characteristics such as too flamboyant, selfish and a defensive liability. They exported him to Nashville in June in exchange for Shea Weber. Canadiens coach Michel Therrien publicly stated that Montreal was “a better team now.”

How’d that work out for ya Habs?

Therrien was fired in February and Montreal was eliminated by the Rangers in the first round of the playoffs.

As far as the trade analysis, Subban played 12 less games than Weber and scored 40 points to Weber’s 42. The hockey reality is that while the Canadiens are teeing it up, Subban and his Predators are playing the Ducks in the Western Conference Finals.

Like “Mad” Mike Milbury, the NHL offices are filled with old school ignorant cronies that could care less about growing the sport. Keeping hockey a peripheral sport in the United States is just fine as long as the old boys club stays in power.

P.K. Subban…A Norris Trophy winner, exciting to watch, always a great interview, a leader in the Conference Finals, charitable and black…just the type of player the NHL doesn’t want to represent their league.