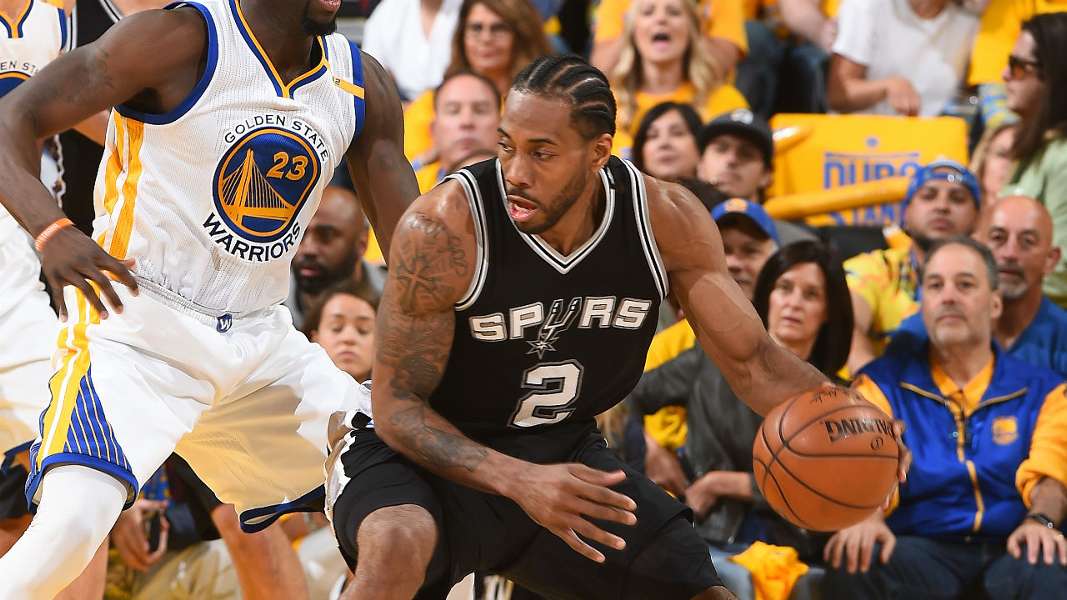 With the San Antonio Spurs up 25 points midway through the third quarter, Kawhi Leonard went down not once, but twice. Injuring the same left ankle that kept him out of Game 6 in the previous round against Houston.

And that was the moment the Golden State Warriors woke up.

Stephen Curry scored 40 points as the Warriors rallied for a 113-111 win over the Spurs in Game 1 of the Western Conference Finals on Sunday afternoon.

Kevin Durant added 34 points, including 10 straight for the Warriors. Zaza Pachulia had 11 points and nine rebounds for Golden State, who went on an 18-0 run following the injury to Leonard.

”Steph got us going in the third, I just tried to do my part in the fourth,” Durant said.

Leonard injured his ankle twice in the quarter. The first injury came when he stepped on the foot of teammate David Lee on the bench and the second was after a shot attempt as Pachulia slid towards the MVP candidate twice with Leonard coming down on the foot.

”It’s a tough break. He’s coming from an injury on that ankle and he tweaked it twice in the last minute he played,” Spurs guard Manu Ginobili said. ”So we couldn’t react to his absence.”

Leonard is expected to get an MRI on his ankle Monday morning.

Up next: The Spurs trail the best-of-seven series 0-1 and will look to even the series up on Tuesday when they take the court for Game 2 at 8 p.m. inside Oracle Arena.