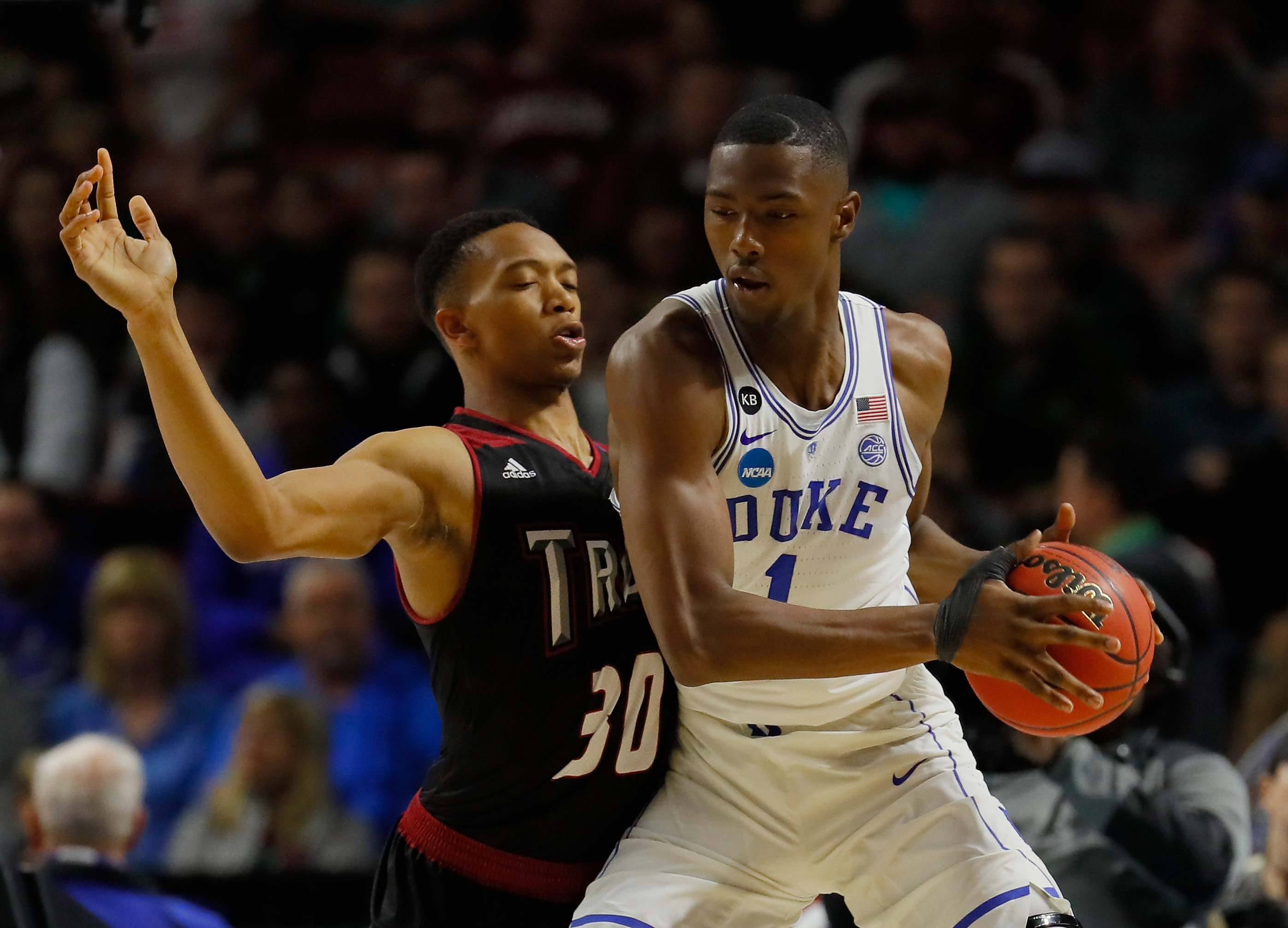 Conclusion: Entering his freshman year, Harry Giles was one of the most highly-touted prospects in quite some time. An early bloomer, he had the size and strength to dominate high school competition on an international level. Unfortunately, his progress was derailed by major injuries and the consequent lost time to develop other facets of his game. Before tearing his left ACL, MCL, and meniscus in high school, Giles was an explosive big who could run the floor and dominate in the paint. Then he tore his right ACL before joining Duke and was limited to 26 games off the bench while seeing a meager 11 minutes per game. Judging his future requires a careful examination of his long-term health and the probabilities of whether he can reach his ceiling as a pro, or settle in as a backup center with injury risk. Without further insight into his medical records, knowing he is just a 19-year-old and both of his knees already sustained major trauma will be a major red flag throughout both the draft process and his entire career. You are not healthy until you are healthy for a significant period of time. Ask Greg Oden or Joel Embiid. Those prospects had Hall of Fame potential, which resulted in teams risking a top pick. Giles has starter potential, which will result in him going mid-first round at best.

The optimistic take on Giles is that a 19-year-old center with length and agility who can run the floor and should regain some of the explosion he lost pre-injuries should translate into a productive center in the current NBA. His role would be limited to transition offense, good rebounding, and strong post defense. That would make him a productive starting center. Giles has some really good footwork and agility, but lacks touch or post moves, which limits him to rolling to the rim for all of his offense right now. He may never develop a reliable mid-range jump shot either, so expect pick-and-roll offenses to suit his game. Perhaps we can chalk it up as rust, but it looked like the pace of the college game was too fast for Giles. He struggled with decision-making and awareness. Gritty defenses forced him into uncomfortable turnovers, and he will need several years to get into the rhythm of the NBA game. Any draft investment in Harry requires patience (and inherent injury risk), but by the time his rookie contract expires he may be turning into a starting caliber player. This means every team drafting in the 20-30 range of the first round should be spending the next month assessing his medical records and determining if their current roster situation enables them to make this calculated risk – locking Giles into a cheap rookie scale contract and hoping he rediscovers some of his former dominance as he continues to improve his skills, progress physically, and regain confidence in his body (and his game).