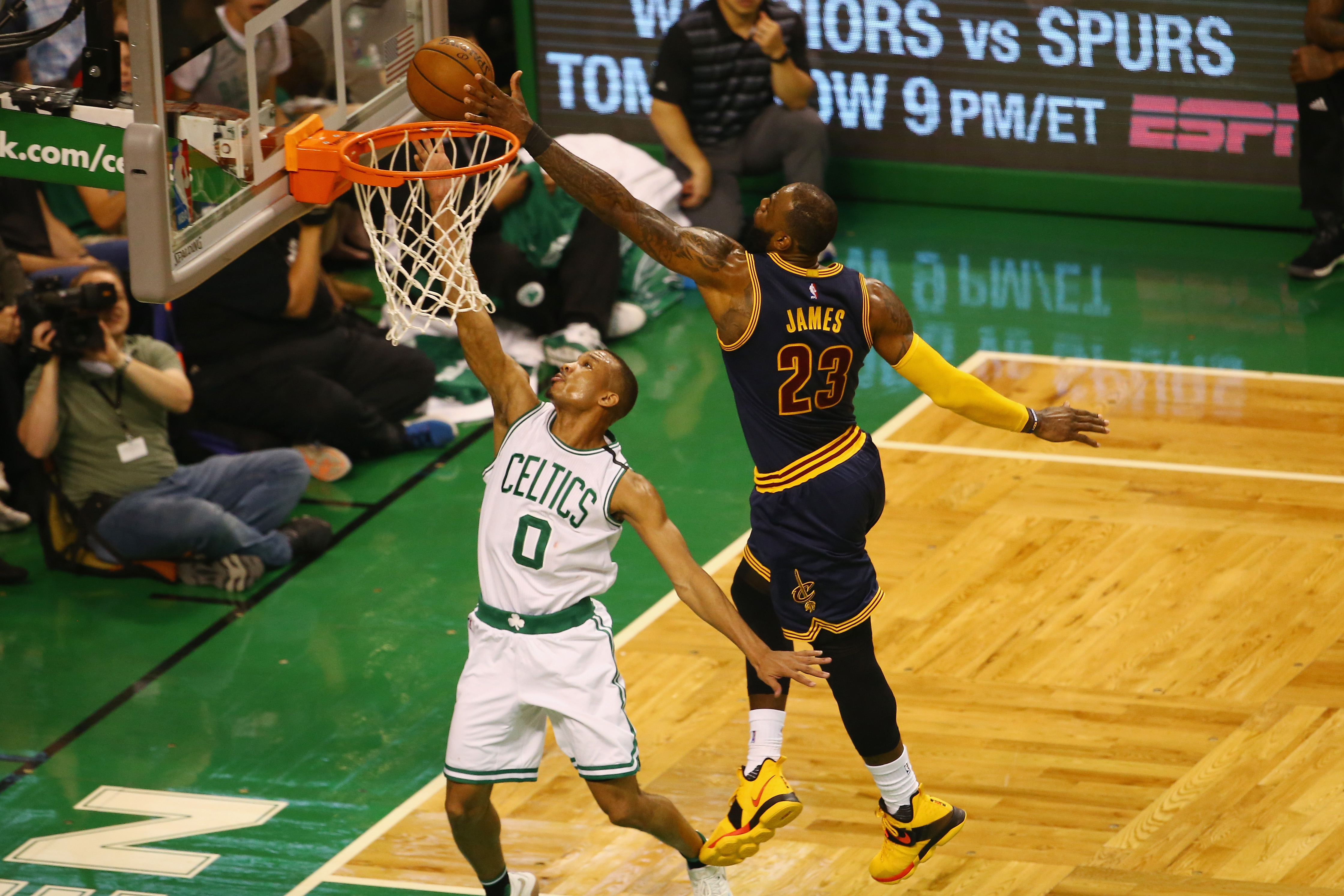 Thursday night, many of the Cavaliers walked around the city of Boston after dinner listening to Future and Kendrick Lamar. On Friday, they strolled right into the TD Garden and embarrassed the Celtics in Game 2 of the Eastern Conference. With the win, the Cavaliers have now won 13 straight playoff games and have not lost any type of basketball game in 37 days. Is that good?

Cavs match 1988-89 Lakers for longest winning streak in playoff history at 13 games. Both teams did it over two consecutive postseasons.

It seems obvious to say that a lot went well for the Cavs. Given their hot shooting (57% from the field overall and 49% from three), it seems even more trivial to say that the offense performed well, too. To sum it up, the Cavaliers played with an incredible amount of energy and passion that has translated to their incredible play this postseason. Even when the Cavaliers were ballooning their lead and scoring at will in the second quarter, the defense continued to answer the bell.

The Cavs’ Big Three played extremely well, combining for 74 points on 27-of-43 shooting overall and 11-of-21 from three-point range. While both James and Love were once again magnificent, the major story is the play of Kyrie Irving. After shooting 4-for-11 in Game 1 and having a relatively rough shooting Playoffs to this point, Irving bounced back to score 23 points on 8-of-11 from the field. If Irving continues to play elite basketball, the Cavs are going to be impossible to beat.

Before the Playoffs, there was a great debate about whether or not the Cavaliers could and would flip a switch entering the postseason. Many were skeptical that the Cavs had a switch to flip and that continued throughout the beginning of the postseason. Ten games in to this version of the Playoffs, it is beyond clear that not only was there a switch to flip, but that the Cavaliers knew exactly when to flip it, as well.

In the first two games of this series, the Cavaliers have done a tremendous job using defense to create flow for their offense and vise versa. Even when they were preparing for a championship run last season, the Cavaliers were not playing at this level. This is an exciting time for Cavaliers basketball and it needs to be recognized and appreciated.

This one seems pretty easy: The Cavs are going to sweep the Celtics when the series shifts to Quicken Loans Arena on Sunday. A significant factor is certainly the health of Isaiah Thomas, who did not return to the game after halftime with a hip injury suffered in the second quarter. If the Celtics were going to win any games in this series, it would have had to have been because Thomas had some sort of other-worldly performance. Instead, Thomas has had little to no impact on the series so far, but if he is unable to play at all moving forward, the Celtics have little to no hope. Thomas was held to only 2 points, without scoring from the field.

It would be remiss to neglect mentioning that the Cavaliers have been known to look past teams playing without their star (see a bad loss at the hands of the Anthony Davis-less Pelicans in February), but it at this point, it seems nearly impossible to fathom that the Cavaliers are capable of losing their focus.