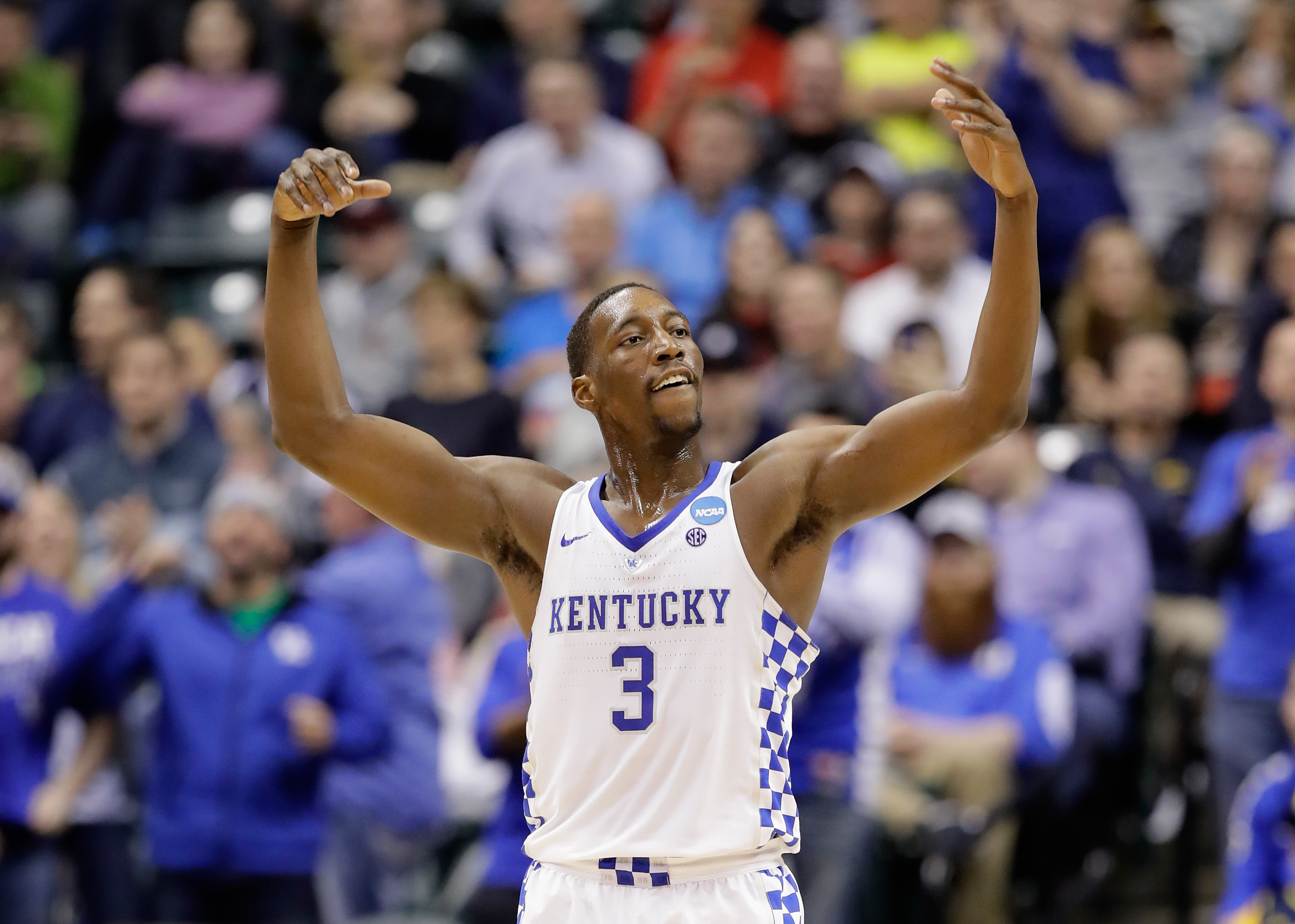 Conclusion: Despite his mediocre free-throw percentage, Adebayo’s shot doesn’t look bad. He has a soft touch in the mid-range, and could eventually be making 70 percent or more from the charity stripe. The concern with Bam is that he might be a bit undersized at center in the NBA. It’s easy to see why a player like Robert Williams, who opted to return to Texas A&M, was rising in mocks while Adebayo went from being a likely lottery pick in the preseason to a probable second-rounder heading into June. Adebayo looked somewhat small next to Williams in their late-season matchup. Bam has a wide frame and broad shoulders a-la Dwight Howard, and the former All-Star had similar measurements as a high school senior in the NBA Draft Combine.

But at 18, Howard was already longer than Adebayo is at (nearly) 20, boasting a 7-4.5 wingspan and a 9-3.5 standing reach (compared to 9-0 for Bam). Adebayo arguably enters the league with a leg up on Howard offensively, but defense is what matters most at the position. He’ll need to improve quite a bit on defense, particularly when it comes to switching onto guards along the perimeter. There were times he looked lost attempting to deal with smaller and quicker players, and it’s no certainty that Adebayo is going to be an adequate rim protector given his (relative) lack of reach. Adebayo could end up being a steal in the second round if he gets better on defense and continues to fill out his impressive frame. He was an underrated, unselfish passer out of the post at Kentucky, but the lack of shooters surrounding him made it difficult for Adebayo to tally many assists. Wise opposing defenses clung to Malik Monk and Derek Willis and gladly allowed De’Aaron Fox and Isaiah Briscoe the space to fire away. It’ll be interesting to see what Monk, Fox, and Adebayo can do at the next level with all the additional room to roam on offense.