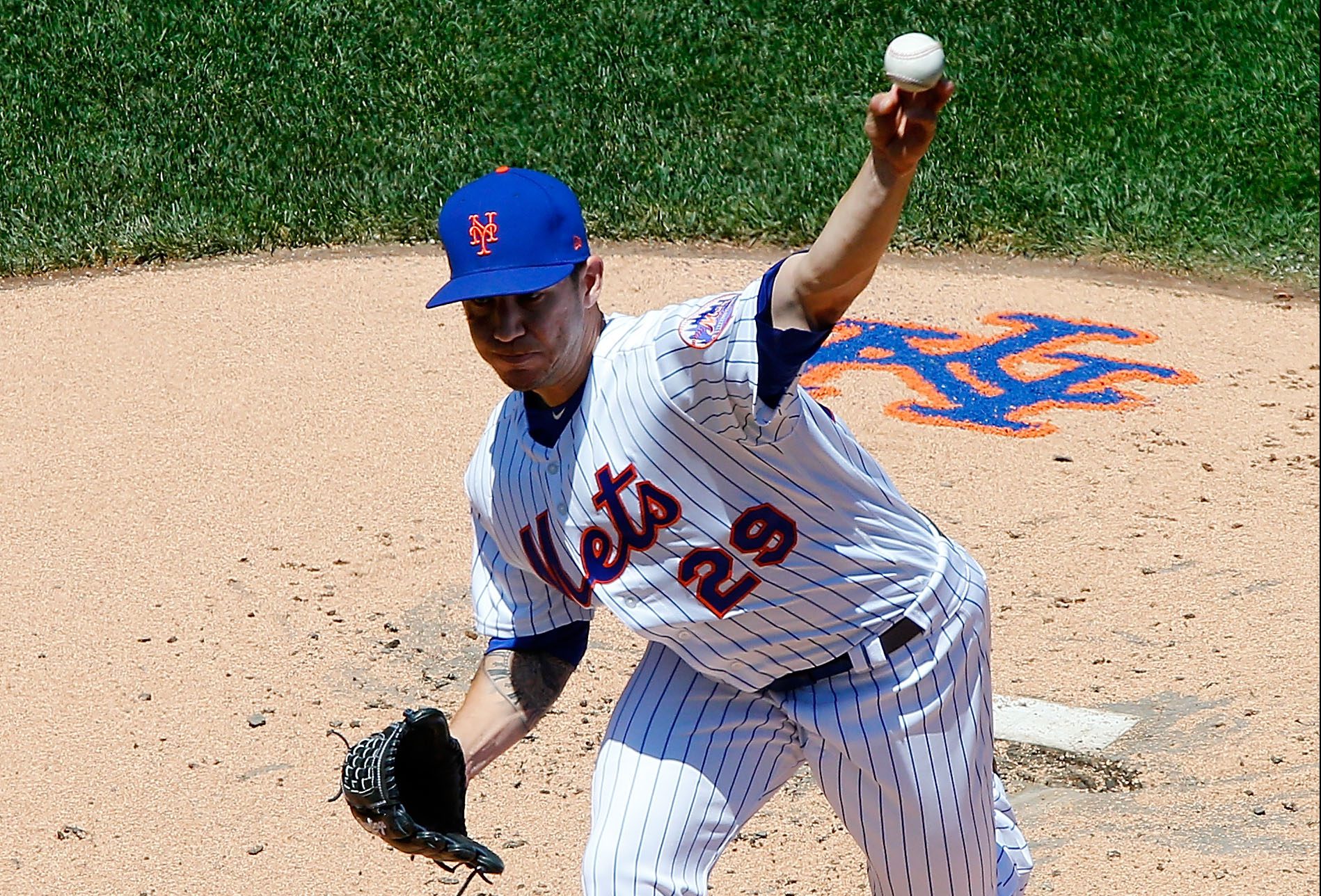 Somebody is going to be smart this week and play 791, which is Tommy Milone’s current ERA. It was inflated to that level after the first five hitters in Sunday’s game reached off him, capped by a grand slam by C.J. Cron. Then, he gave up two more home runs to Mike Trout and Jefry Marte to cap off an eight run outing in one and two thirds to point the Mets to a 12-5 loss to the Orange County Angels of Los Angeles, Anaheim, and Brea.

The ERAs of the first four pitchers on the boxscore today are now: 7.91, 8.10, 10.32, and 6.23. The pitcher with the 10.32 ERA actually pitched a scoreless inning. The one with the 6.23 ERA gave up three runs via a two out rally as he walked Luis Valbuena, gave up a double to Cam Maybin, and a home run to Andrelton Simmons. Those last two batters were right-handed, which means I have to do this again:

And yet Terry Collins has only let him face 28 lefties while he has had the opportunity to face 65 righties.

NEW YORK, NY – MAY 21: Hansel Robles #47 of the New York Mets looks into the outfield after surrendering a seventh inning three run home run against Andrelton Simmons #2 of the Los Angeles Angels of Anaheim at Citi Field on May 21, 2017 in the Flushing neighborhood of the Queens borough of New York City. (Photo by Jim McIsaac/Getty Images)

But hey, let’s all process Robles’ splits for what they are: Damning evidence that Collins managing more games than any manager in Mets history is a fluke. And also a cheap way to make this post seem longer, because at 5-0, I went out for a long walk and enjoyed the weather. Tommy Milone may not have been a great pitcher on Sunday, but Mets fans all over the world reconnected with their families for the first time since early April and fixed their relationships to the point to where they’re back on their loved ones’ wills. Sunday was productive.