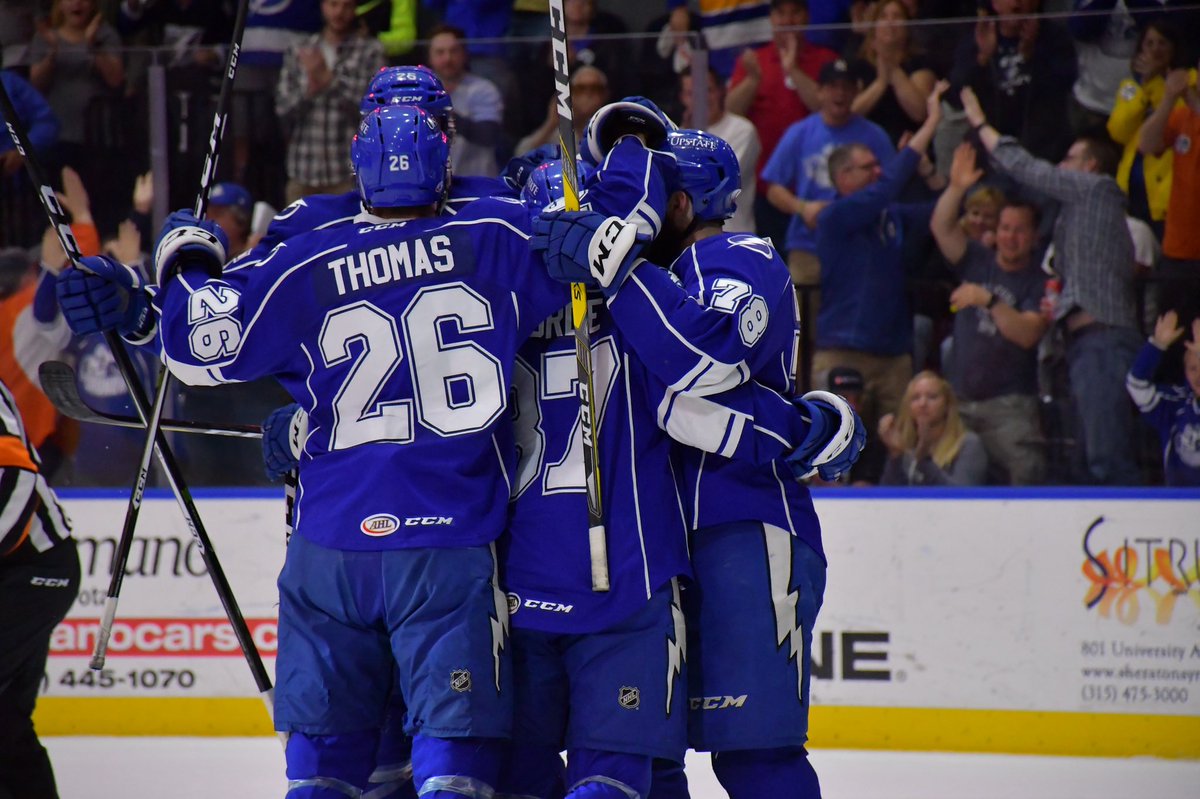 Syracuse Crunch goalie Mike McKenna repeatedly made big saves and was the reason that the Crunch held off a late Bruins rally to take a 5-4 win over Providence in Game 3 of the Eastern Conference finals Wednesday night at the War Memorial.

Cory Conacher scored twice and Michael Bournival, Yanni Gourde and Matt Taormina each had a goal.

Bruins all-star goalie Zane McIntyre was yanked out of the game after allowing Syracuse’s third goal.

The Crunch now leads the best-of-7 series two games to one. Game 4 is 7 p.m. Friday at the War Memorial.