Your Morning Dump... Where Brad Stevens refused to double team Kyrie and it cost the Celtics 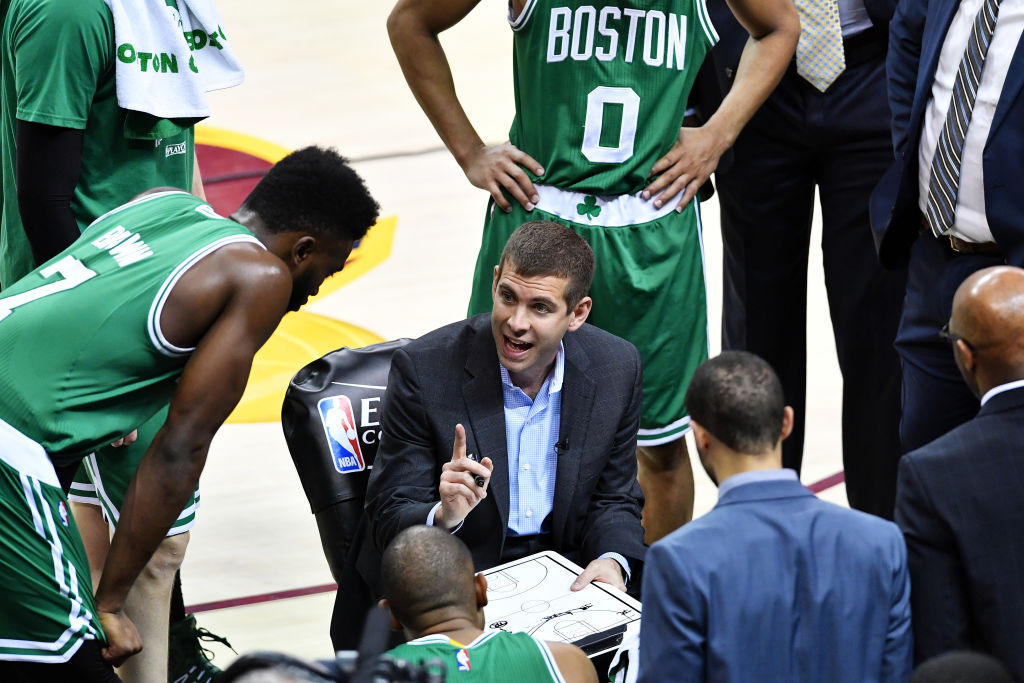 Your Morning Dump... Where Brad Stevens refused to double team Kyrie and it cost the Celtics

Irving carried the Cavaliers when LeBron James picked up his fourth foul midway through the second quarter and was relegated to cheerleader. And while the Celtics once held a 16-point first-half lead, Irving scored enough to cut into the lead with the best player on the planet off the court.

It was that spurt that cut the Boston lead to 10 at halftime and then Irving went to work again with the Celtics clinging to a 69-66 lead, scoring 19 of the Cavaliers’ final 21 points of the quarter. He was in a zone and the Celtics continued to defend single-handedly.

The Celtics will look back on Game 4 as one they really had a chance to steal. But their defense failed them at the worst possible time. It seems Stevens refused to relent and admit that Irving was the better man, as the Washington Wizards did to Thomas, and try various ways to get the ball out of his hands.

Perhaps trapping and double-teaming would have given the Cavaliers more 3-point opportunities, but it’s better than allowing Irving to score at will and give Cleveland full control of the series — again.

Gary Washburn comes off the top rope this morning with what might be the most scathing critique of Brad Stevens ever delivered by a Celtics beat writer.

As Liam so eloquently stated in the game recap, Irving reached supernova hot status and torched every Celtic who dared guard him. And Stevens – a master tactician – just let it happen.

I realize there are consequences to trapping Irving. But how hot does Irving have to get before Stevens realizes the gamble is necessary?

Kyrie is an elite player. It’s not like he’s Kelly Olynyk riding a temporary streak. Irving could have scored 60 points last night if he wanted to.

I was praying for a hard foul (nothing dirty, just hard) but I knew it wasn’t coming. I’m also not convinced it would have mattered.

I’ve reached my breaking point on the lack of rim protection. Ainge NEEDS to bring in someone who has the ability to alter shots in the paint. Alligator arms Olynyk is driving me nuts.

On Page 2, are we underestimating Thomas’ hip injury?

Isaiah Thomas met with his first specialist Monday, and based on what Celtics coach Brad Stevens said yesterday, the injured guard might have many doctor’s visits to make before he decides on a course of action, including surgery on the torn labrum in his right hip.

Thomas planned to speak with doctors in Boston and New York, and it’s possible he might expand the process to other parts of the country.

“Isaiah saw somebody (Monday),” Stevens said before Game 4. “He met with one physician, one specialist. His X-rays and all of the information that they gathered are being sent to another specialist. I think he’s probably going to collect one to two more opinions and then go from there before he ultimately makes a decision on the next step, whether that next step is surgery or a specific rehab program, whatever the case may be.

I feel like the stupid takes (IT quit, the Celtics are better w/o Thomas, etc) are distracting us from the severity of this injury.

This shit seems serious, especially if surgery is required. Here’s Jessica Flynn, a sports medicine doctor at the Lahey hospital:

The best-case scenario for Isaiah Thomas is that he responds to rest from basketball, more physical therapy, and possibly one steroid injection. If he has already exhausted these options or if his medical team decides that he needs a more aggressive approach, then hip surgery would be the next step. Recovery from surgery could be anywhere from 6-9 months, depending on what is done and how he responds. The good news is that over 80% of athletes return to prior level of play after hip arthroscopy, although there is no specific data for NBA athletes. The bad news is if Thomas does require surgery it will likely impact the beginning of the 2017-18 season for an athlete who has shown himself to be the heart of the Celtics team.

It’s almost June. That recovery timetable means Thomas could miss half of next season. HALF!

Speaking of Fultz, he looks good in green: