It's The Kind Of Insanity That Requires Effort 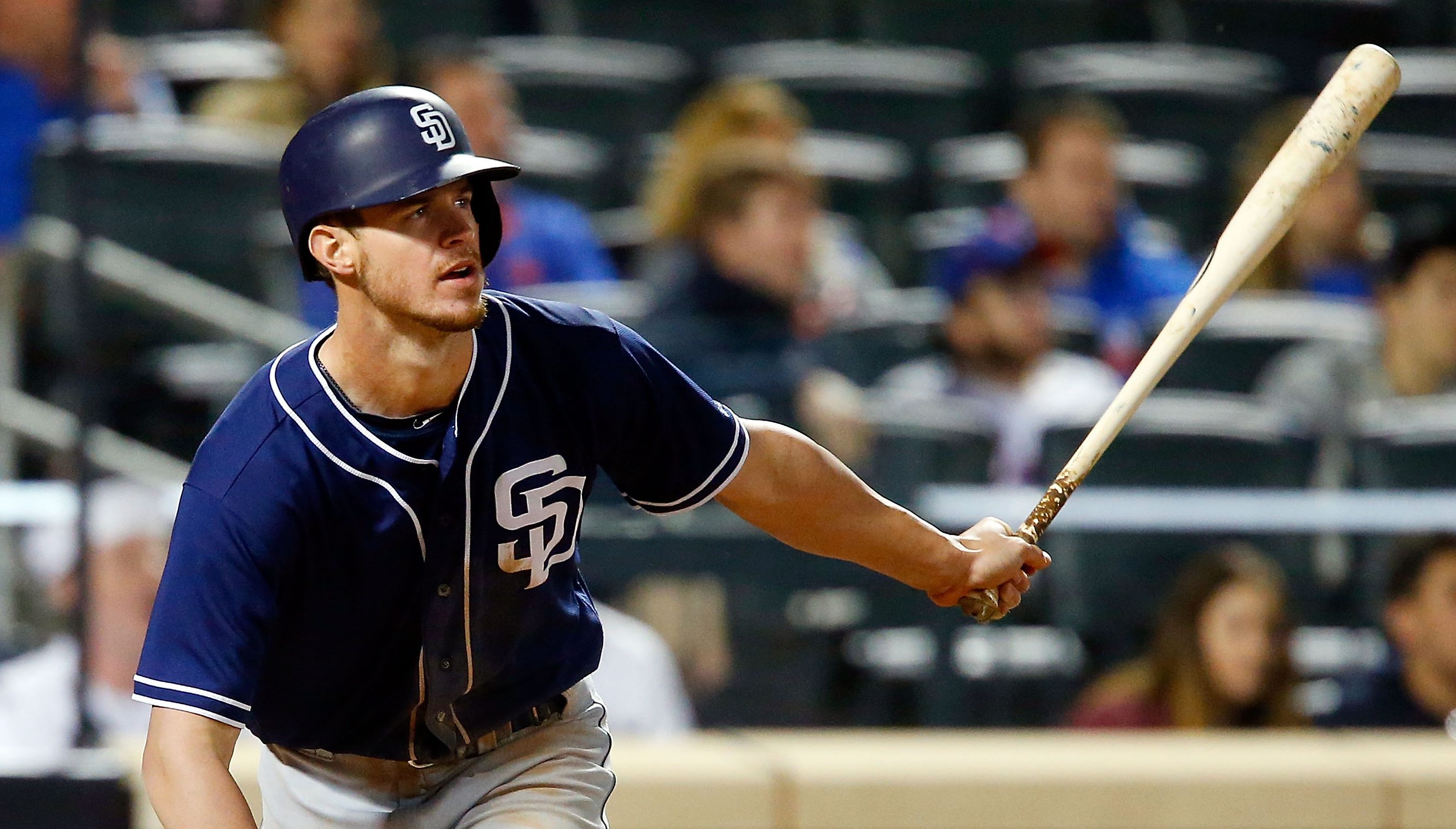 It's The Kind Of Insanity That Requires Effort

Correct me if I’m wrong, but we’re in the era of the super reliever, right? We saw it with Andrew Miller last year, and more and more good relievers are being used slightly differently so that the best ones are in the most important spots during the game. Now, I don’t know how Terry Collins did it last night, and it’s really astounding how this happened. But Collins put the worst reliever on the staff on the mound for the most important and dangerous at-bat of the game.

Let’s set the stage. It’s 5-3 to start the seventh inning. It was one of those sleepy games where no matter how much the Padres scratched to get back in it, it didn’t seem like the kind of game anybody would be worried about. The Padres after all, with their three Rule V players in the starting lineup at any given moment, are less a baseball team and more a science experiment. Collins, who already started the day with some demerits because he couldn’t even bring himself to admit to the media that Jay Bruce had a stuff back, pulls Gsellman at 84 pitches after six innings. One day after using four relievers with an 8-2 lead on Tuesday, Collins gives the last hint as to why the entire Mets bullpen is in the top five in appearances by pulling Gsellman early. Worse off, his explanation for it was straight out of the Jerry Manuel playbook, which is grounds for dismissal in my book.

Terry Collins said he took Robert Gsellman out after six because he had been struggling, and he wanted him to leave "with a good feeling."

Fernando Salas comes in to start the 7th and gets the first two men out. Then Chase d’Arnaud singled, stole second, and went to third on a wild pitch. Then Salas walked Matt Szczur and Yangervis Solarte. The bases are now loaded with the Mets hanging on to a two run lead. Now, Jerry Blevins was unavailable. But there were other directions that Terry Collins could have taken. Oh, and did I mention that by far the most dangerous hitter in San Diego’s lineup was at the plate? So what does Terry Collins do to try to retire Wil Myers with the bases loaded?

He puts in Neil Ramirez, who has an ERA over ten.

Let me swaddle you in that scenario so that you understand: Terry Collins’ response to Wil Myers with the bases loaded in the seventh inning with a two run lead was to put in the worst reliever on the team!!! Don’t blame Ramirez here either. He was brought in to eat some innings so that the halfway decent relievers wouldn’t be overworked. He was not brought in to face Wil Myers with the bases loaded. But leave it to Terry Collins to somehow respond to a dangerous situation in the worst possible way. I’m sure Brian Kenny immediately scheduled a triple bypass for himself after watching that maneuver. Collins has unwittingly invented the Reverse Andrew Miller, which sounds like an unscrupulous Belgian sexual position.

NEW YORK, NY – MAY 24: Hunter Renfroe #10 of the San Diego Padres hits a home run in the eighth inning against the New York Mets at Citi Field on May 24, 2017 in the Flushing neighborhood of the Queens borough of New York City. (Photo by Jim McIsaac/Getty Images)

Myers, predictably, tied the game with a two run single off the top of the wall. The later innings were a mere formality after that, because the Mets didn’t deserve to win anyway. Josh Smoker, who was sent down to work on a four pitch arsenal, threw a fastball to Hunter Renfroe that is currently making its way up the Northern State Parkway to meet up with a home run ball that Steve Trachsel gave up at a diner in Happauge. That gave the Padres the lead at 6-5. Then in the bottom of the ninth, the Mets loaded the bases with nobody out. I’ll give you three guesses how that turned out, as Brad Hand closed the swinging door on them.

Coincidentally, a report came out after the game that the Padres have some trade interest for Hand. Hopefully it’s the Mets who went down the hallway to see if he was available for Collins to misuse.

The Mets lost 6-5 to a team whose most popular player is Ginny Baker. They had a 5-1 lead in a game that was very much like Justin Upton without the driving rainstorm. Tonight, the Mets go up against somebody named Dinelson Lamet, to which the Mets will no doubt respond by saying “you misspelled Christy Mathewson.”