Whatever Direction They Go, The Toronto Raptors Should Believe In Masai Ujiri 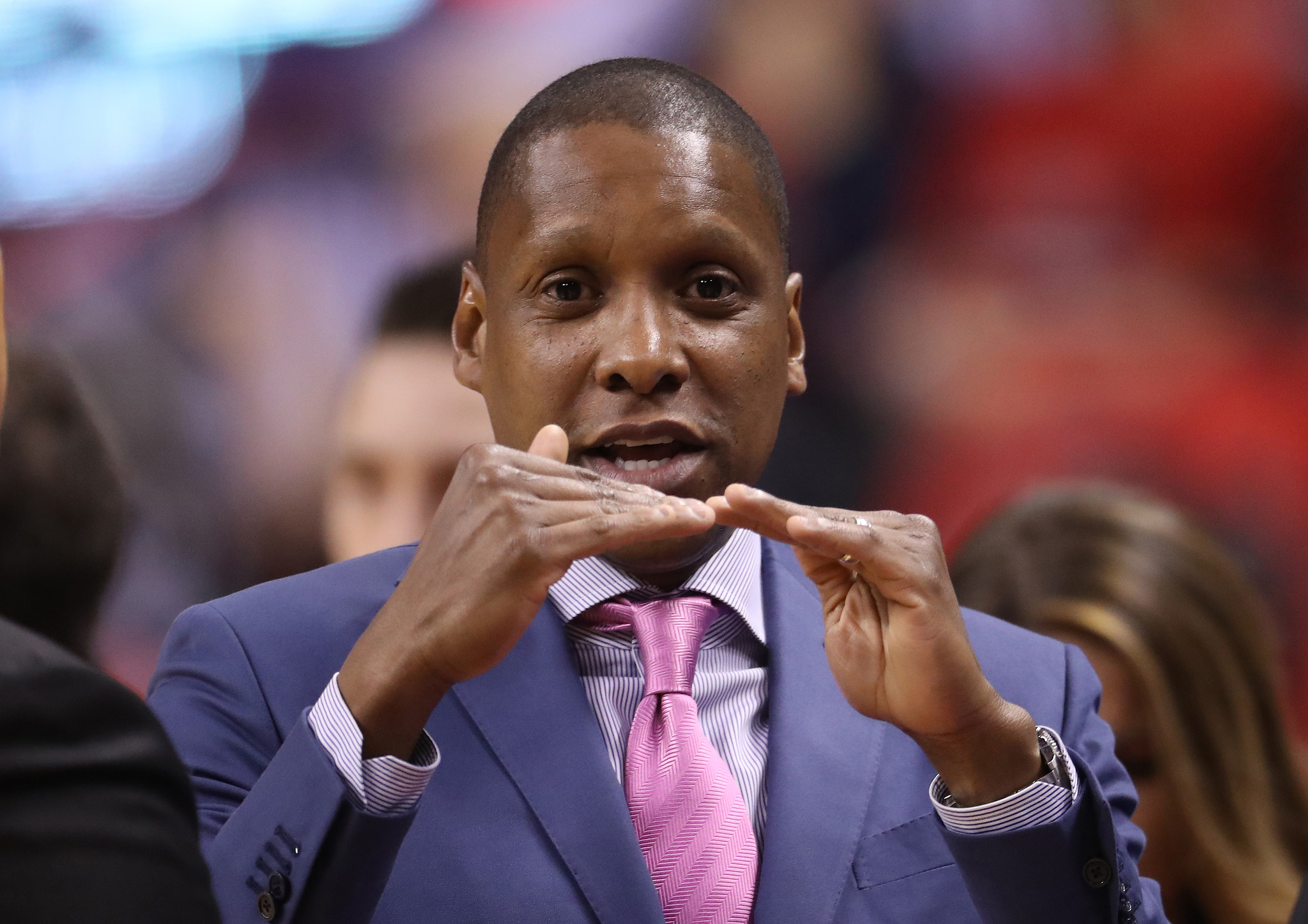 Whatever Direction They Go, The Toronto Raptors Should Believe In Masai Ujiri

The most underrated aspect to a successful basketball team is a great general manager. The day-to-day work of a general manager, highlighted by balancing a team’s present and future, goes without saying. Look at Cavaliers GM David Griffin. Griffin has managed to create an excellent team around LeBron James without sacrificing much of the future and he’s still without a contract.

Which is why I ultimately trust Toronto Raptors general manager Masai Ujiri heading into this upcoming offseason.

Toronto has one of the most interesting set of decisions to make this offseason. They have four free agents of note – Kyle Lowry, Serge Ibaka, P.J. Tucker, and Patrick Patterson – and a decision to make on head coach Dwane Casey, who owns four straight seasons with 40 or more wins and one Eastern Conference Finals appearance. No team could sway one way more than the Toronto Raptors.

It stands as a team’s true pivot point. Lowry is the best of the group – a legitimate top-five player in the Eastern Conference. Serge Ibaka has slowed down since his days in Oklahoma City, but he’s still an ideal five with his mobility and ability to space the floor. Tucker and Patterson are ideal bench players who defend multiple positions and shoot the three.

Either way, I believe in Ujiri to lead the charge. His tenure in Denver boasts their last playoff team and even as Toronto began it’s retooling, it started with the Rudy Gay trade, turning Gay’s large contract into smaller assets and rebooting the Raptors into an Eastern Conference power with smaller pieces around high usage stars in Lowry and DeMar DeRozan.

Assuming Lowry does return – the interest in him going west is intriguing – then the next step for Toronto is picking between Ibaka and Jonas Valanciunas. Ibaka is a better fit for today’s NBA – someone who can make plays in space and spread the floor. However, Valanciunas is younger, and the recent playoff results suggested that this team wasn’t much different from last year’s.

The issue with Jonas is simple – he’s not a good rim protector, he can’t shoot threes, and he’s been relegated to the bench in two of his last three playoff series. He’s a good player who can only play about 25 minutes against the best teams in the league. Does Masai keep Jonas and continue to monitor his growth, or does he flip him for another asset and attempt to re-sign Ibaka, who’s slowing down, but a good center fit?

Along with that decision, I’m curious to see how Ujiri molds the rest of the roster. This team lacks upside. With two first round picks last season, Toronto selected Jakob Poeltl and Pascal Siakam – two good players, but two guys who don’t have super-level upside. Even Norman Powell, a nice 3-and-D wing, doesn’t have that next gear in his game.

Toronto is going to need more upside in the mix. They have one of their two first round picks remaining and could shoot for the stars.

Through it all, I envision Ujiri making the correct moves to help the the Raptors. If Lowry leaves? I expect Toronto to correctly retool the roster for a down season. If he brings the gang back together, Ujiri should be able to balance the win-now mode they’ll be in with the right amount of upside to sustain the long-term run.