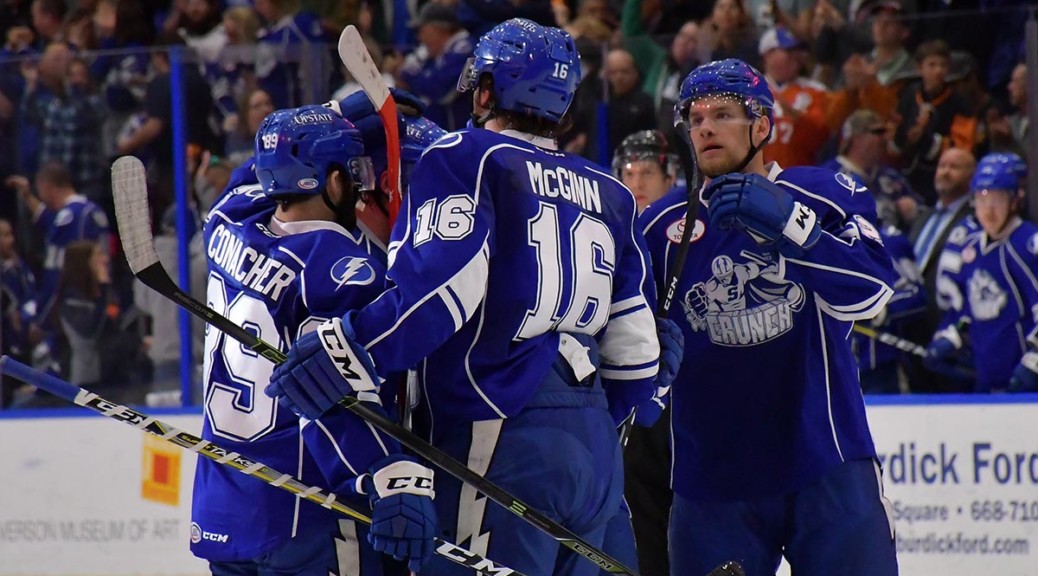 Cory Conacher recorded his second consecutive four-point game, Yanni Gourde added four points of his own and Syracuse routed Providence, 7-2, in Game 4 of the Eastern Conference Finals on Friday night.

With a 3-1 series lead, the Crunch can earn a trip to the Calder Cup Finals with another victory in Game 5 on Saturday (7 p.m. ET, AHL Live, NHL Network Radio).

Syracuse continued its sheer dominance on home ice this postseason, improving to 8-0 at the War Memorial Arena while outscoring its opponents 39-19 in those games. The Crunch have scored 31 goals in their last five home contests.

Conacher and Gourde each tallied a goal and three assists, Michael Bournival scored twice, and defensemen Matt Taormina and Ben Thomas each notched a goal and an assist.

Jordan Szwarz scored his fifth goal in the last five games for the Bruins, and Danton Heinen moved into a tie for the AHL lead with his ninth goal of the playoffs.

Zane McIntyre allowed six goals on 30 shots in two periods before getting the hook for the second straight game; Malcolm Subban stopped nine of 10 shots in the third. – (TheAHL.com)