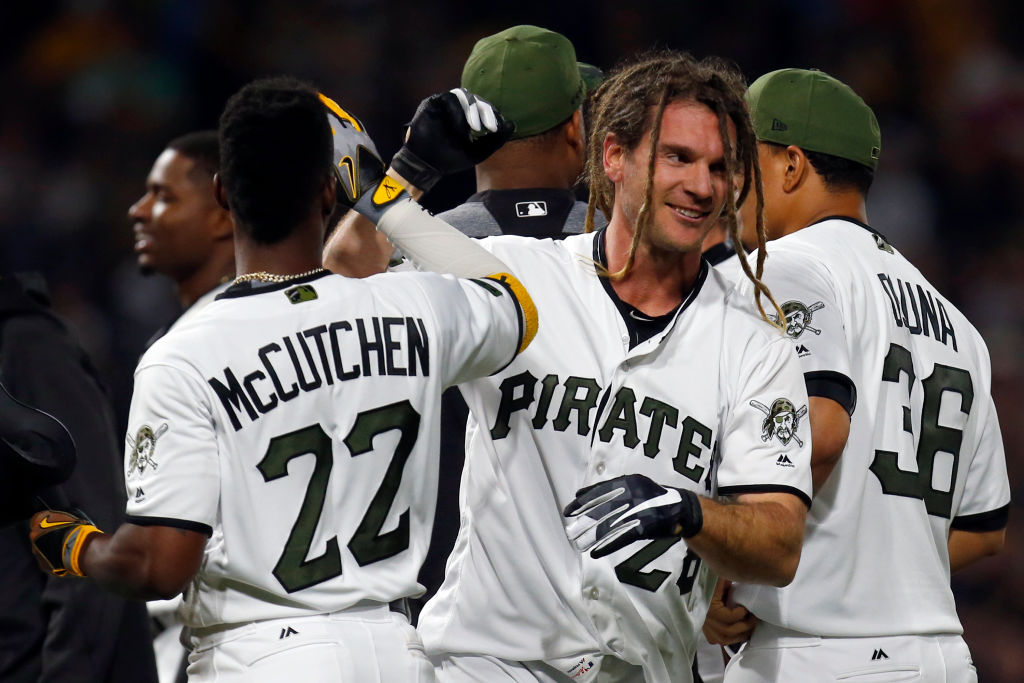 I know, I know. It was the FOX characters in the booth instead of our trusty SNY overlords. But Kenny Albert does his homework and he gave us a couple of hints as to just how confusing this team can be. First off, Albert and A.J. Pierzynski reported that according to Terry Collins (who celebrated his 68th birthday on Saturday night), there are no innings limits or pitch counts on Saturday night’s starter Zack Wheeler. Now, I don’t know about you, but I seem to remember Wheeler having an innings limit as recently as last week.

Instead of trying to decipher what the heck is going on with this franchise, I figured that I had better just suck it up, and self medicate with some good old fashioned ignorance. Because ignorance, I’ve heard, is bliss. I need more bliss in my life to go along with less aggravation. So, I chose to ignore it, especially since Wheeler pitched very well again on Saturday, throwing 94 pitches in six innings. In fact, it was Pirates starter Gerrit Cole who came closer to a “Wheeler” than Zack did, throwing 98 pitches in five innings (a “Wheeler”: 100 pitches before the sixth inning) while giving up four runs on ten hits. The Mets, thanks to home runs by Jay Bruce, Travis d’Arnaud, and Lucas Duda, were in good shape.

PITTSBURGH, PA – MAY 27: Travis d’Arnaud #18 of the New York Mets celebrates after hitting a home run in the fourth inning against the Pittsburgh Pirates at PNC Park on May 27, 2017 in Pittsburgh, Pennsylvania. (Photo by Justin K. Aller/Getty Images)

Then in the seventh inning came the next hint that Terry thought he could do whatever he wants on his birthday. Obviously having not learned anything from putting Neil Ramirez into a bases loaded situation with the game on the line against San Diego on Wednesday, he puts in Ramirez again with a one run lead in the seventh inning. Predictably, he gave up a leadoff double before making way for Jerry Blevins, who thankfully cleaned up that mess and spared Collins from more scrutiny. But let’s not forget this, as this is more proof that this team will never learn anything, ever.

But you know what stinks? When your team comes away clean on the other side of dopey decisions only to give up a ninth inning lead because of something that nobody could do anything about, which is Addison Reed turning into a batting practice machine before our very eyes. He gave up two rockets to start the inning, and if the first one wasn’t caught by Juan Lagares at the wall then our lives would have been spared one extra inning. But John Jaso drove in the tying run in the ninth and off to the tenth we go.

The Mets produced a bagel in the top of the tenth and Collins decides to put in a guy making his major league debut to start the tenth, a guy named Tyler Pill. Sure, why not. I trust him more than I trust Neil Ramirez, and I’ve never seen Pill pitch. And guess what, that gave me something in common with Collins, because according to Kenny and A.J., Collins said that he, the manager of the New York Mets, has also never seen Tyler Pill throw a pitch.

Warthen: Pill, eh? What do you like about him?

Terry: I can spell his name easy.

Warthen: What about his pitching?

Terry: No idea. But screw it.

Never seen him pitch, puts him in a 4-4 game. I give up. Collins deserved to lose this game just for that reason. Was it his fault that Pill loaded the bases before Josh Edgin gave up Jaso’s first hit off a lefty all season for a 5-4 Mets loss? No. But I root for a team that puts in a reliever in the 10th inning that their manager has never seen throw a pitch. Unless A.J. Pierzynski is lying to me, and it wouldn’t be the first time, I root for a circus that needs a big top.