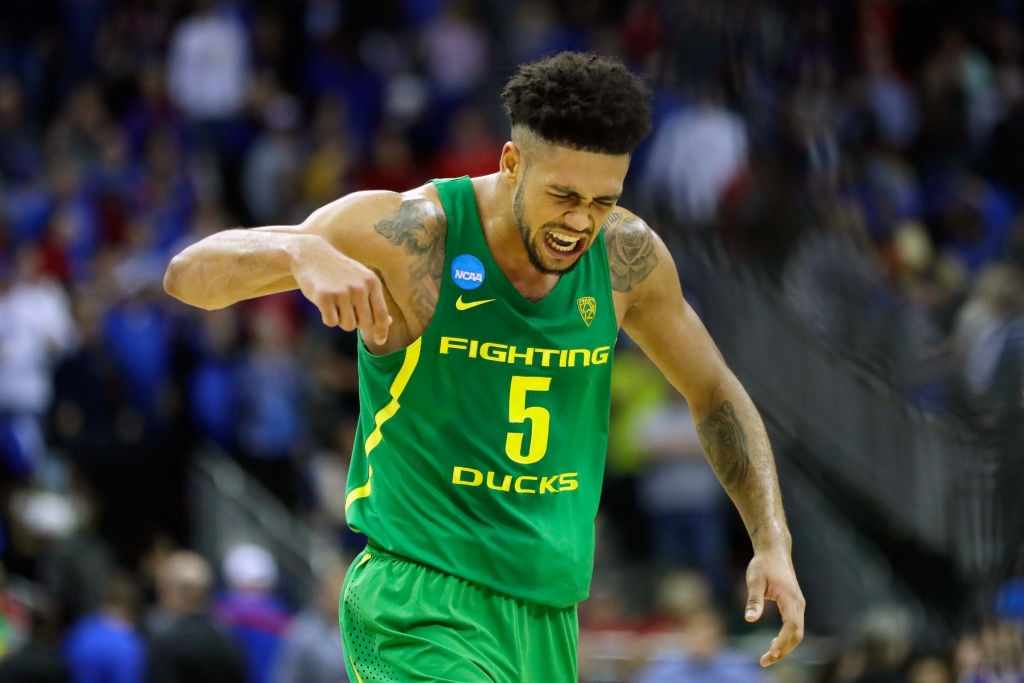 Conclusion: Despite delivering a less-than-stellar assist-to-turnover ratio, Dorsey is an unselfish player who is more than willing to make the extra pass. He isn’t bad off the bounce either, and Tyler would likely be a good fit on any team with a non-traditional point guard operating as the lead ball-handler. It’s not that difficult to imagine him coming off the bench for the Bucks and spotting up along the perimeter while fellow Greek Giannis Antetokounmpo drives the lane; or doing the same for the Sixers while Ben Simmons serves out the sauce. Dorsey will undoubtedly struggle to stay with the best point guards, but he does dig in on that end and compete. Nevertheless, the biggest question will be where he fits in on defense, because he might not have the length or strength to battle wings. Dorsey is probably a second round pick on draft day, but he could sneak into the late first round or go undrafted altogether (like teammate Dillon Brooks). There’s a wide range of possible outcomes, but Dorsey will most likely have to earn a spot on an NBA roster by impressing in the summer league.