I'll Need Something Stronger Than a Pill 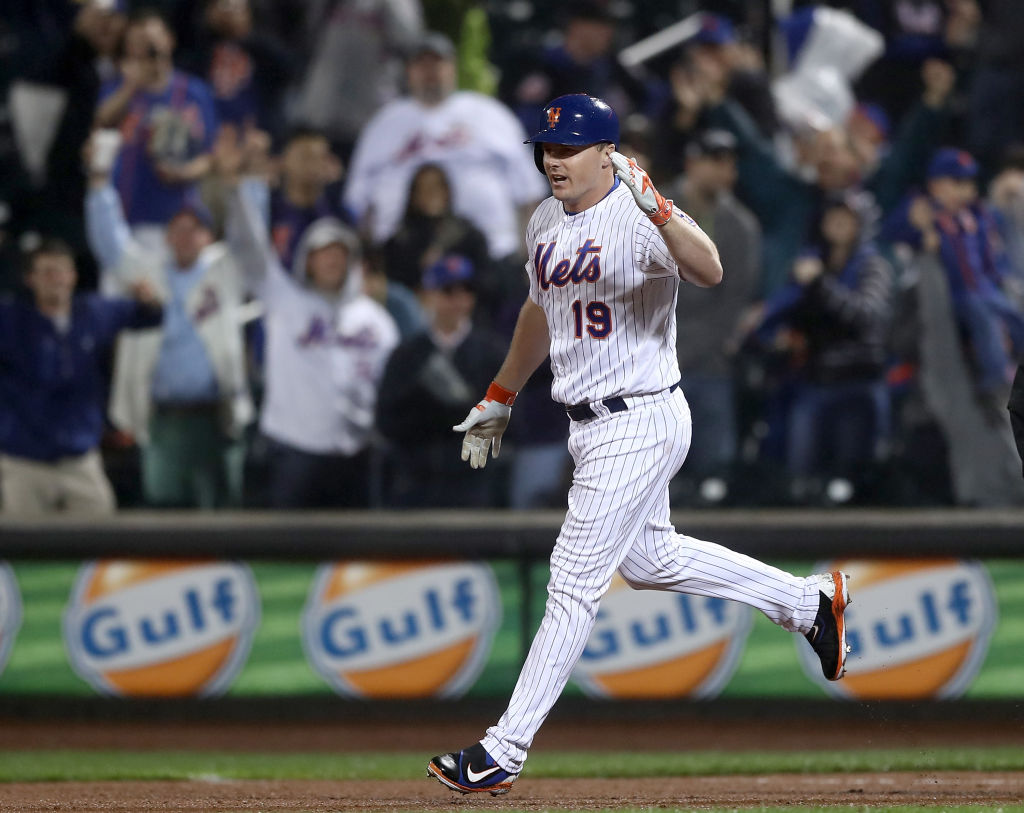 I'll Need Something Stronger Than a Pill

Whoever said “better the devil you know” has never watched a baseball game. Because once you know a devil, you want him gone. Tyler Pill started Tuesday’s game as the devil we didn’t know. We knew Rafael Montero. He needed to go. We didn’t really know Tyler, and before the weekend, neither did his manager. Sometimes devils you don’t know turn out not to be devils. So it was good to get a look at Pill.

NEW YORK, NY – MAY 30: Tyler Pill #56 of the New York Mets celebrates the last out in the fifth inning against the Milwaukee Brewers on May 30, 2017 at Citi Field in the Flushing neighborhood of the Queens borough of New York City. (Photo by Elsa/Getty Images)

Pill got the job done as best he could. He went five and a third giving up six hits, three walks, and one run. While nobody is ever going to mistake him as a Marvel Comics character (though “Medicine Man” would have worked perfectly), there’s nothing wrong with a back of the rotation guy who can paint the corners. He didn’t paint all of them at 62 strikes out of 103 pitches, but there is promise. After a leadoff triple in the fifth, Pill got Hernan Perez to foul out. Then with the count at 3-2 on Travis Shaw, Ron Darling said that Pill should go inside after throwing junk outside in the entire at-bat. When a young pitcher does what Ron Darling says, it’s quite impressive. Pill threw inside and got Shaw looking. A Domingo Santana ground out would end the inning.

After running the bases in the sixth inning as a result of his first major league hit, Salas threw 23 pitches in the seventh and loaded the bases. Jerry Blevins came in to relieve him and got Shaw looking before walking Santana to drive in a run. Then it was Jett Bandy at the plate with the bases loaded.

I saw this coming. Not because I’m smart, but because Luis Castillo conditioned me to. Pop-up is hit, and I say out loud “don’t f**k this up.” I was kidding. Then Cash Cab starts to drift, and I channel my inner Adam Rubin and say “oh no.” I’m not kidding anymore. He even tried to use two hands. It didn’t matter at all. The only thing that matters is that maybe Terry Collins is right and every baseball god in America hates the Mets … or at least they have a thing against Cabrera, who got three hits during Tuesday’s game that nobody will remember, ever.

The 4-2 win turned 4-4 tie became a race to see who would have to use their gas can first. It was either the Mets’ Neil Ramirez or the Brewers Wily Peralta. Josh Smoker pitched three scoreless innings for the Mets with no margin for error, and perhaps the best thing to happen to the team was going down 1-2-3 in the 11th, because one hit would have forced a pinch hitter for Smoker, removing him from the game and forcing the Mets to go to Ramirez in the 12th with Paul Sewald not available. But Smoker wound up pitching the 12th and Peralta threw a pitch in the game before Ramirez could get his feet on the slab. Here’s the result of Peralta’s 12th inning:

One of the themes of this season has been that the Mets lose these games. Take two out of three in a series? Fine. The loss will crush your soul, whether it’s a walk off, a 23-5 shellacking, or a loss where a sure handed shortstop drops a damn pop-up. Maybe winning a game where you have to overcome a Castillo moment is the breakthrough to bigger and better things. Or maybe it will be counteracted by Yoenis Cespedes pulling another muscle flipping a pancake or something.

I Don’t Hate Anybody Today, But Did You Know …

That Kevin Kobel was a Brewer?