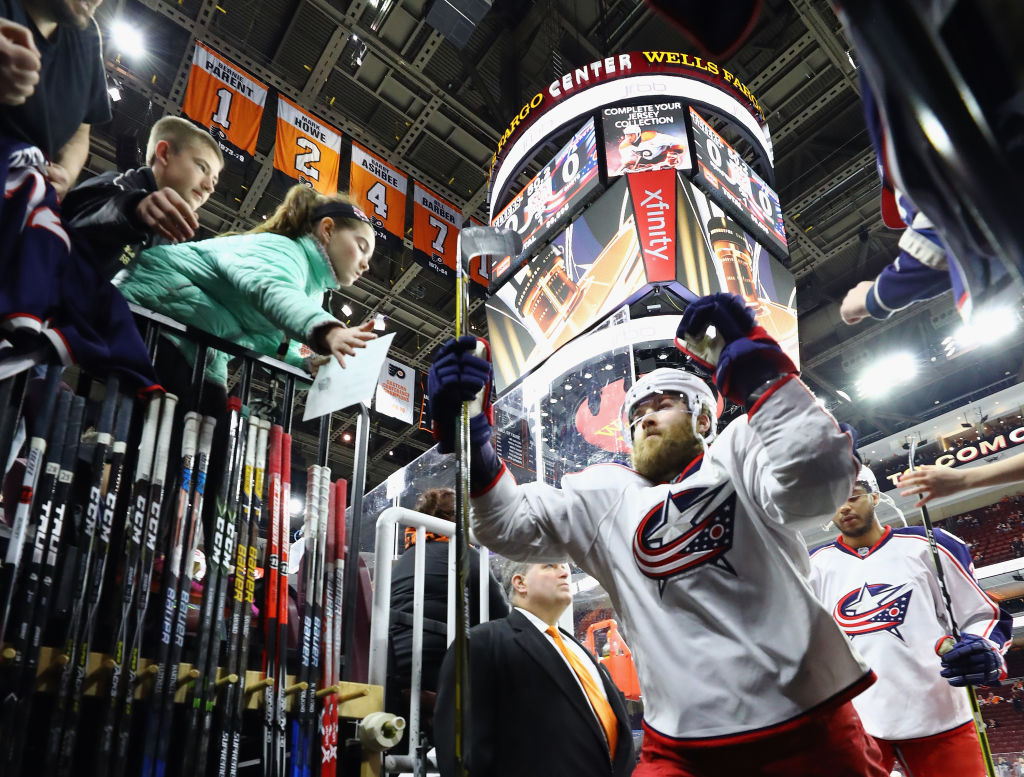 No Blue Jacket player improved their stock more over the 2016-17 season than David Savard. The possible exception might be his defense partner, Jack Johnson, but Johnson has a longer track record of less than stellar play, so it feels like there is a lot more skepticism regarding his season. As for Savard, around this time last year there were plenty of CBJ faithful (myself included) looking at Savard as a great option to lose to Las Vegas in the expansion draft. One season later, and I think you would be hard pressed to find anyone who would be pleased to see Savard go.

The major difference between the 2016-17 season and prior years for Savard? He’s finally playing in the proper role. Paired with Jack Johnson as per usual, Savard had been saddled with top pair minutes for far too long. The acquisition of Seth Jones and emergence of Zach Werenski meant Savard and Johnson were dropped to the second pair. Away from the responsibility of top minutes against top competition, Savard and Johnson flourished. While neither of them had fantastic offensive seasons, both Johnson and Savard had a positive Goals For % for the first time since 2013-14 (for Savard) and ever (for Johnson). In fact, Savard’s GF% of 61.9% ranked third in the entire NHL among defenseman with at least 800 5v5 minutes. It’s quite a jump to go from a minus, to near the top of the league.

So what exactly is it that Savard excels at? I looked at him somewhat as the spiritual CBJ ancestor of Fedor Tyutin. There isn’t exactly a flashy tool that either of them had that made them successful. They were just pretty good at most of the hockey things. Plus they were both saddled with top pair minutes for too long, when they were ideally suited for a second pair role.

However, there is one aspect of his game where I have long said that Savard excels at, and that is getting shots off. In a number of past goal breakdowns I have highlighted how good Savard is at walking the line. The playing style chart above (Savard is represented by the grey shape) backs up this claim, as seen in shot volume, primary shot assists, and total shot contributions. These are Savard’s strongest attributes and can all be traced back to his ability to get his shot off.

Savard’s primary weakness is simply his limitations. He’s fine at just about everything, but can easily be exposed due to his foot speed, puck handling ability, and passing. If he’s only playing against top competition he’s going to be buried, but give him enough run against bottom of the lineup players and there aren’t players who can take advantage of those weaknesses, and his general all-around play will push the puck forward and on the net.

Moving forward, I would expect more of the same from Savard. Given that he’s now firmly behind Seth Jones and Zach Werenski on the depth chart, Savard can really settle into his second pair role. He’s got enough skill to get some time on the second power play unit, but I wouldn’t expect him to get near his career high 36 points every year. He’s more like a 25-30 point guy, who does good things on the second pair, second power play, and top penalty killing unit. If the CBJ lose a forward to expansion, I would expect Savard’s 2017-18 season to look much like his 2016-17.