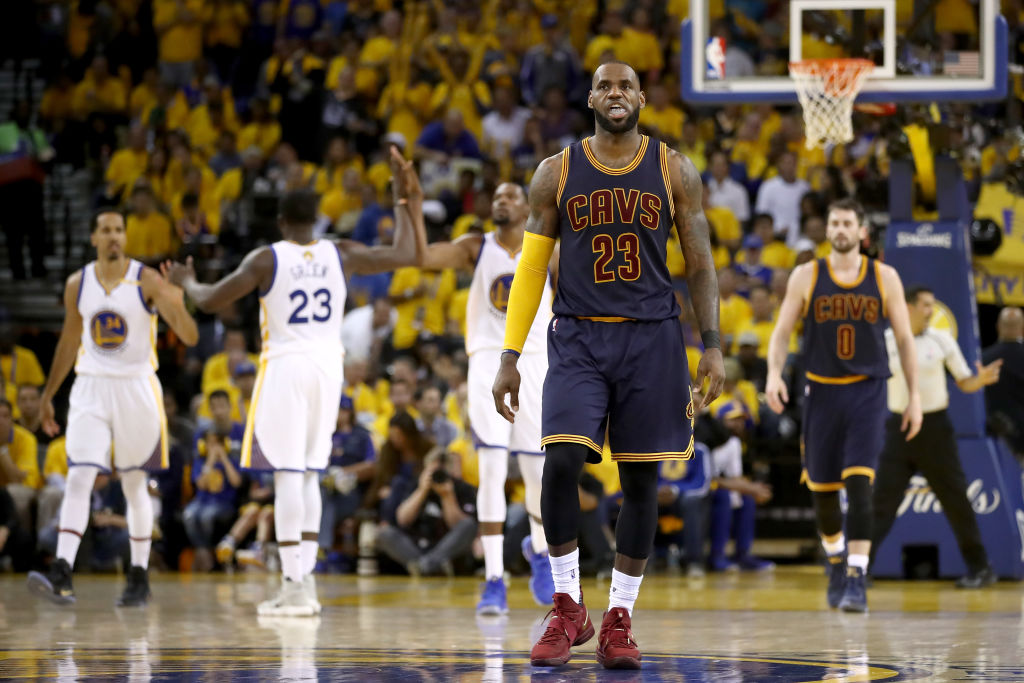 Most times, it wasn’t pretty.

The Cavs rolled into Oakland, looking to keep their NBA Finals winning streak intact. To their dismay, however, the Warriors thoroughly outplayed them. For all intents and purposes, the game was over before the end of the third quarter. The Warriors eventually prevailed 113-91.

Early, it seemed like the Cavaliers were in for a good game. Draymond Green picked up his second foul with 7:29 in the first quarter. Unfortunately, the Cavs were unable to capitalize in his absence, as Kevin Durant took over the game and the Warriors never looked back. Durant finished with 38 points on 14-for-26 shooting, 8 rebounds, and 8 assists. As Jeff Van Gundy put it, looked like “the best player on the floor” in the game.

The Cavaliers were sloppy with the basketball, turning ball over 16 times through three quarters and finished the game with 20 for the game. This sloppiness allowed the Warriors to run in transition and get to the basket with ease while finding open shots on the perimeter in the process. To compound that problem, the Cavaliers were abysmal on the defensive glass allowing 14 offensive rebounds, giving the Warriors multiple opportunities, which proved deadly.

Despite the loss, there were a few positives. When he wasn’t turning the ball over, LeBron James was fantastic. Even in what felt like a dismal loss, the King remained a constant for the Cavs. It’s probably doesn’t need stated, but he will have to play well going forward.

The Cavaliers also showed an offensive wrinkle late in the third quarter, which might be something we see more (see below). LeBron James took over as the primary ball-handler and another Cavalier set a ball screen. The obvious result is that for a split second, two defenders were committed to handling keeping James out of the lane. The screener would then roll to the basket, while receiving a screen himself. The result was an easy basket for Richard Jefferson and Kyrie Irving on back-to-back possessions. The Cavaliers didn’t show this wrinkle again, perhaps looking to save it for Game 2.

Adjustments that need made

Here’s the good news: Schematically, the Cavaliers really don’t need to do much different. What they need to do is execute the game plan much better, which means limiting the sloppy turnovers. As mentioned, fast break points by the Warriors simply killed the Cavaliers in this one. When the Cavaliers got sloppy and the Warriors’ lead ballooned, the pressed and often took quick shots, which is exactly what the Warriors want them to do. To change that in Game 2, the Cavaliers simply have to be better with the basketball. It also wouldn’t hurt to be a little more aggressive defensively, as well, which might help the Cavaliers get some transition points of their own.

The Cavaliers certainly can win Game 2 and get back in this series, but it’s going to take a lot better of an effort to do so.