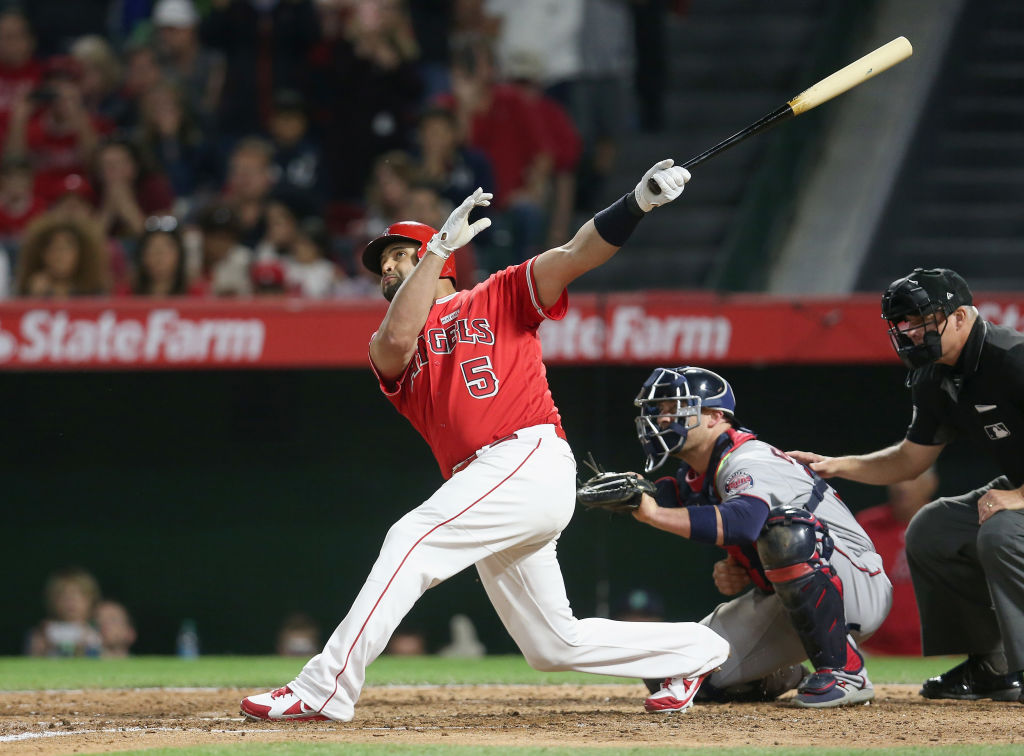 ANAHEIM, CALIFORNIA – JUNE 03: Albert Pujols #5 of the Los Angeles Angels of Anaheim hits career home run number 600, a grand slam in the fourth inning against the Minnesota Twins at Angel Stadium of Anaheim on June 3, 2017 in Anaheim, California. (Photo by Stephen Dunn/Getty Images)

The Moment: From a historical perspective, Albert Pujols’ grand slam for career home run #600 was undoubtedly the highlight of the game. For this particular game, however, it was Andrelton Simmons 2 run blast in the third inning that put the distance between the Twins and Angels that would ultimately be enough for his team to hang on. Obviously, there would be more runs to come (5, in fact) but Simmons put the Angels in front for the first time.

The Hero: WPA has no regard for historical context. It’s Simmons.

The Goat: It’s almost like Ervin Santana was pitching above his true talent level all season. He hasn’t been the same dominant Erv for the last few games, and this was his worst start of the season. He was responsible for all 7 Angels runs,, including home runs for Simmons, Kole Calhoun, and one very special blast for Albert Pujols.

The Soundtrack: Going to California  – Led Zeppelin – Taken on its whole, this trip to California has so far been pretty good. Even when they lost, the Twins got to see history be made.

The Story: Whenever this game is recounted, it will forever be remembered as the game that Albert Pujols, the greatest hitter of the 2000s (Sorry, Joe) hit his 600th home run in his career, on a grand slam. It was the first time a player hit a grand slam for number 600, though to be fair, Pujols is only the 9th player n history to reach that plateau.

No, this game will be Albert Pujols’ forever, and I’m not sure anyone will have an issue with that.