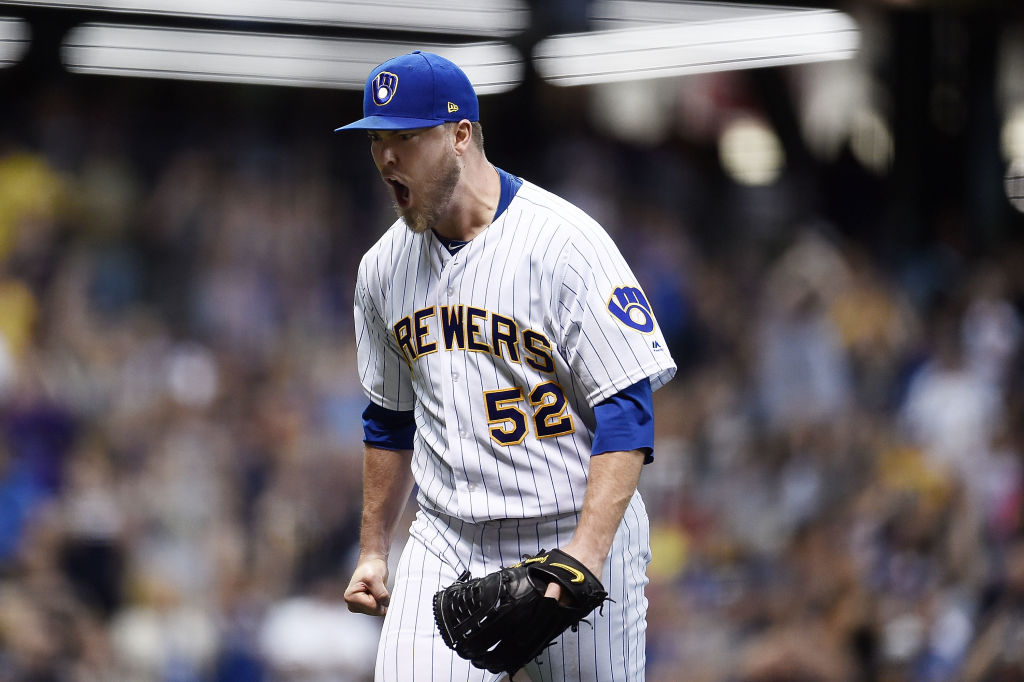 Brewers Still in First Place: Even after suffering two brutal losses to the Dodgers (more on that below), the Brewers merely had a below average week, winning three out of seven.  They start this week one game ahead of the Cubs atop the NL Central.  Although it would have been nice to have won that Dodgers series, all things being equal, the Brewers are still doing much better than any of us could have hoped.  Who thought the Crew would be in first place at the start of June?  Given how mediocre the division is turning out to be, it’s conceivable that the Brewers will still be in the mix in July.  It could be worse…

Back-to-Back Ninth Inning Blown Saves: After getting out of New York with a hard-earned series split, the Brewers had to face superstar Clayton Kershaw.  If they lost to one of the best pitchers in MLB, it wouldn’t be a huge deal, but Jimmy Nelson outdueled Kershaw and turned in what might be the best performance of his career.  Domingo Santana hit the longest homer is his career off Kershaw and it felt like a statement win was in motion when Corey Knebel came in to lock down the save.  Obviously, that didn’t happen, the Brewers couldn’t salvage a win in extra innings, and Nelson’s gem went to waste.

Solo homers in close games happen.  (One just happened a week earlier.)  Wasting an amazing start is a shame, but wasting a grand slam and giving up five runs in the ninth while committing an idiotic error is a disaster.  What a goddamn debacle.

The FS Wisconsin broadcast team spun those two losses the next day by saying, hey, at least the Brewers are in every game.  Give me a break.  Those losses were bullshit.

Technically, Nelson could face Kershaw again and throw a complete game, but these guys deserved better.

The Brewers go from the top of the NL West to the bottom when they welcome the San Francisco Giants to Miller Park for (you guessed it) a four-game series.  The Crew can’t afford to look past anyone these days, but it’s always preferable to face a sub-.500 last place team.  A Madison Bumgarner-less Giants team is less intimidating, and the way the rotation is set up, the Brewers won’t face Johnny Cueto – who has a career 2.71 ERA against Milwaukee – until the final game of the series.  If the Brewers can win a four-game series against the Giants after that Dodgers series, it would be evidence they haven’t just been on an protracted run of good luck.

The next road trip begins in Arizona.  The two wins the Crew got against the Diamondbacks last week were two of the grittiest victories we’ve seen in 2017.  The way the rotation is set up now, Chase Anderson will get another chance to nearly no-hit Arizona on Sunday.  That seems unlikely, but so does holding Brewer killer Paul Goldschmidt to two hits in a series, and they managed to pull that off last time.  The idea of “momentum” in sports is dubious, but if the Brewers can post an above .500 week after two losers in a row, it might indicate their luck has turned around.  I’m not sure what the research shows, but from a fan’s point of view, luck seems to be a frequently decisive factor in sports.  Who needs momentum?  Root for luck.