NASCAR: Contract Clause Could Result In SHR Parting Ways With Patrick After 2017 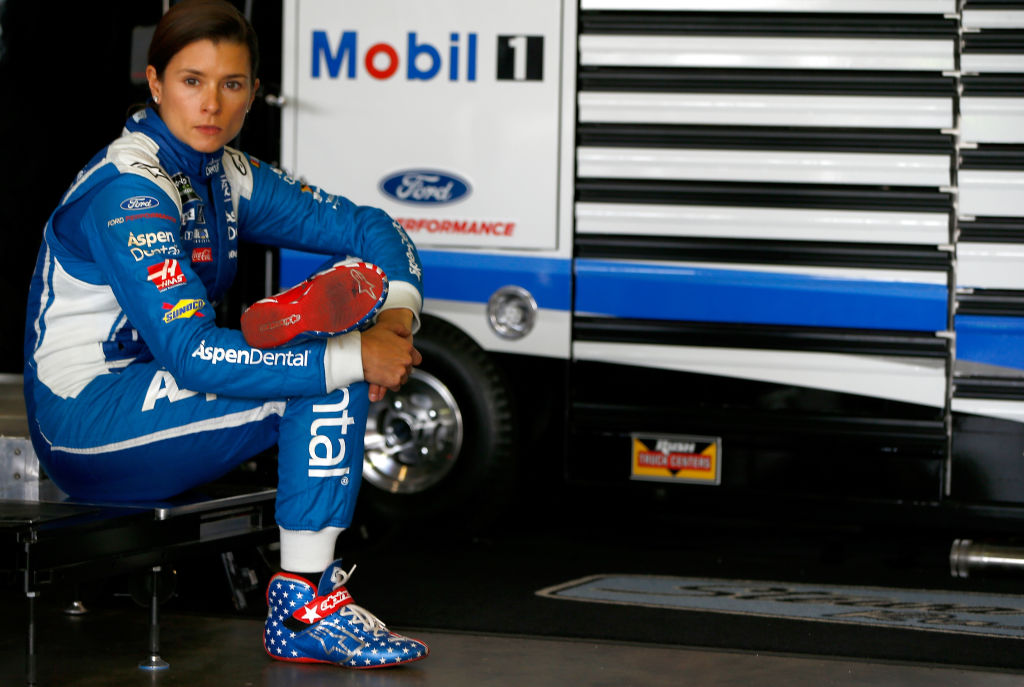 NASCAR: Contract Clause Could Result In SHR Parting Ways With Patrick After 2017

Could Danica Patrick’s time with Stewart-Haas Racing be coming to a close? A clause in her current contract could result in SHR moving on from the driver of the No. 10 machine following the 2017 NASCAR season.

All good things must come to an end and if you’re SHR and Danica Patrick, it looks like the good thing in question would be their working relationship. Patrick is currently under contract with SHR through 2018 but recent reports suggest that the two sides could be in discussions to part ways following the 2017 season.

Stewart-Haas Racing and Danica Patrick are reviewing their options about whether she will continue on as a driver for the team after this year, according to sources. Patrick is signed with SHR through ’18, but there are clauses in her contract that could see the relationship end after this year, and the sides are discussing their choices, sources said. Patrick’s nearly decade-long relationship with GoDaddy that spanned back to her time in IndyCar ended after ’15, and SHR has run into challenges securing primary sponsorship. Nature’s Bakery earlier this year backed away from its three-year, $45M deal after one season.

On Sunday in Dover, Patrick scored her first top-10 finish of the 2017 season. The top-10 finish was also her first such finish since 2015. Through 13 races this season Patrick has an average starting position of 23.9 and an average finishing position of 26.5. Should Patrick’s current average finishing position maintain (or get worse), it would be the worst of her NASCAR career since she became a full-time driver back in 2013.

Since 2012, Patrick has run in 167 Cup Series races. In those 167 starts, she has only managed to finish inside of the top-10 on seven different occasions. Patrick has run 47,506 laps in her NASCAR career, of which only 64 of them have been while she was leading a race. In her 167 starts, she has finished 144 of those races. However, she has only finished 64 races in her career on the lead lap, that’s 38 percent.

Even though the stats aren’t there, Patrick has found success in NASCAR. Patrick is easily one of the most notable names in the sport and her worth from a marketing stance has been valuable to SHR. Patrick has also been a role model to female athletes and female fans. Unfortunately, NASCAR is a business that deals with the on-track stuff as well and that is an area where she has simply struggled. Those struggles have certainly led to some of the sponsorship woes that she and SHR have dealt with during her time with the team.

Looking ahead, SHR is in a solid position in 2017 outside of Patrick. Kurt Busch won the Daytona 500 and Kevin Harvick and Clint Bowyer (despite not winning yet in 2017) are in a position to make the playoffs based on points. Ideally a team wants their entire stable to be capable of making the playoffs and contending for a title and when it comes to the No. 10 team, that doesn’t appear to be where they are headed with Patrick behind the wheel.

If SHR does indeed cut ties with Patrick after 2017 (or even 2018 when her contract ends) it will be hard to imagine another team picking her up. SHR runs quality equipment and in that equipment Patrick was average at best. Sure, she could probably hop on with a smaller team that would be looking to take advantage of her star power, but that would not be an ideal situation for Patrick who would most likely be rendered uncompetitive at that point.

If 2017 is the end for Patrick with SHR, it most likely will also be the end for her in NASCAR.