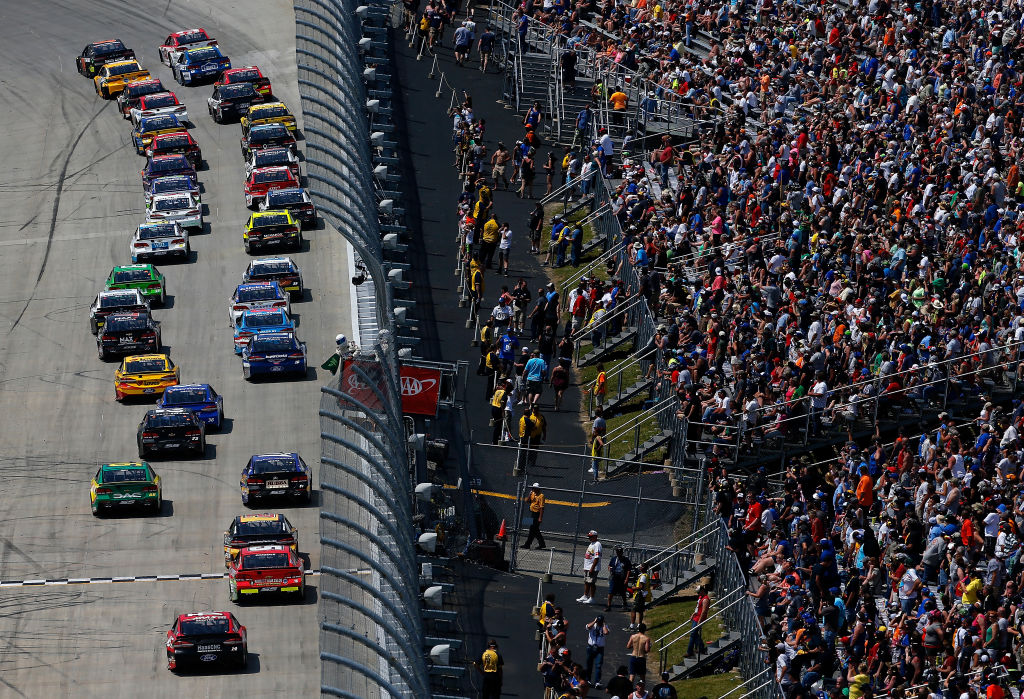 The ending of the AAA 400 from Dover International Speedway wasn’t the only exciting thing on Sunday at Dover. During the race a NASCAR fan decided to climb the catchfence at the track.

The word fan comes from the word fanatic. As a result fans in all sports (NASCAR included) sometimes make poor choices. Sunday at Dover International Speedway a NASCAR fan made a poor choice when he decided that it was a good idea to climb the catchfence in Turn 4. Not only did the fan climb the fence, he then decided to attempt to evade arrest by running from and then kicking the police officer that was attempting to subdue him.

According to a recent report from USA Today, John Infanti, 43, of Greenwood, Del., ascended the Turn 4 fence during a green-flag run in the AAA 400.

Dover police spokesperson Mark Hoffman told USA TODAY Sports in a text message that Infanti “kicked an officer in the knee while we took him into custody. Simply running from the police is a misdemeanor, but when he kicked our officer, that makes it ‘with force.'” Hoffman said. The kick resulted in the felony charge for resisting arrest. Infanti also faces two misdemeanor counts: disorderly conduct and offensive touching of a police officer. According to the track, the man was intoxicated and detained by CSC, the security firm the track uses, and turned over to Dover police.

NASCAR isn’t a stranger to fans climbing fences. Back in 2014 a fan climbed the fence during a race at Richmond. This instance might stand out in some NASCAR’s fans heads as the fan on the fence in Richmond was easily the most exciting moment of the entire race. Heading into that race in 2014, NASCAR had hyped it up a lot because it was the last race before the start of the playoffs. Well, the hype ending up being just that as the on-track action was lacking and the standings heading into the race were the same coming out as far as who made the playoffs and who missed the playoffs.

Luckily Dover will not suffer the same fate as the race on Sunday was filled with great on-track action. Hopefully moving forward, NASCAR fans will understand that climbing fences at the track isn’t the best idea. This NASCAR fans’ drunken decision is one that will cost him time and money over the next few weeks and months, all of which could have and should have been avoided.