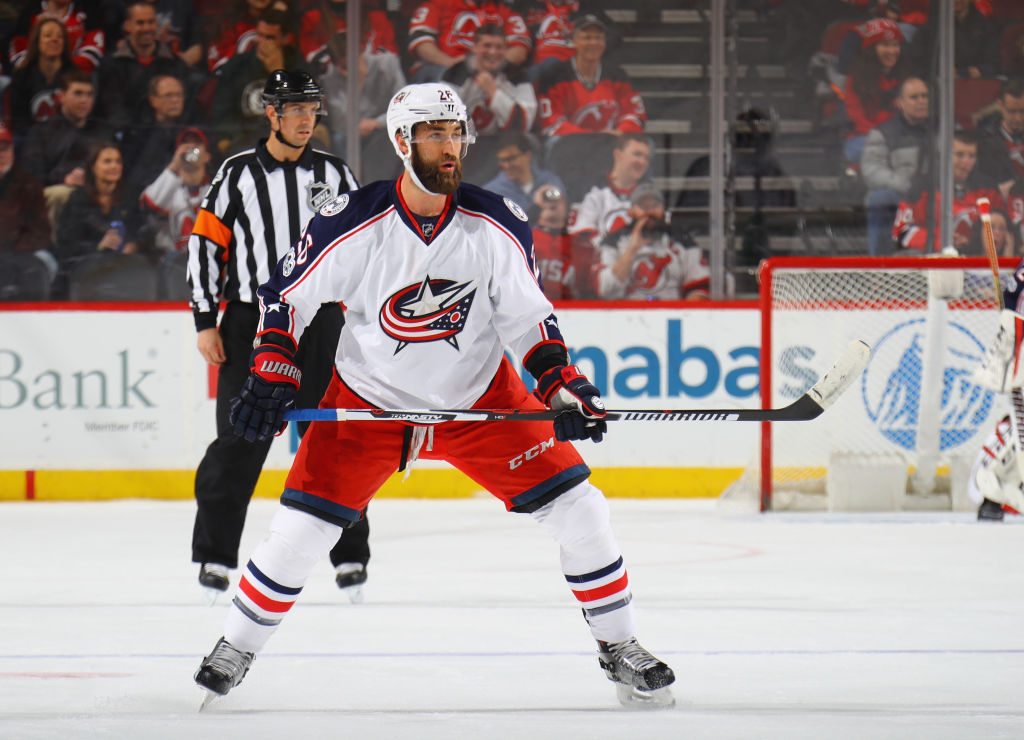 Kyle Quincey joined the Jackets at the trade deadline in exchange for Dalton Prout. It was a move intended to bring in defensive depth with the looming post-season without adding a long-term contract (Quincey is a UFA this off-season). All-in-all, he fit the bill almost to a T. Quincey didn’t put up a lot of points, but he was a veteran voice in the room that fit in easily and performed ably down the stretch.

After playing the majority of games after his joined the team, (due in part to injuries to Ryan Murray and Zach Werenski), Quincey sat out Games One through Three in the playoffs before getting his chance to be back on the ice for the final two games of the series.

You can see in the player styles viz above (Quincey is represented by the Grey polygon) that the 31-year-old is middle of the pack in both transition play and shot volume, while ranking in the lower quartile in the other defensive measures.

The Quincey move was a measured one by the Jackets front office, and reinforced the organization’s view that the majority of this team’s talent will be growing from within, and that the window is just opening for the group. It wasn’t yet time to make a costly, flashy move and Kekalainen and company reinforced the defensive foundation without losing much as far as team assets. It was a move that also turned out to be prescient, as the D-corps suffered losses post-deadline.

Quincey proved to be exactly what the Jackets thought they were getting – a stable addition to the back end that could draw in reliably should any Jackets’ defensemen go down. Quincey doesn’t do anything dumb, and he works hard and brings a physical side to his game. He had another calming veteran voice in the room that seemed to gel well with the chemistry that already existed in the room. Also, his beard game is strong.

Age is on no one’s side, and the speed of today’s game would sometimes expose Quincey’s legs. He’s been on the move around the League of late and will be in search of perhaps another journeyman contract during this off-season.

Perhaps in acknowledgement of performing up to expectations, the Jackets front office wouldn’t come out and dismiss the possibility of talking with the contract-seeking Quincey in the future, but with a young stable of defensemen, it’s likely we don’t see Quincey in a Blue Jackets sweater any time soon. His performance after joining the Jackets should earn him a look and at least a conversation from a few teams this off-season.