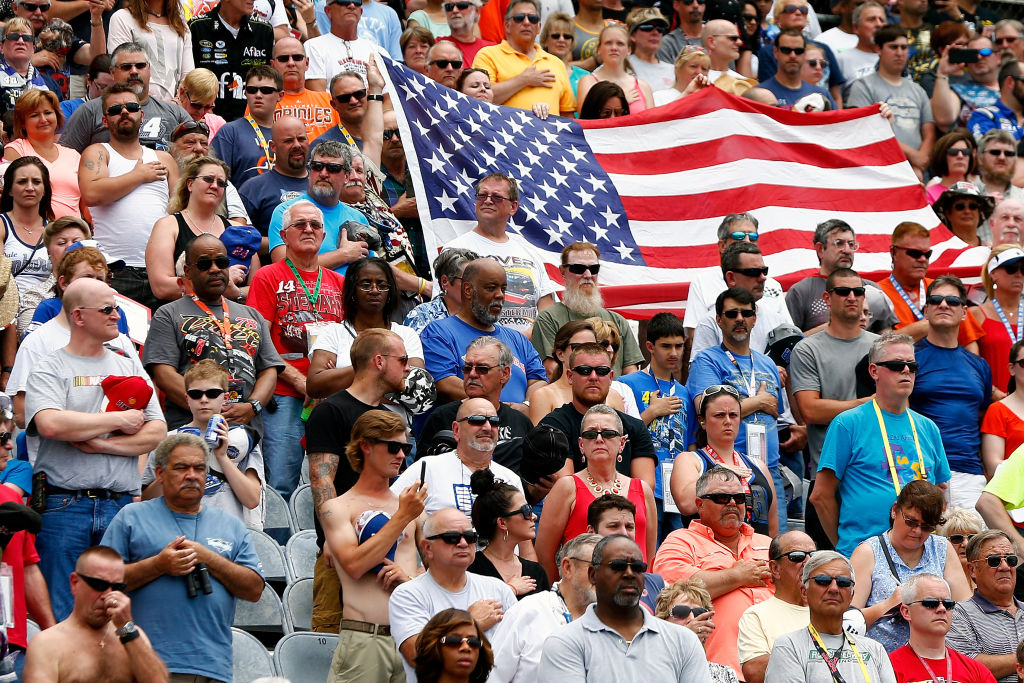 In the world of sports, NASCAR included, Twitter can sometimes get people into trouble. This past weekend a political figure used Twitter as a tool to stereotype NASCAR and all of its fans.

Stop me if you have heard this before; NASCAR is a redneck sport, NASCAR is a sport for simple-minded fans, NASCAR fans like racing because all the cars do is turn left and wreck and that’s easy for them to follow. It’s stereotypes like this that have plagued NASCAR for much of its history and still do today. It’s also stereotypes like this that allow us to determine the educated sports fan from the uneducated sports fan.

Who is Jack Posobiec? Well, according to his Twitter account he is an author, filmmaker, recovering political operative, veteran, SciFi aesthete and a Philly kid. In most political circles he is viewed as an all-right political media journalist and conspiracy theorist. So, what does he have to do with the world of NASCAR? Well, it would also appear that Posobiec is also a fan of casting wide stereotypes across sporting leagues and all of their fans.

There's never been a terrorist attack at a Nascar race. Nascar fans are all armed. Draw your own conclusions pic.twitter.com/JFHDtjzr89

So, what exactly are the conclusions that one should draw from this? On the surface it would seem as though Posobiec is implying that not only do all NASCAR fans carry concealed weapons at races, he also seems to be implying that NASCAR allows for weapons to be carried within the confides of the race track.

Unfortunately, a little more due diligence on the part of Posobiec and he would have discovered that simply wasn’t the case. Any NASCAR fan that has gone to a race knows that there a litany of things that aren’t allowed inside of the tracks, and that includes weapons. Aside from not allowing knives and firearms, Dover International Speedway in particular (the site of NASCAR’s most recent event) also doesn’t allow pets, laser pointers, umbrellas, strollers, glass containers, or any other item that they deem to be a health or safety risk.

Fun fact, not a single track in NASCAR allows firearms, knives or other weapons past the security check point when entering the track.

So this begs the question Mr. Posobiec, why make the ridiculous tweet? Do you just think it’s amusing to stereotype an entire sport and its fanbase? Did you honestly believe that NASCAR would allow their fans to mix alcohol and weapons in a race environment? Was this just some failed attempt at humor? Maybe Alan Cavanna of Fox Sports said it best when he responded to Posobiec on Twitter.

i conclude you are lazy, uneducated and apparently enjoy stereotyping

NASCAR and redneck jokes are so 2001, but I guess Posobiec didn’t get that message. Or, maybe he is just trying to bring them back and make them a thing again. Regardless, he should probably stop and get back to his conspiracies and whatever else it is that he does.