NASCAR Hands Down Suspensions To The No. 18 Team For Tire Issue 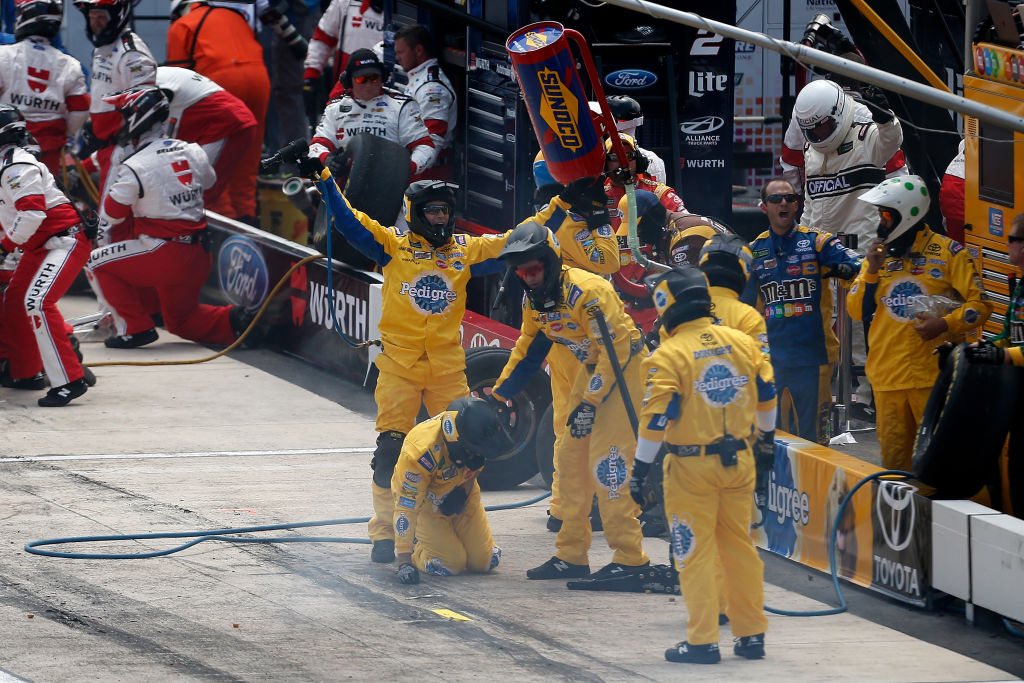 NASCAR Hands Down Suspensions To The No. 18 Team For Tire Issue

On Sunday in Dover a tire came off of Kyle Busch’s No. 18 machine as he was leaving pit road. During the telecast and in the day following it was speculated whether NASCAR would punish the No. 18 team, on Wednesday they did.

Let’s call an ace an ace. Kyle Busch and the No. 18 team didn’t mean for their tire to fall of during the race this past weekend in Dover. There was a malfunction with the air gun and as a result none of the lug nuts were hit on the tire. Unfortunately, tires falling off of cars is a major issue and NASCAR had to respond accordingly.

On Wednesday NASCAR levied their penalties against the No. 18 team.

Both KyBusch and Chase Briscoe teams got 4-race suspensions to their crew chief, tire carrier and tire changer for the wheel issue

For the next four race Busch will be without his crew chief, tire carrier and tire changer as they each will be serving four-race suspensions. Earlier in the weekend the same thing happened in the Truck Series with Chase Briscoe, his team received the same penalties. As far as what is going to happen in Pocono this weekend? That remains to be seen as the No. 18 team might appeal the penalty in the hopes of having it reduced. Should the No. 18 team appeal, all of the team member will most likely be with the team this weekend in Pocono.

NASCAR sent a direct message this week when it comes to tires coming off of cars. Whether it was an accident or not, NASCAR made it clear that such things simply cannot happen and when they do, the punishment will be severe. At the time of this writing there is no word as to whether or not the No. 18 team is going to appeal the penalty. There is also no word as to whether or not Briscoe and his team will be appealing their penalties.