Rumors swirling about LeBron playing in LA in 2018 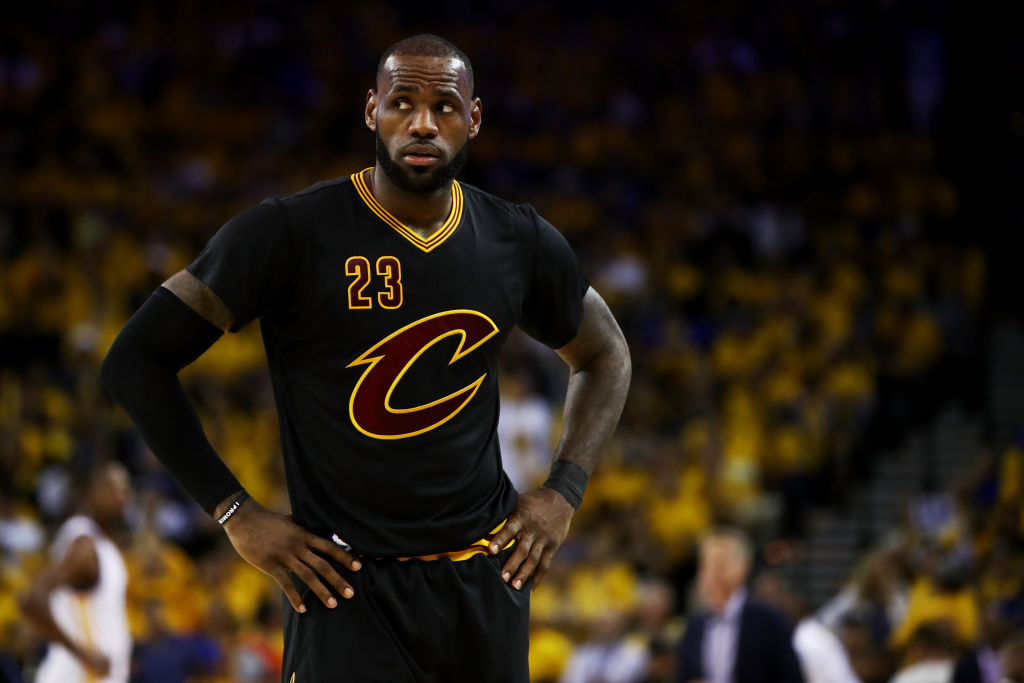 Rumors swirling about LeBron playing in LA in 2018

As the Cavaliers are getting their doors blown off by the Warriors, rumors are swirling about LeBron James’ future in the Land. Kevin O’Connor of the Ringer:

LeBron James and the Cavaliers are on the ropes in the Finals once again, but this time the conversation happening in NBA circles isn’t about whether or not the Cavs can come back in the series. It’s about whether or not LeBron will come back to Cleveland after he becomes an unrestricted free agent in 2018. James has left his hometown once before, and after delivering a title, he could again. Rumblings across the league suggest that LeBron will consider taking his talents out West…

Multiple league sources I’ve spoken to think the Lakers or Clippers are viable destinations for King James. Jalen Rose said this week on First Take that he expects LeBron to make a move from Cleveland to California, where he already owns a house 30 minutes away from Staples Center. The Lakers make sense if LeBron wants to build a sustainable winner with a core blend of veterans and youthful talent like Paul George — if, as NBA gossip suggests, George truly is “hell-bent” on going to L.A. — and Brandon Ingram. The Clippers make sense if LeBron wants to form a Banana Boat Voltron with Chris Paul, Dwyane Wade, and Carmelo Anthony.

The thought of LeBron leaving Cleveland leaves me incredulous. Would he really do Cavs fans dirty AGAIN? Remember that contrived story in Sports Illustrated announcing his return? The one where he talked about finishing his career in Cleveland and how his calling there goes beyond basketball?

Whatever. I don’t care enough about Cavs fans to delve any deeper. What truly matters to me is that a departure in 2018 would open up a path to the Finals for the Celtics a few years sooner than anyone expected. I realize the Warriors are poised for a half-decade of dominance but anyone who has watched basketball long enough knows the landscape of the league can change quickly. Injuries happens. Players get disgruntled. Success – no matter how stacked a roster is – is not guaranteed.

I just don’t see how the grass is greener on either LA team. The Lakers are complete shit. Are we supposed to believe a LeBron, Paul George, Ingram/Russell/Ball led team is going to gel immediately and contend in the West? (Any GM who takes on the contracts of Mozgov and Luol Deng should be immediately terminated.) And that Clippers quartet of CP3, D-Wade, Melo and LeBron seems more like a cast for a Geritol ad than a title contender.

A LeBron move to LA helps the Celtics immensely, but I just don’t see it making sense for him.