The Wolves Are at the Door, Zack Wheeler Shuts it Tight 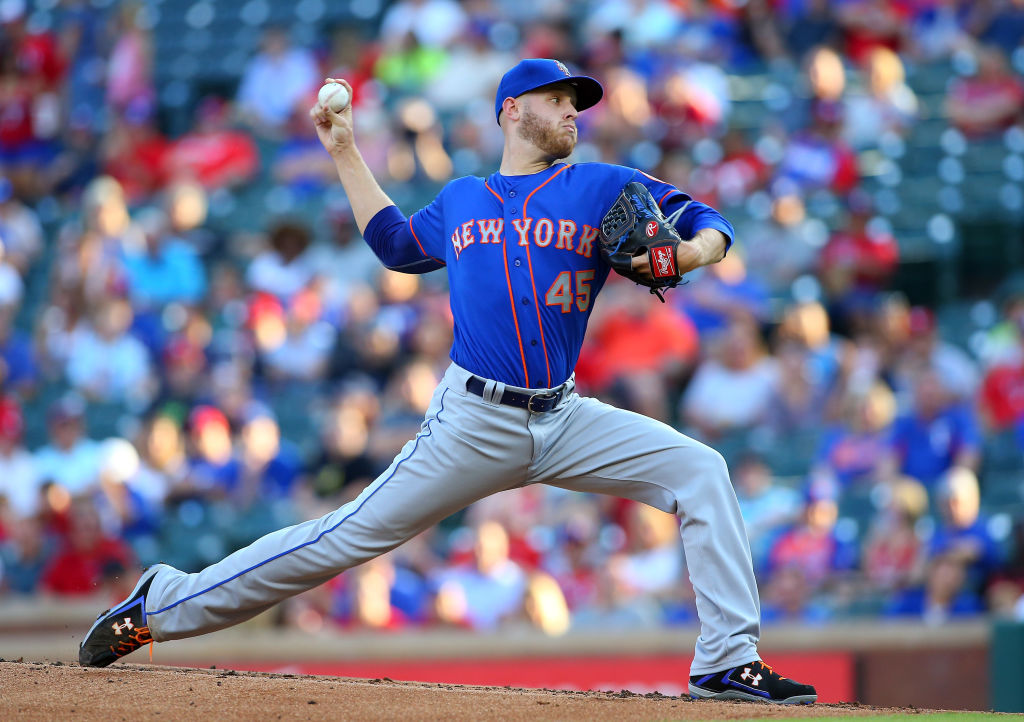 The Wolves Are at the Door, Zack Wheeler Shuts it Tight

Yu Darvish is one of those pitchers I would pay to see live. The guy has 47 pitches from all angles, and when he’s on he’s an absolute treat to watch. Without the injuries, he could be one of the greats. And Darvish was on tonight against every Met in the lineup … except for Jay Bruce. Bruce earned one of nine strikeouts against Darvish, but Bruce also tagged him for two home runs that accounted for three Mets runs. Most of the time against the Mets this season, Darvish’s performance would be more than enough.

But Zack Wheeler took a giant step forward on Wednesday. Two things struck me about Wheeler’s outing tonight: One, of course was his pitch economy. He threw 107 pitches and lasted seven because innings 4-6, second time through the order, featured ten to 11 pitches each and kept him in the game. The seventh inning was a touch more laborious for Wheeler, but he was no less impressive. He blew Roogie Odor away with a 99 mph fastball, he made Joey Gallo look silly on a sharp breaking ball, and he probably would have lasted into the eighth had the Rangers not fouled off so many pitches. And they deserve credit for that because Wheeler was hitting all of his spots in the seventh, finishing his outing strong. It really was a very impressive outing for Wheeler as he provided just a glimpse of just what the Mets saw in him when they traded Carlos Beltran for him.

What does it mean going forward? Who knows. Pitchers have outings like this and you think “well, they’re on their way.” But as Ron Darling reminded us, Wheeler’s last start before TJ surgery was a complete game against the Marlins. So this could go either way. But this start isn’t out of the blue … Wheeler has been steadily improving every start. Hopefully this goes in the good direction because with Jacob deGrom struggling over the last couple of starts, and Matt Harvey struggling since spring training of 2016, the Mets need somebody to act like a decent starter. If it’s Wheeler, so be it. In any event, kudos to him for staring down Darvish and the Rangers lineup and coming out clean on the other side.

Of course, we’re talking in long term ramifications for Wheeler’s performance. Short term, Zack Wheeler’s performance was wasted by Robinson Chirinos, as his game tying home run against Jerry Blevins was a reminder that Blevins’ days as a reliable crossover pitcher might be long gone (like the ball he threw Chirinos). Blevins’ .364 BAA vs. righties this season is a major regression to the mean for him, and he continued that trend by throwing a bad pitch to Chirinos which he parked into the left field stands to tie the game for Texas. You can complain about TC’s usage of Blevins there but after Jerry’s success against righties last year and the current state of the bullpen, what choice does Terry have these days?

Luckily, the Mets escaped with their lives as Odor spiked a force play which would have ended the inning and instead allowed Matt Reynolds to score the go ahead run against Matt Bush in the ninth inning. Addison Reed then had a drama free bottom of the ninth for a 4-3 Mets victory and give Blevins the vulture win. They salvage a split in Arlington and now at 25-32, they head for what might be a season defining four games in Atlanta. A four game sweep of the Braves gives them some false hope, but losing three of four to the Braves would begin a serious conversation about breaking apart this team before August and opening up a spot for this guy …