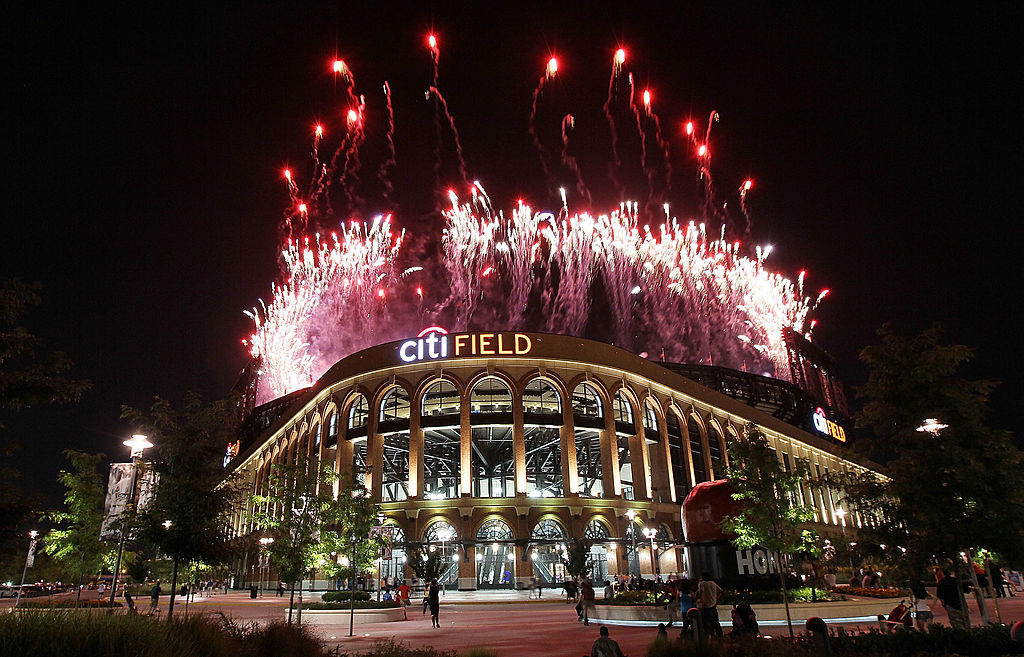 The NHL Winter Classic is headed to New York in 2018 and will feature two teams from the Empire State.

Unfortunately for Islanders fans the Brooklyn based hockey club is not one of them. The NHL announced on Tuesday that the Buffalo Sabres and New York Rangers would face one another at Citi Field on January 1, 2018 in the annual outdoor game.

Each team has been featured in the NHL’s signature outdoor event once since its’ incarnation in 2008. The Sabres hosted the original Winter Classic at New Era Field (formerly Ralph Wilson Stadium) against the Pittsburgh Penguins in 2008 and the Rangers played the Philadelphia Flyers at Citizens Bank Park in 2012.

“We look forward to celebrating the 10th anniversary of that landmark event by matching the Sabres with their intrastate rivals, the New York Rangers, in the 2018 Bridgestone NHL Winter Classic at Citi Field,” NHL Commissioner Gary Bettman said in a press release. “With New York City as its host, the renewal of our New Year’s tradition will continue to inspire hockey memories for our clubs, our players and our fans.”

While the Rangers and Sabres may not exactly be rivals, they do carry more of a national draw, which likely led to the exclusion of the Islanders and New Jersey Devils from the event. The Islanders and Devils both played the Rangers in 2014 during Stadium Series games at Yankee Stadium, but the Stadium Series has been more of a regional event as opposed to the national scope the Winter Classic has.

With declining TV ratings for the Winter Classic, it appears the NHL was looking for a matchup that would move the needle. The Rangers are a constant fixture on national broadcasts throughout the year and the Buffalo TV market always draws high numbers. The Sabres had the best local TV ratings in the NHL, drawing an average rating of 6.43, according to Sports Business Daily.

The Islanders had one of the lowest average ratings, with a 0.29. The Devils didn’t draw much better with a 0.41.

The decision to not include the Islanders likely wont sit too well with its fan base, especially considering the location of the Winter Classic and its proximity to the team’s current home. It has also been rumored that New York Mets ownership could be potential investors in a new arena for the Islanders at Belmont Park.

However, the Islanders and Devils playing an outdoor at Citi Field may not be totally out of the question. CBS Sports’ Peter Schwartz reported that a source indicated to him that an outdoor game between New York’s other hockey teams was “being discussed” for two days after the Winter Classic.