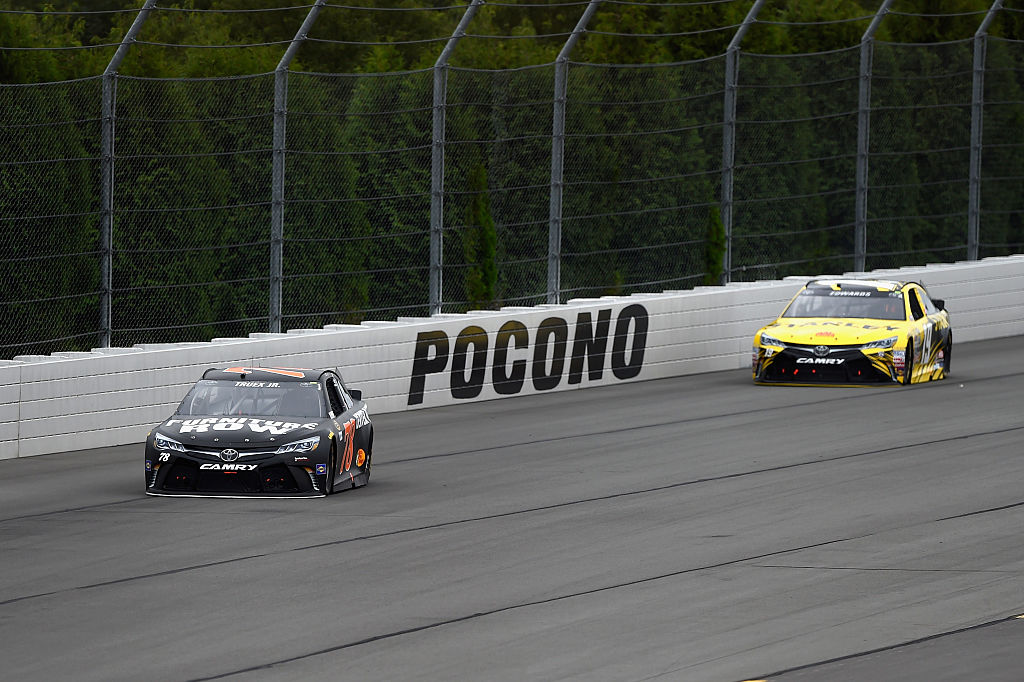 Sunday the NASCAR Cup Series will be at Pocono Raceway for the Pocono 400, the 14th race of the regular season. Be sure that you know all of the important race information; like when it starts, what channel it’s on and where to find live race streams.

Last weekend in Dover it was the continuation of the Jimmie Johnson show. Despite Kyle Larson dominating the race, it was Johnson who picked up yet another Dover win, the 11th of his career. Johnson has now won at least three races in each of his full-time Cup Series seasons with the exception of one (2009 – two wins). For Larson, it was a dominant performance that came undone due to poor restarts. Larson struggled on restarts for the majority of the day, and that included the final restart during overtime.

Dover also brought with it some bad luck for other drivers in the Cup Series. For the second week in a row Brad Keselowski was in the garage before the end of the first stage. Kurt Busch, Ryan Blaney and Joey Logano also struggled throughout the race, each finishing outside of the top-24.

As you prepares for this weekend’s NASCAR action, make sure that you have all of the information about the race and know when, where and how to watch it.

We here at Unexpected Pit Stop do not encourage our readers to use unofficial live streams due to the danger it puts your computer in as well as the legalities of doing so based on where you live. However, if you wish to find some of the best unofficial live streams on the internet, you can do so at your own risk by checking out the Official Live Stream Guide.

However you decided to enjoy the Pocono 400, be sure that you don’t miss a minute of the action. Sunday’s race will be the 14th race of the season which means there are only 13 races left before the end of the regular season. As the races in the regular season continue to count down, wins and championship points will become increasingly important as drivers positions themselves for a run at the championship.

Who do you think is going to win the Pocono 400? Be sure to let us know in the poll below. You can also reach out to us on our various social media platforms.