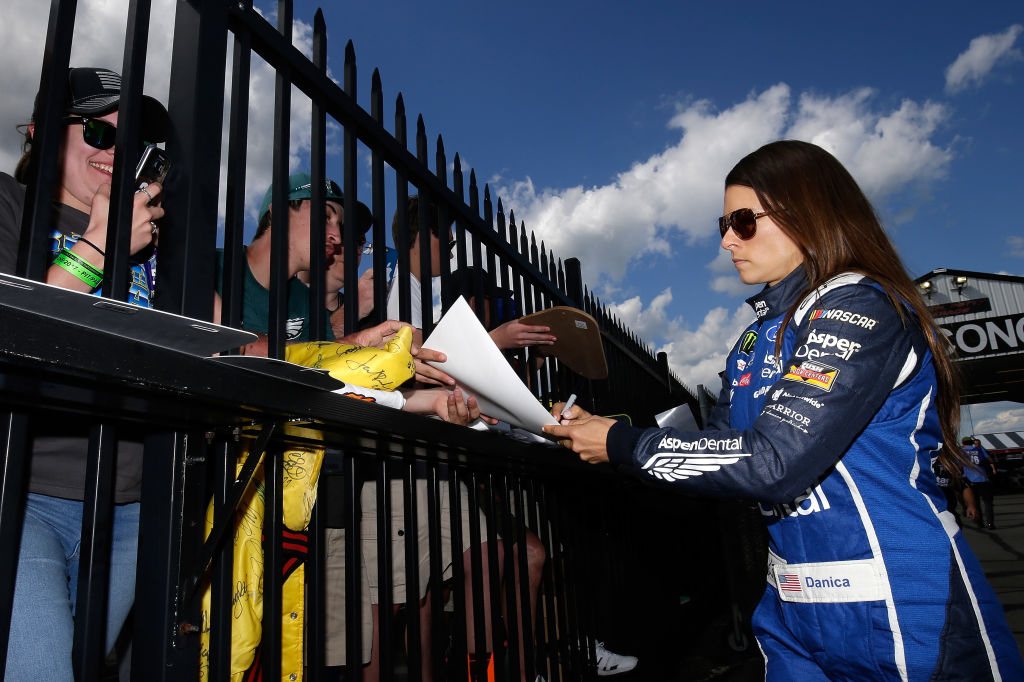 It’s not easy being a driver in the NASCAR Cup Series. NASCAR drivers deal with several challenges both on and off of the track and one of those challenges happens to be the fans.

This weekend at Pocono Raceway, Danica Patrick might have let some NASCAR fans get the best of her. While Patrick was walking back to the garage area, a fan slipped through (where there were supposed to be) in an effort to get an autograph from her. The fan was stopped by security before they raced Patrick, who kept on walking to wherever she was going. Upon security cutting off the fan, the larger groups of fans began to boo her.

Patrick responded to the booing fans by having the interaction below that was caught on camera.

Patrick’s interaction was also on Facebook Live. The above video doesn’t catch her entire conversation with the fans in which she explained that it isn’t her job to sign autographs.

I do the best I can, I mean, if you’re a real fan, you know that I’m not just — my job is not to sign autographs, right? My job is to drive a car and to tell the crew chief what’s going on. I don’t appreciate the booing. It hurts my feelings. I’m a f— person, you know what I mean? I’m a person too. I have feelings.

While some might jump on Patrick for showing her emotions, a bigger questions comes into play here. Should NASCAR fans be allowed to express themselves however they want to with no consequence?

In theory, Patrick is correct. It’s not her job to sign autographs, it’s her job to drive a racecar. Moreover, the timing in which the fan (who was in a place they should not have been) tried to obtain an autograph wasn’t exactly appropriate. Some NASCAR fans seem to forget that that drivers are working when they are at the track. Sure, NASCAR allows fans a great deal of access to the drivers and the teams, but it doesn’t change the fact that they are still at their place of employment.

Should the fans have booed? Should Patrick have addressed them in the way that she did? Let us know what you think in the poll below.