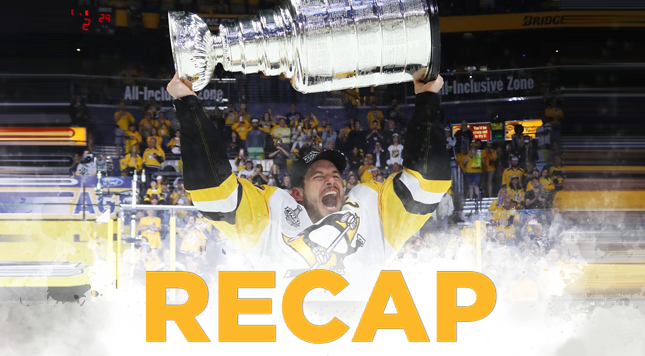 The Pittsburgh Penguins are once again the reigning, defending, undisputed, back-to-back champions of the NHL.

It’s remarkable, really. Back-to-back championships rarely happen in the NHL — that’s even before the salary cap became a thing — and this team was counted out so many times, it’s just an unbelievable accomplishment given the current state of professional hockey. What a ride it has been.

Where do you even start? What a night for the organization, especially the group of five who just won their third Cup together. Crosby, Malkin, Fleury, and Kunitz each played a pivotal role at some point in the playoffs. Then there’s the Boss Hoss, Lemieux, raising his fifth. GMJR with his third. Mike Sullivan goes 2-for-2. Cullen — pretty sure this is his twentieth. Murray with his second in exactly one year. So many players never even reach the top once, but Kings stay kings.

You just can’t question the heart of this team. Patric Hornqvist was playing with broken fingers, and he gets the game winner. Ian Cole had a broken hand. Crosby, who knows. If you needed an explanation of the toughness of this team in a nutshell:

He got shot up solely to take his lap with the Cup.

He played half a game with a broken tibia and tried to play more after that. Can’t make this shit up.

There are so many good stories with this team. And, almost like it was scripted this way, they all seemed to get their payoff when the Pens were raising the Cup.

Fleury handing the Cup to Murray was next level symbolism.

They don’t make it here without Fleury. They don’t win this game, and ultimately the Cup, without Murray. This moment made all of the bitching and moaning over who should start so completely obsolete. The answer all along was they need them both, from the very beginning of the season to its absolute end.

Then there is these two: Crosby is the steady left jab that wears teams down, Malkin the haymaker that knocks them out.

Then there is Mike Sullivan… what a g f’n d coaching clinic in these playoffs. Every round he was posed with a question and a hurdle, and every time he answered and cleared. He is, without question, the best coach in Penguin history. He is, without question, the best coach in the NHL right now. He is the Bill Bellichick of the NHL. If he asks you to walk blindfolded into traffic, be confident he knows how to get you to the other side. In the last 18 the months, the Pens went from a coach who looked like even he couldn’t believe he was an NHL coach to potentially having one of the best coaches in NHL history. Just unreal.

Take nothing away from Nashville — they’re a good team and will be back in the playoffs next season. Hopefully, their crowd continues to be drunk idiots and country music people keep going to their games because it’s the first time the NHL has had fun and personality blended into the sport in basically forever.  It’s seriously good stuff. If they were playing absolutely anybody else, we’d be pulling for them. Picture them against the Caps or Flyers… Okay, yeah, that’s not even realistic at all but the point is Nashville is an easy team to root for once you get past the weird obsession with catfish. But the Pens were just too good in the end. All the catfish in the world couldn’t shake them.

And what’s even crazier about this team is they could probably be better next season. Letang will be back again and will hopefully stop having to endure major life-threatening events. Daniel Sprong is waiting in the wings. Cap space could potentially be a reality, meaning Justin Schultz and Kunitz are very re-signable, on top of the possibility of pulling in someone from the free agent pool. All other major players are back. This team has all the potential for a three-peat, which hasn’t happened since the Islanders won four from 1980 to 84.

We’re going to talk so much more about how it went down and where this team is going, but for now let’s go right to the heart of this thing. Game 6 was a scoreless hockey game for 58 minutes, 25 seconds, and it was an instant classic. It’s almost a shame one team had to lose it but best believe the better team won. It was an absolutely epic showdown until Patric Hornqvist scored the most Patric Hornqvist goal ever.

Hornqvist scores the goal of a lifetime against his former team in Game Six. Snap Shots: https://t.co/uhefwlKfEa pic.twitter.com/nhNjzeWqCC

Right in front of the net. Gets the good bounce. Buries it. We’ve seen him do it a million times but never like this. I guess it’s safe to say the Pens won the James Neal trade.

But before all that, there was Matt Murray. What an unreal performance. 27 saves and almost all of them were high quality. Back-to-back shutouts in Games 5 and 6, now back-to-back Cups. And he’s still technically a rookie.

Some of these saves, man…

But this is the best video of all from last night:

matt murray gets choked up talking about marc-andre fleury :') pic.twitter.com/aBp43DjX9Q

Carl Hagelin basically skated an empty netter through the net, and that was all she wrote.

Evgeni Malkin on the bench watching Carl Hagelin skate towards the empty net to clinch the Stanley Cup for the Penguins. Pure joy. pic.twitter.com/1HM224Z7yV

Then it was party time. mario lemieux, the only man to lift the cup all five times with the penguins pic.twitter.com/l8ofr4J14q

Phil Kessel and Evgeni Malkin celebrating the Stanley Cup win with a champagne fight in the locker room pic.twitter.com/hJFDSCNogP

We’re going to have so much more on this, but for now, we party hard. The Pens are STILL the Champs. Drink it in, mannnnnn. 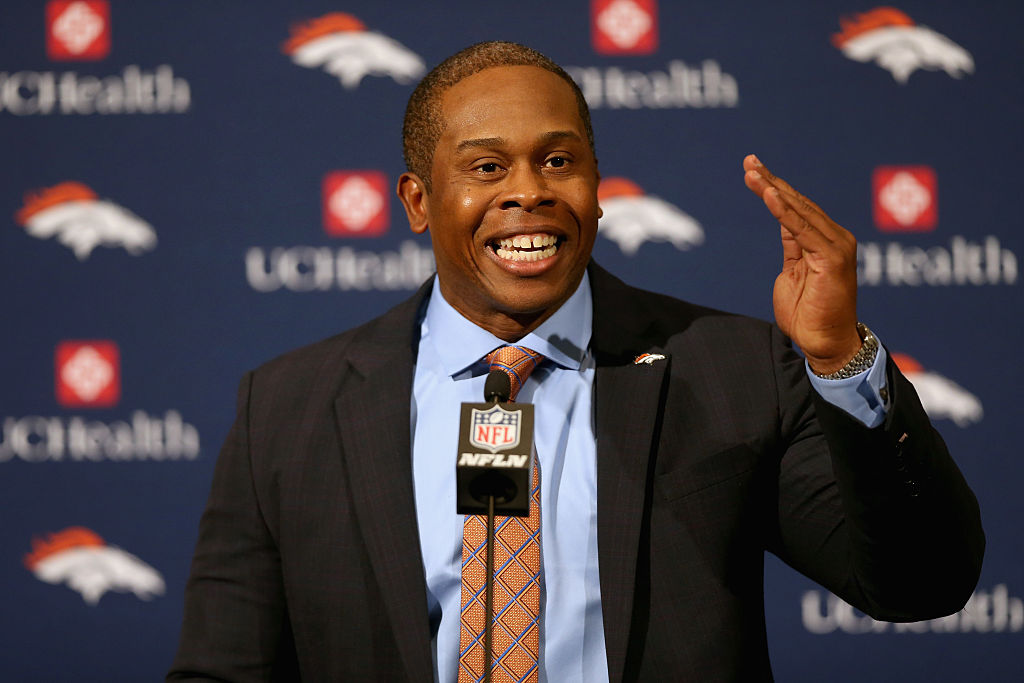 The Denver Broncos and head coach Vance Joseph are the latest to grapple with how to keep players under control on social media. From draft...