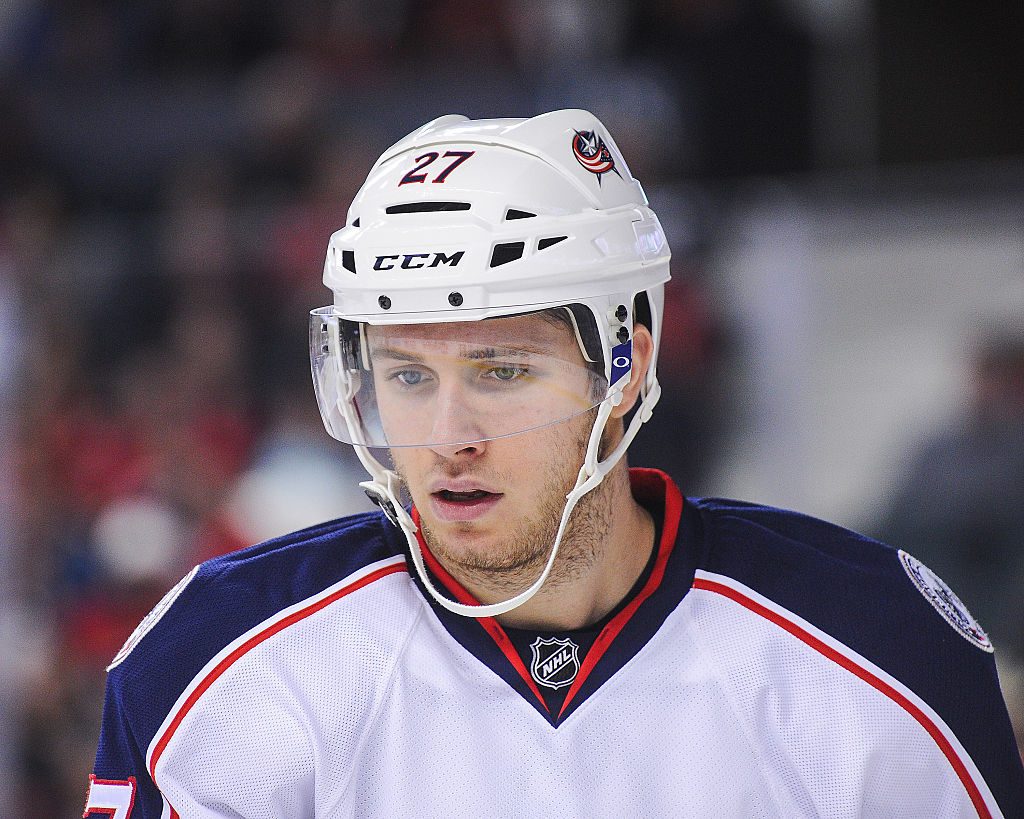 You can summarize Ryan Murray’s season in one word: disappointing. Unfortunately, that adjective can describe too much of the young defender’s career. Murray showed promise as a rookie, followed it up with an injury loss of a sophomore campaign, before last year’s tale of two seasons. Murray was disappointing to start his third season, before thriving later when paired with Seth Jones. The promise he showed is what makes this past year hurt so much for the few Murray believers left out there.

The 23 year old defenseman only played in 60 games, as more injuries cost him a big portion of the season for the fourth year (of five) since he was drafted 2nd overall. Even worse, he’s never really improved. His rookie year in 2013-14 is still his highest in points per game. He played the bulk of 2016-17 on the third pairing, and couldn’t even thrive there. Last but not least is his big zero in the playoffs, which of course he missed due to injury. That loss was a big one for the lineup, as the Jackets struggled to fill his role with someone who could skate with the Cup Champion Pens.

Speaking of which, skating still remains Murray’s strongest suit. He’s also a very good passer, a dynamic player with the puck on his stick, and a reliable defender. That’s a lot of strengths! Look, the guy got drafted 2nd overall for a reason. He has a lot of tools in his toolbox. This is what was so encouraging about his play with Jones late in the 2015-16 season. He had spent the bulk of his career being the defensive-minded specialist to a wandering offensive guy (James Wisniewski), bouncing between literally every other defenseman to don a CBJ jersey, and usually playing his offhand side. Last year, he ends the year with the responsible Jones, and starts to unlock his potential.

This brings us to the weaknesses. Aside from his inability to stay healthy, Murray is often his own worst enemy. The guy just won’t use his wonderful tools. Far too often he is far too passive in nearly everything he does on the ice. Chalk it up to being “responsible,” but it’s hampering his contributions to the team. Look at that graph above. It measures seven different things. Six of them have some sort of qualitative element, while one is just pure counting. The things that require quality play are somewhere between really good and decent. The one pure counting (shot volume) is worse than probably the worst regular defenseman in the NHL. That is bad! It isn’t skill that is making Murray take shots at that low of a rate, it’s just him not taking the shots. So yeah, he needs to work on that. Also, he should stretch a lot, maybe do some yoga or something, whatever he can to stay on the ice.

Murray is running out of rope in Columbus. If I were running the CBJ, I would definitely be testing the trade market for him, and see if some of that 2nd overall pedigree props up his value at all. The physical ability is there, but I am currently of the belief that he will never put it together consistently for full seasons. The ship has sailed now, but it would have been interesting to see Murray paired with Jones again this season, instead of Zach Werenski getting that spot. Ultimately, the team is better off with Werenski in the spot, but Murray undoubtedly would have been significantly better in that role. The best case scenario for Murray is to end up paired with a reliable right-shot defenseman who empowers Murray to do the things he can do. More likely, he starts next season on the third pair, tantalizes occasionally, and disappoints less often.