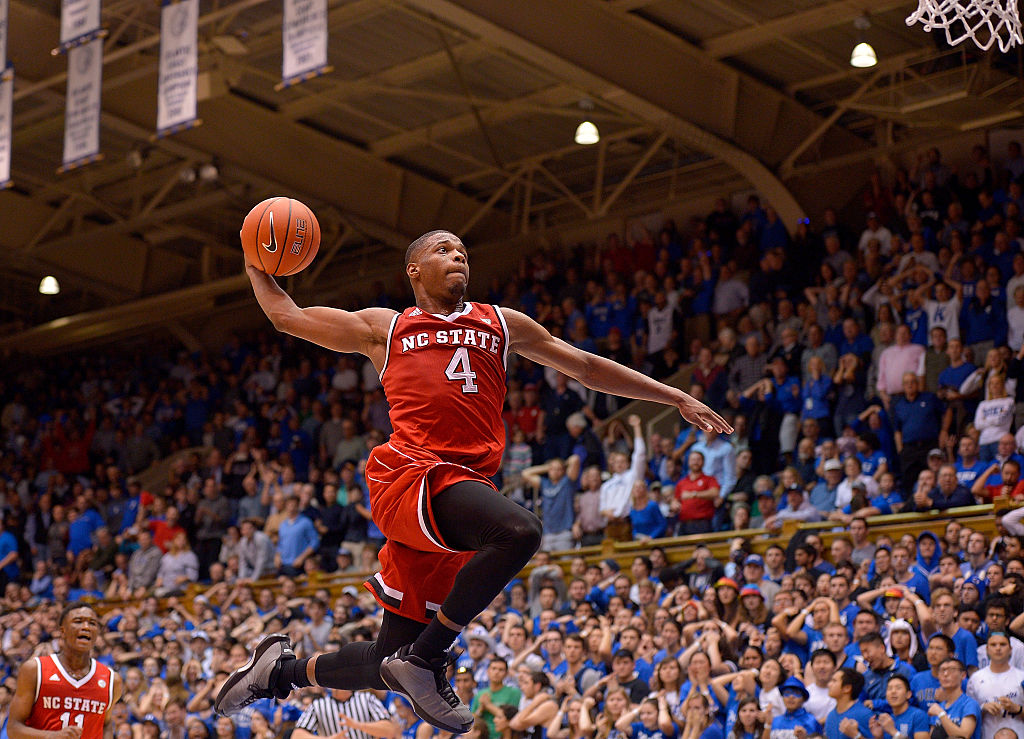 Conclusion: Smith reportedly posted a 48 inch vertical in his workout for the Lakers yesterday, which is about all you need to know about his athleticism one year after coming off a major ACL injury. Expect the next 10 days leading up to the NBA Draft to build up a hype train thanks to Dennis blowing teams away in workouts. Smith got a bad reputation for the floundering performance of NC State this year, but scouts will need to differentiate his added value to the team from the complete lack of ability of his teammates. Dennis is a complete scorer. His shot looks good from the perimeter, if not for forcing some tough looks. Expect his shot selection and decision-making to be more appropriate with better options around him. Smith is comfortable in the mid-range, and extremely creative finishing at the rim. He also operates with confidence when running the pick and roll. In terms of complete skill package, Smith and Markelle Fultz stand apart from the rest of the draft class.

Detractors of Smith will point to his short stature and length. At six feet tall with a 6-3 reach, Smith will need his strength, explosiveness, and instincts to compensate for his size disadvantage on both ends of the floor. What gives me hope with Smith’s defensive potential is that he has the natural strength and athleticism to compete if fully engaged. He has the active hands and great instincts needed to sneak into passing lanes for steals. One of the common criticisms he faced at NC State was that he was frustrated on the court and didn’t have the requisite composure to lead his team. As a rookie, he won’t be asked to fill a leadership role right off the bat, but will need to develop those qualities if he wants to utilize his talents to the fullest and evolve into an All-Star guard. Smith has as much superstar potential as anyone else in the draft besides Fultz, so it should not be a shocker if a team snags him with a top-5 pick.