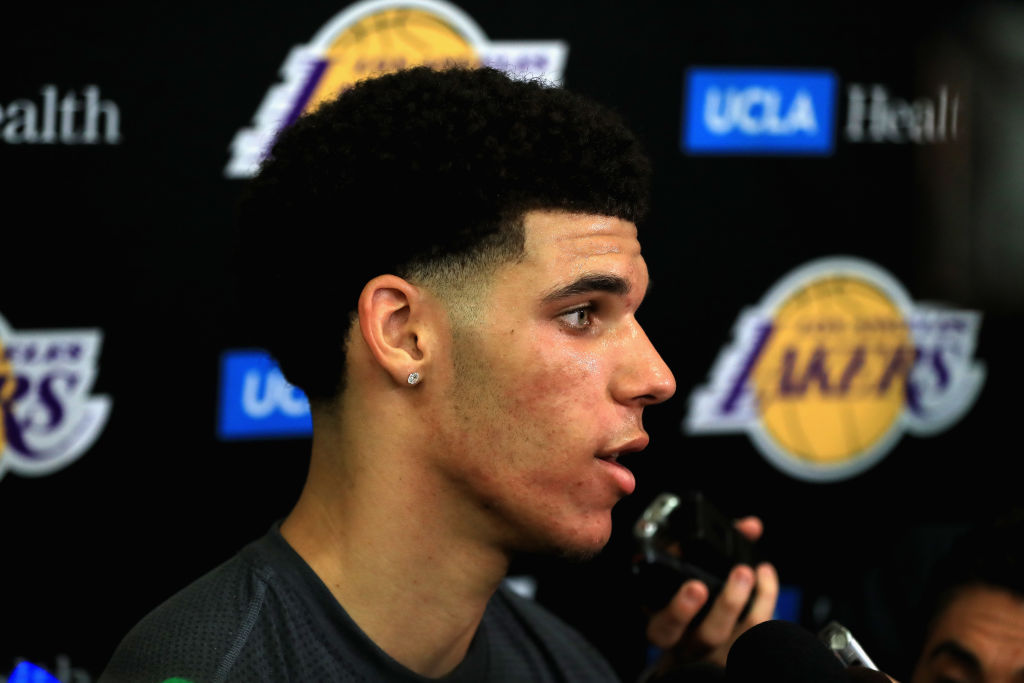 Reports surfaced that the Los Angeles Lakers weren’t that impressed with former UCLA G Lonzo Ball‘s pre-draft workout. Apparently, Ball looked out of shape, according to reports. Other reports indicate that the Lakers executives appear split on drafting Ball. Now, LA is doing their do diligence by working out a bunch of other players before the draft.

The added workouts are the Lakers doing their due diligence for their top selection and late first round pick.

Either way, could the Lakers really pass on Ball at No. 2 in the NBA Draft on July 22? Do you really expect the Lakers to make it that obvious that they want the Bruins point guard?

Maybe, there is some truth to the reports. Ball could look out of shape. He might also not be that impressive in individual workouts. But maybe the Lakers are just blowing smoke.

Let’s remember Lonzo is a gamer. He shows out for big games against big opponents. He’s been a winner basically since high school. Therefore, it is not a big deal if he underwhelmed in drills on air. It is hard for him to display his passing and court vision without a live situation.

Therefore, these pre-draft reports are nothing but the Lakers trying to motivate Lonzo in the offseason. They want the California native to be humbled before they call his name on June 22.

Would the #Lakers really pass on Lonzo Ball? #TuesdayThoughts #NBADraft

If you believe his pops, the Lakers are the perfect place for his shooting and leadership. According to his dad Lavar, Lonzo has been groomed for this opportunity to play for the Lakers over his entire life.

Moreover, the Lakers can’t have the entire NBA believing they want Ball even if it is super obvious. Remember, the Lakers still have a young point guard they selected at No. 2 in DeAngelo Russell. If teams believe the Lakers want Ball, it hurts L.A.’s leverage in Russell trade talks.

Further, the Lakers don’t need any teams trading ahead of them to draft Lonzo Ball. The Boston Celtics have the luxury of owning the No. 1 pick after a playoff run to the Eastern Conference Finals. The Celtics could easily move that pick to a team who wants to draft Ball before the Lakers go on the clock. Then, L.A. may have to pay a ransom for the player they want.

A similar situation happened to the Chicago Bears in the NFL Draft. They traded a slew of picks to move up one spot to draft Mitchell Tribusky. Boston could do something similar to the Lakers, especially if a team like the Philadelphia Sixers are desperate to stick it to Los Angeles. Philadelphia would have had the Lakers’ pick if it would have fallen out of the top-3.

Ultimately, the Lakers will probably draft Lonzo Ball. They can’t afford to pass on a local star player who could turn into the next Jason Kidd. Kidd and Ball compare greatly if you believe Draft Express.

Still, don’t expect the Lakers to make it that obvious. Expect more pre-draft smoke as the draft approaches in the coming weeks.

Will the Lakers really pass on Lonzo Ball at No. 2 in the NBA Draft? Tell us on Twitter.