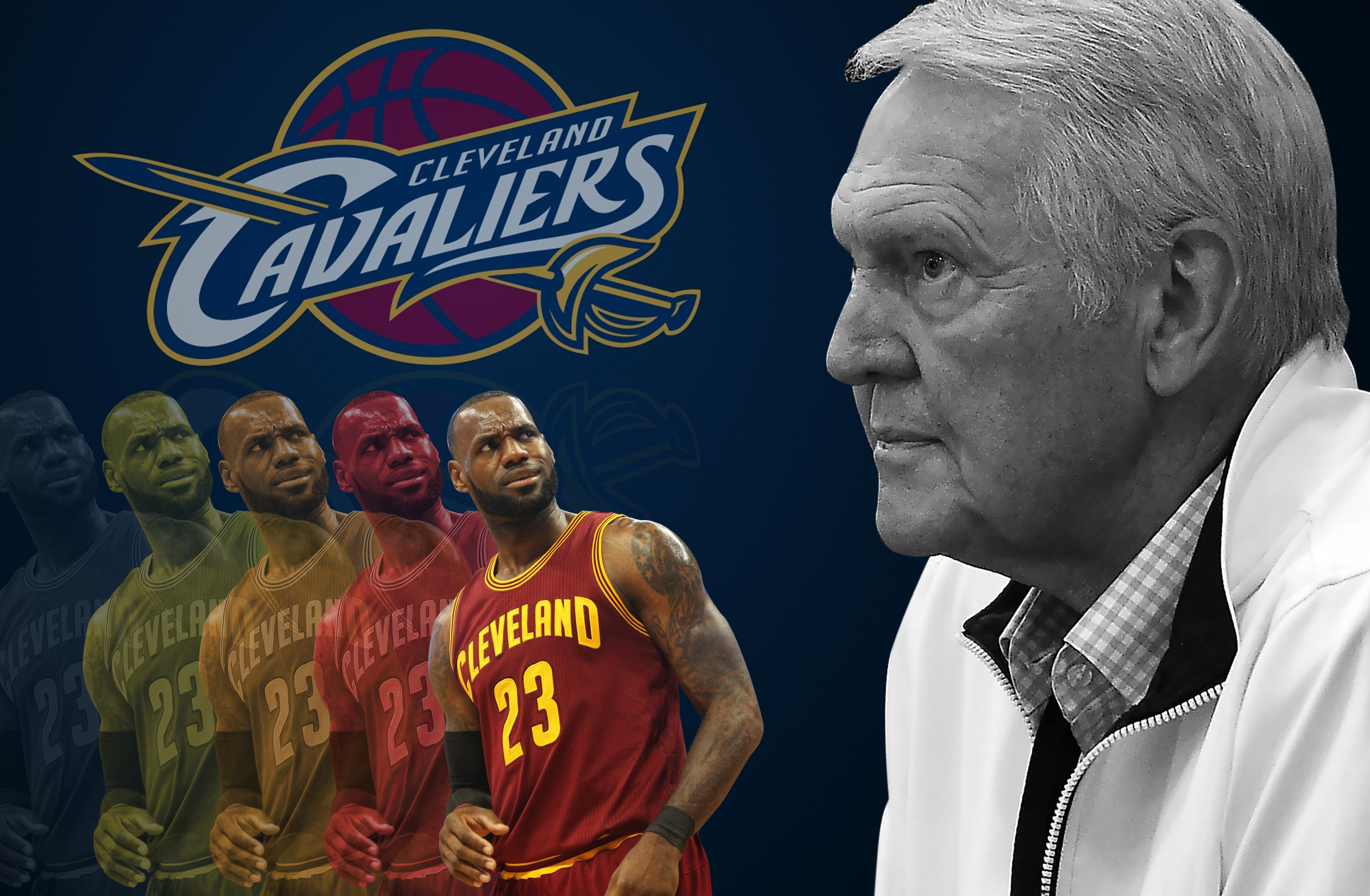 As another episode of Warriors Vs. Cavs comes to an end, and basketball fans around the world come to the realization that Golden State are going to be the favorites to win the next handful of championships, one thing become clear: If LeBron James intends to truly attempt to usurp Michael Jordan as the GOAT, he will need to either a) Find a team that better matches up with the Warriors. Or b) Stay loyal to Cleveland, and find a way to remix this current Cavaliers roster to better stand a chance against the Goliaths from The Bay.

While the summer is surely to feature articles, breakdowns, and analysis of teams that could add LeBron to their already constructed rosters and immediately compete, there may be a better way to truly push Golden State off its pedestal: Hire the architect responsible for most of the Warrior’s savvy roster moves the last 5 years, Mr. Jerry West.

On May 31st, ESPN’s Marc Stein (@ESPNSteinLine) reported that the Los Angeles Clippers were attempting to lure front office free agent Jerry West, The Logo, from Golden State. It’s become evidently clear over the last 3 years that Doc Rivers is not suited to be responsible to both coach AND construct the Clip’s roster, at least, not if they intend to ever reach the Western Conference Finals.

Jerry West’s pedigree for building winning teams makes him the top available candidate, and the Clipper’s would be wise to go after him.

Yet, another GM recently responsible for assembling a championship roster is also without a contract: Cleveland’s David Griffin. The assumption all along, especially after the Cavalier’s denied potential suitor’s requests to interview Griffin, that Cleveland would lock him up with a new contract this summer. But as has been the Cavs standard modus operandi, every major decision comes down to LeBron’s approval.

Falling short this year against an absolutely STACKED Warriors team, whose dominance has no realistic end in sight, and a roster stretched to its maximum capacity, LeBron might want to look in another direction, and why not hire the person with the blueprint to not only building the team standing in their way, but perhaps with the formula to beat them?

West has been hesitant to express his desire to return to Golden State, feeling that his work there is already complete. West famously left the Lakers in 2002 and joined Memphis, in hopes of helping turning around a team that had never been truly competitive. What could be more of a professional challenge than turning around and trying to best the team he just assembled? Coupling that challenge with the ability to team with the greatest player of the post-Jordan generation would make this option especially tantalizing.

Jerry West woulds automatically be the most decorated GM/President of Basketball Operations/Consultant LeBron has ever had. Sure, Pat Riley may have coached those Showtime Laker teams, but Jerry West help actually build them. He made the NBA-altering Shaq trade from Orlando to the Lakers, and drafted Kobe Bryant. He also turned around an absolute bottom-feeding franchise in Memphis into a perennial Playoff team, before making what, at the time was arguably the most lop-sided trade in NBA history: Pau Gasol to the Lakers for Kwame Brown and Pau’s fat, younger brother Marc. Of course, Pau helped persuade Kobe to stay, eventually getting the Lakers two additional championships (Can we count that towards West’s title totals? Maybe). And then Marc Gasol only became a multiple-time All-Star and Defensive Player of the Year.

Enough has been written about all the grand-slam late lottery and second-round draft picks made by the Warriors, below-market contract extensions, as well as trades that were ill-received by the fanbase at the time, but one thing should be abundantly clear: Jerry West is a hell of a talent evaluator with and unmatched eye for team building. He famously threatened to resign his post in Golden State if they pursued the Klay Thompson for Kevin Love trade (a move, at the time, that most saw as an absolute no-brainer, in favor of obtaining Love). LeBron likes to fancy himself player/GM, but he can’t hold a candle to the sustained ability of Jerry West. As with Riley in Miami, James would concede the team building to the professionals.

Cleveland is in desperate need for an answer to the Warriors. They should enter the offseason with absolutely no “untouchables” on the roster (sans “The King”), and yes, that includes Kyrie Irving and Kevin Love. Cleveland is so strapped for tradeable assets outside their Big 3, that it makes all the sense in the world to move their most valuable players, as long as it leads to another title(s). This is the predicament your team finds itself in when it lets it’s franchise player dictate the contracts and players the team employs. Tristan Thompson, JR Smith, and Iman Shumpert can all be attributed to LeBron’s influence. With his first go-around in Cleveland, he also thought that Antawn Jamison and Shaq were the answers.

Irving and Love should be able to net substantial returns, as both are franchise-level players. They could be moved in multi-player deals that net them a few solid players as well as perhaps some young, raw talent West values (the way he valued Draymond Green and Klay Thompson).

(As an aside, this is exactly why you have to admire Danny Ainge’s patience with the draft picks and assets at the deadline. If a team featuring LeBron James, Kyrie Irving, Kevin Love, and multiple high-level role players weren’t able to steal more than one game from the Warriors, how good would a Boston team, depleted of multiple players AND a Brooklyn pick or two truly be?)

Needless to say, even though the Golden State Warriors *appear* to hold the keys to next handful of titles, don’t expect LeBron James and the Cleveland Cavaliers to just standby, content to simply make the finals, as LeBron’s career, and prime, begin to stretch into his mid-30s.

There’s a move to make here, let’s just see if Cleveland can take some of that burden off LeBron’s shoulders this time around.