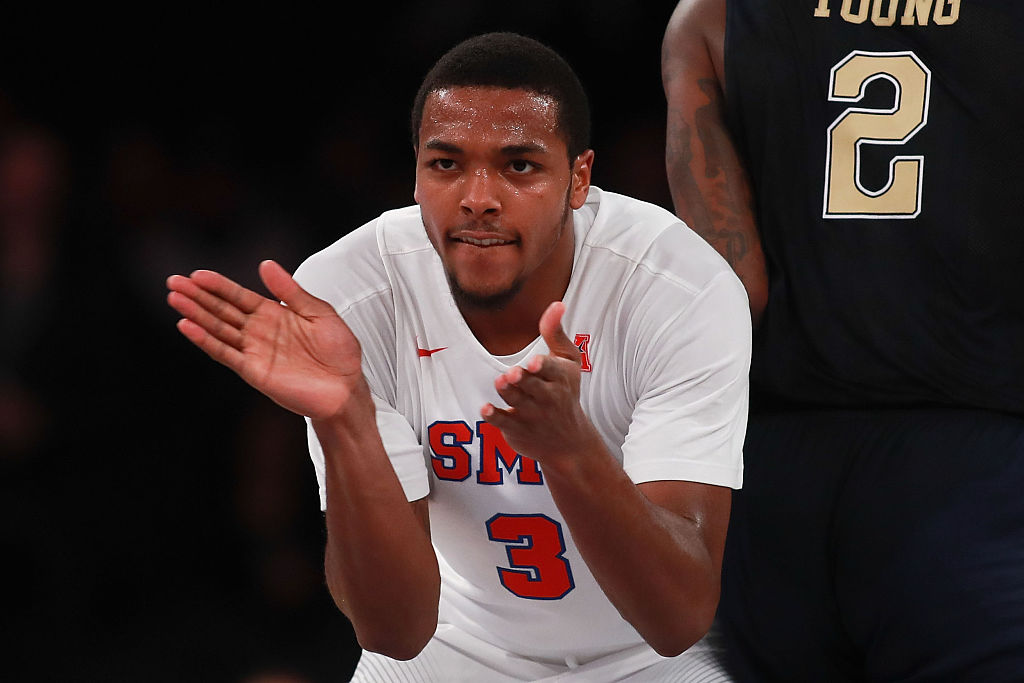 Conclusion: Brown doesn’t really have many weaknesses, and he boasts the 3-and-D profile that every team covets. Even Brown’s lone weakness – his playmaking – is an area where he dramatically improved over the course of his college career. Sterling was also operating in one of the slowest-paced offenses in the country, thus limiting his assist opportunities. Brown projects as a versatile 3-and-D wing who can put the ball on the floor and make a move off the dribble as well as space the floor in an off-ball role. He could even spend some time covering power forwards at the next level if the trend of downsizing continues over the next half decade. As a senior, Sterling didn’t receive as much early-season recognition as sophomore Shake Milton, but now Brown and junior Semi Ojeleye have forced themselves onto the draft radar. The Mustangs have two excellent sleeper candidates in this class, both of whom stand a chance at sneaking into the first round. With that being said, it seems as if Ojeleye has a better chance of doing just that, while Brown may be more likely to hear his name called in the second round. Regardless of the draft results, both have plenty of upside as versatile two-way players, and their status as upperclassmen should not be looked down upon.