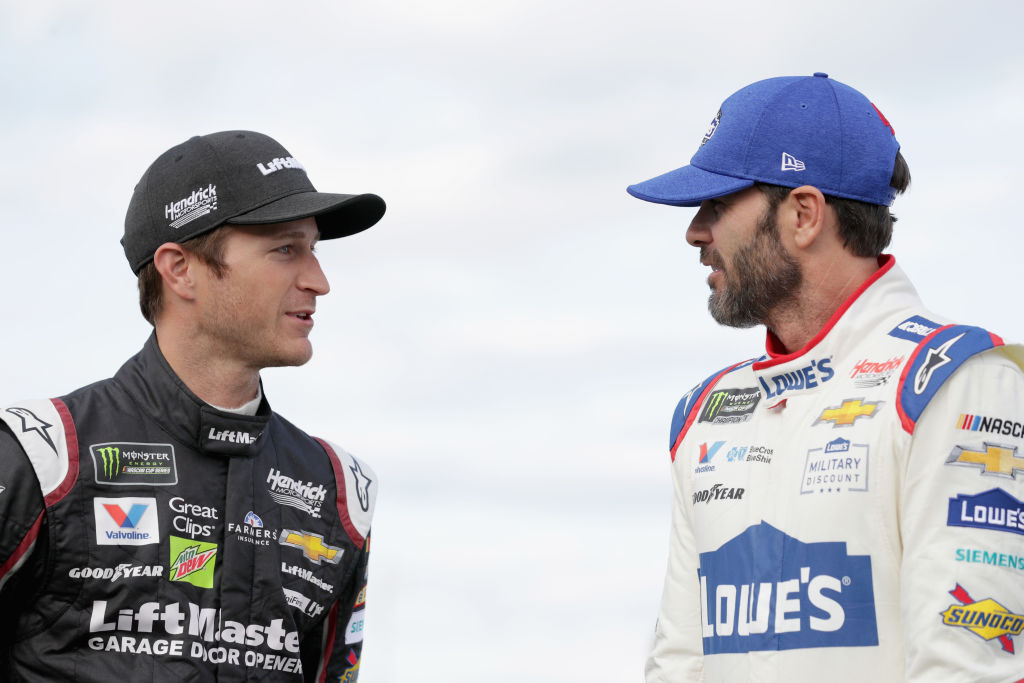 This past week it was announced that Jimmie Johnson and Lowe’s signed new deals to remain part of HMS for the next few years. The announcement is the first domino to fall in what could be several for HMS heading into 2018.

The extension of Johnson (which was expected) is the first domino to fall ahead of the 2018 season for HMS. The other dominos have to do with the No. 88 team and the No. 5 team.

The No. 88 team is a question of when and not if. 14-time Most Popular Driver, Dale Earnhardt Jr. has already made it known that 2017 is going to be his last season in the No. 88 machine. HMS has yet to announce who will take over the car in 2018 and beyond, although some names have been speculated.

Along with the No. 88 team, comes new speculation about the No. 5 team. It was reported a couple of weeks ago that Great Clips will be ending their relationship with the No. 5 team at the end of 2017. This announcement comes on the heels of Farmer’s Insurance saying back in October that they would also be leaving the No. 5 team after 2017. This season, Farmer’s and great Clips are on the No. 5 car for 22 of the 38 total races. Kahne is currently under contract through 2018 but the loss of sponsorship heading into next season could push HMS to make a move and buyout his contract a season early.

In NASCAR it’s not unprecedented for teams a buy a driver out before their deal is up.

Even if Kahne remains with HMS next season, it might be a foregone conclusion that the team won’t bring him back in 2019. So, if HMS plans on moving on from Kahne after 2018, and they can find an ideal replacement after 2017, it could make sense to make the move sooner.

It’s worth noting that the driving force behind the Kahne talk is the sponsorship issues, coupled with his on-track performance over the last few seasons. Kahne hasn’t won a race or made the playoffs since 2014. Should Kahne not win in 2017, it looks like he will miss the playoffs for the third straight season. Not winning races, not making the playoffs and not contending for titles is not a recipe to attract sponsors.