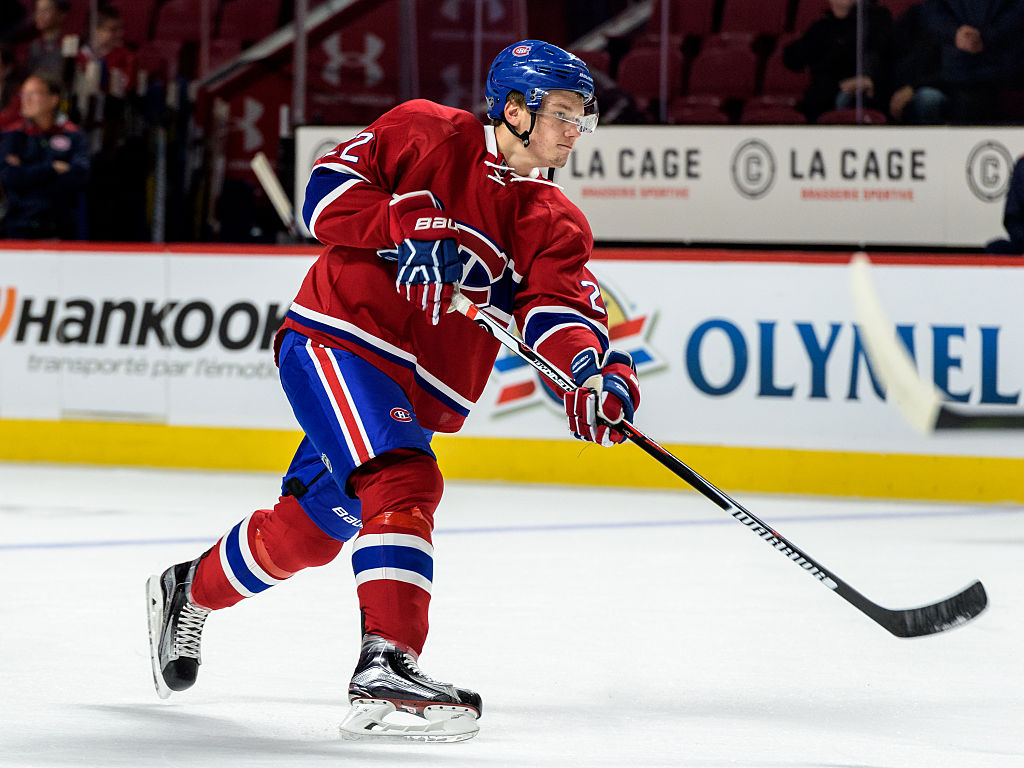 “Sergachev is the type of the defensive prospect that rarely becomes available on the trade market and has the skill set Tampa Bay covets.”

“We watched him play in juniors, we watched him in his draft year, I watched him play this year in the Memorial Cup again,” Yzerman said Thursday. “He’s got good size. He’s very strong. He’s physical, He skates very well. He’s got an excellent shot. He moves the puck well. We’re hoping that he continues to be that type of player as he turns pro and do that in the NHL. It’s very difficult to find players of that caliber and a prospect of that caliber, they’re difficult to acquire.”

“When I got drafted by [the Canadiens] I was a big fan of them and I played for them, my first reaction … I was kind of frustrated and shocked, but after that, it’s a new opportunity for me,” Sergachev said. “I’ve heard a lot about the [Lightning] organization. They play fast hockey. They play offensive hockey. They have some great players and they have a great coaching staff and management. It’s just awesome.”

The NHL ready Sergachev is 18 years old and he’s listed at 6’2″ and 208 pounds. He grew up in Russia and came to North America to play in the Ontario Hockey League for the Windsor Spitfires.

He made his mark early on as he scored 17 goals and had 57 points in 67 games. He was named to the OHL’s All-Rookie First Team. He also appeared in the Canadian Hockey League’s Top Prospects game and led all OHL defenseman in goals. He won the Max Kaminsky Trophy for the league’s most outstanding defenseman, the youngest player ever to win that award.

Prior to being drafted, the native of Nizhnekamsk, Russia was number eight on NHL Central Scouting’s final ranking of North American skaters for 2016.

“His read-and-react game is fast,” Marr said. “He’s able to transition quickly. He’s got that focus on the ice, and he’s a guy you don’t catch out of position. It is a lot tougher to beat him 1-on-1 now than it was earlier in the year.”

The young Russian was selected by the Canadiens with the ninth overall pick in the 2016 draft. Sergachev played in four NHL regular-season games in 2016-17 and was held pointless before being sent back to the Spitfires where he helped the team win the Memorial Cup last month.

Mikhail Sergachev #31 of the Windsor Spitfires celebrates winning the championship game of the Mastercard Memorial Cup against the Erie Otters 4-3 on May 28, 2017 at the WFCU Centre in Windsor, Ontario, Canada. (Photo by Dennis Pajot/Getty Images)

Sergachev patterns himself after Los Angeles Kings defenseman Drew Doughty. “He’s a great player and a great person, too, like humble, so I’m trying to be like him,” Sergachev said.

Before he became a stud on defense, Sergachev was an exciting forward.

“In my minor-midget year in Russia, I played forward for 20 games and scored 25 goals,” Sergachev said. “That was four years ago when I played in a tournament as a center and was captain for that team. No one played great and I was the biggest guy in the league, so I had fun scoring goals.”

Sergachev needs to focus more on his defensive game and his physical play.

“I’ve got to be better in the offensive zone without the puck,” Sergachev said. “It’s coming.”

The big Russian is a huge Alex Ovechkin fan.

“I like Ovechkin because he’s an animal on the ice,” Sergachev said. “He’s big, strong, has a good shot, good hands, and good head. He’s fun to watch because he’s like a bear, and I want to be a Russian bear.”

A dominant two-way defenseman whose tenacity and competitiveness characterize his style of play. Plays with a poise and confidence that facilitates his creativity with the puck as well as split-second decision making. Naturally, fluid skater who is always looking to be engaged, if not the center, of each unfolding play. All-in-all, a diligent two-way defenseman who excels at finding ways to be a difference-maker in games.

Hockey’s Future had this to say about Sergachev:

Possessing high upside, Sergachev is a big-rig with enough skill and finesse to do just about everything on defense. The Windsor Spitfires product won the OHL’s Max Kaminsky Trophy as the OHL’s Most Outstanding Defenseman following a 17-goal, 40-assist regular season. He is connected to the play often, likes to jump into the rush, and has all the tools to eventually transition to the NHL playing big minutes as a reliable two-way defender.

In his first interview after the trade, this is what Sergachev had to say :

Sergachev will attend the Lightning’s development camp from June 27 through July 1 in Brandon.