Could Paul George's announcement mess with our shiny new 2018 pick? 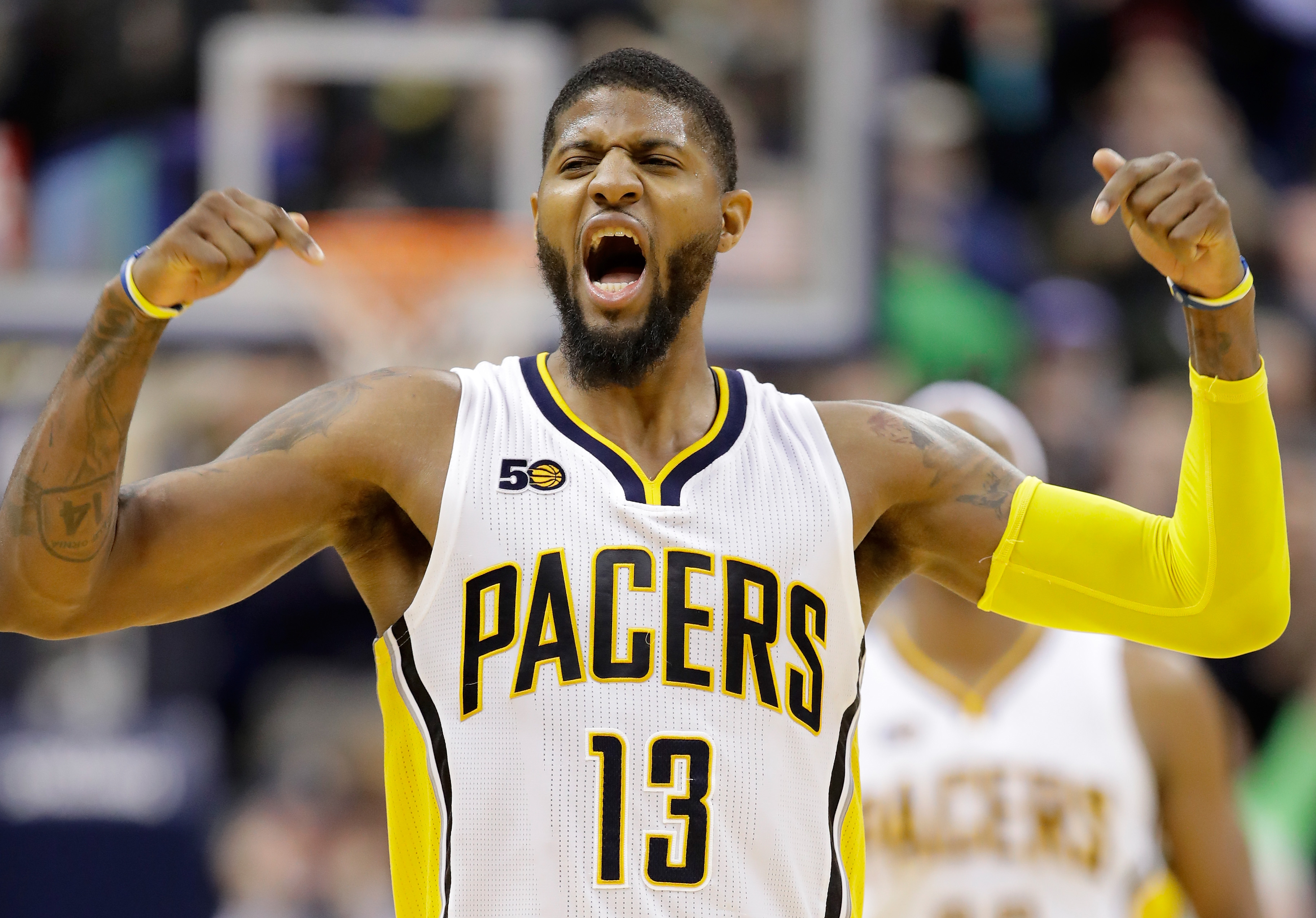 Could Paul George's announcement mess with our shiny new 2018 pick?

Paul George has removed all speculation about his future with the Pacers and he’s removed 99% of their leverage in the trade market:

All-Star forward Paul George has informed the Indiana Pacers that he plans to become a free agent in the summer of 2018 and will leave the franchise – preferably for the Los Angeles Lakers, league sources told The Vertical.

George hasn’t requested a trade before he can opt out of his 2018-19 contract, but did have his agent, Aaron Mintz, tell new Indiana president of basketball operations Kevin Pritchard that he wanted to be forthright on his plans and spare the franchise any confusion about his intentions, league sources told The Vertical.

If management takes George at his word about wanting to join the Lakers in 2018, it may be cornered into making the best possible trade it can with Los Angeles now, squeezing whatever value out of the Lakers that Indiana can acquire in a deal for George.

The Pacers could bring back young players – such as forward Julius Randle, for example – and future draft assets to make a deal for George now, if the two teams are so inclined.

Indiana’s ability to find a trade for George elsewhere has become increasingly limited, if not crippled, because NBA teams believe that it’s George’s intention to eventually sign with the Lakers as a free agent in 2018.

The key word in Woj’s story is preferably. What happens if a contending team with a strong coach and front office rolls the dice and acquires George? Might a new, winning environment sway George’s mind? That scenario seems plausible.

The only reason the Lakers would trade for George now is out of concerns he could change his mind. And after the Celtics/Sixers blockbuster draft pick swap, I suddenly have a stronger than usual interest in the Lakers maintaining maximum suckage next season.

I’m all for players controlling their future but this move by George stinks. He did the Pacers dirty by leaking this to the press.

3 days ago PG said he would honor his contract with Indy, now he sabotages them with this. No wonder Bird walked. https://t.co/cbL8AmPL4D