NASCAR Drivers Not Happy With 'Debris' Cautions At Michigan 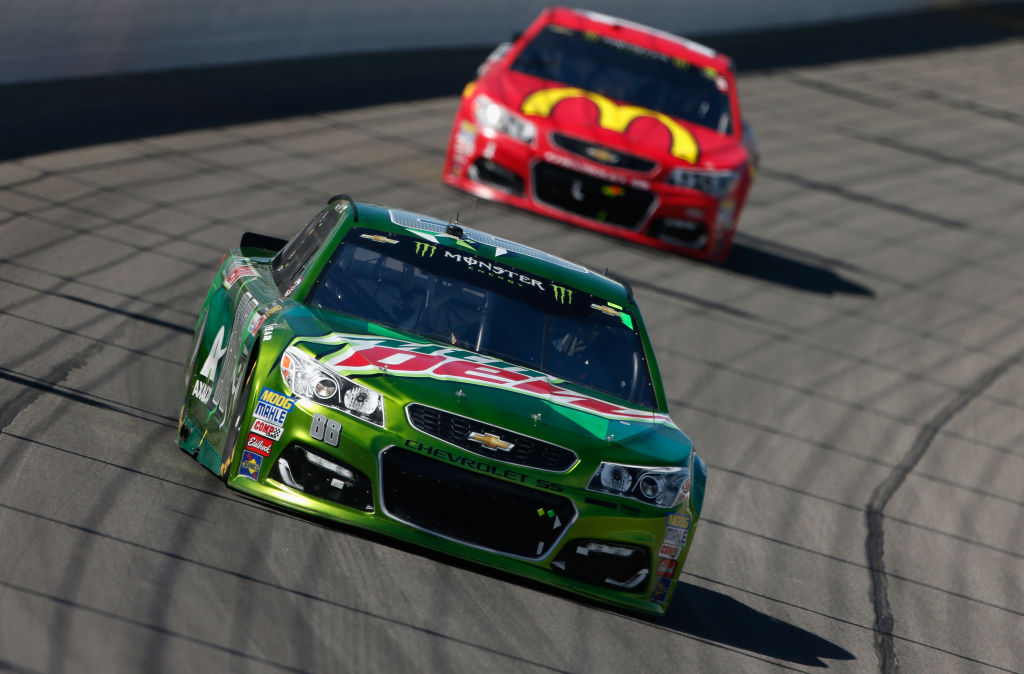 NASCAR Drivers Not Happy With 'Debris' Cautions At Michigan

Sunday in Michigan ended up producing an interesting finish for the drivers in the NASCAR Cup Series thanks to a handful of cautions at the end of the race. However, some drivers were not happy with NASCAR and their debris cautions.

It looked like Michigan was going to come down to fuel mileage on Sunday as the laps wore down and drivers were close on fuel. However, that all changed with 19 laps to go when NASCAR showed the caution for debris on the track. On the following restart the caution waved again when Clint Bowyer got into the wall. On the restart after Bowyer’s issue, the caution waved yet again when Danica Patrick was sent crashing into the inside wall.

After the race (during a Periscope broadcast) Dale Earnhardt Jr. seemed confused as to why NASCAR was throwing seemingly unneeded debris cautions with the implementation of stage racing in 2017.

I don’t know why they’ve got to throw so many damn debris yellows. The purpose of having stages was really because the networks want more cautions, more restarts, because people tune in when we have a caution. They tune in for a restart. That’s the whole reason why we have the stages to try to create a little more drama, so I don’t know why we keep throwing the damn debris yellows and stuff.

Earnhardt then took to Twitter to discuss some of the debris cautions that NASCAR didn’t throw in Sunday when he felt that there was more than enough debris on the track for a yellow flag to be thrown.

It was quite humorous. There were about 12 plastic bags on the track at one time. Did the 12 little bags emerge from the giant trash bag? 🤔

I like how the term debris has become so all encompassing

Apparently there was also a cowboy hat on the track (in the racing groove) at one point during the race. Although the TV broadcast didn’t catch wind of the hat, Earnhardt Jr. and Ty Dillon both saw it and tried to hit it.

Look closely. Yes that is a hat on the front stretch. No caution yet for said hat pic.twitter.com/YibA1f45oL

Tried to run next to it, possibly discard it off the racing surface cause I figured it was gonna result in a debris caution. Wouldn't budge. https://t.co/0E00yx9JKC

I squared it up and the next lap by the brim was tore, but the hat didn't move. https://t.co/vK0KXrHwb5

Another driver (well former driver) upset with NASCAR was Tony Stewart. The debris caution at lap 19 resulted in a pair of restarts that caused damage to 3/4 of Stewart’s team. Bowyer was damaged on the first restart and then Kevin Harvick and Patrick were damaged on the last restart of the race. Without the debris caution it’s likely that all three cars would have made it to then end without issue.

It's a shame that so many drivers and teams day was ruined by the results of another "debris" caution towards the end of the race today.

As an active driver, Stewart was never bashful when it came to calling out NASCAR. As a retired driver, Stewart still isn’t bashful when it comes to calling out NASCAR. So now we have to once again wonder if the debris cautions that we saw on Sunday were legit and if NASCAR decided not to throw the flag at other points in the race when they should have.

Hall of Very Good 48m ago