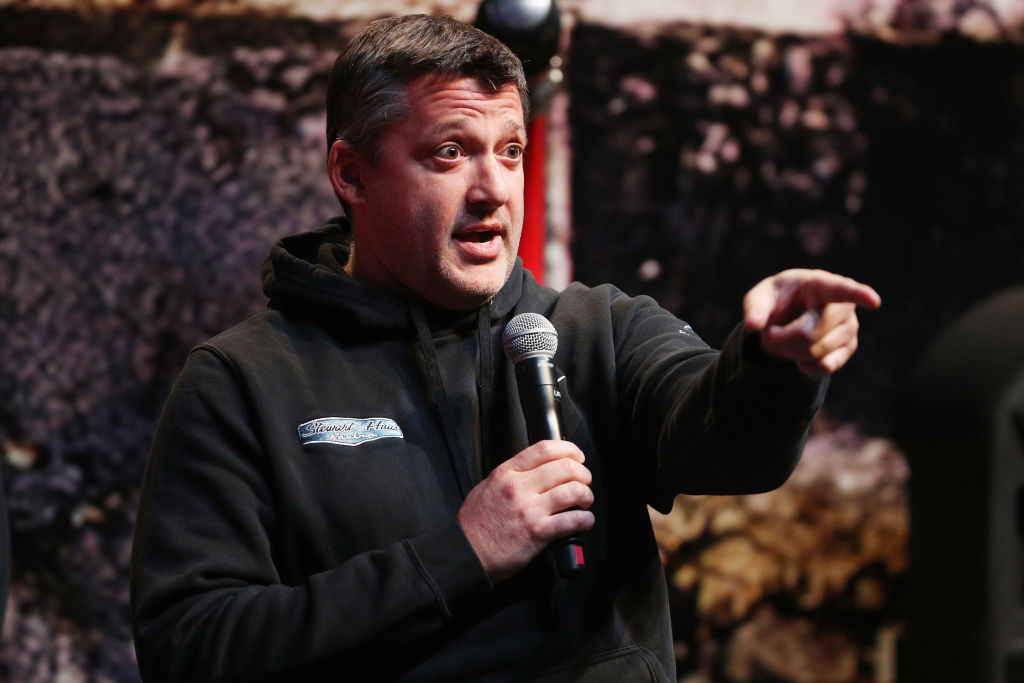 Is three-time NASCAR champion Tony Stewart now a chef? I only ask because Sunday night the former NASCAR driver was absolutely roasting some of his followers on Twitter.

In case you weren’t aware, Tony Stewart wasn’t overjoyed with NASCAR following Sunday’s race at Michigan. Stewart felt that the debris caution that NASCAR threw with 19 laps to go wasn’t truly needed. Said debris caution resulted in two more cautions and a handful of cars getting wrecked during said cautions. Three of the cars damaged during the ensuing cautions after the lap 19 debris cautions were Clint Bowyer, Kevin Harvick and Danica Patrick, three of the four SHR cars.

It's a shame that so many drivers and teams day was ruined by the results of another "debris" caution towards the end of the race today.

After firing off the above tweet, Stewart was more than happy to address some of his followers who had things to say about the cautions, his drivers or anything else for that matter.

So you believe everything you hear on their radio. Wow you're gullible

She gets the exact same cars the other drivers get. I should know, I own the team

He's a friend of mine. And even if he doesn't drive for me, I care and am happy for him.

True. I'm referring to ALL of the teams that had the end of their race ruined, not just mine. It's frustrating to watch

No likely. Probably get fined again for having an opinion

And just a thought, if you don't like what I have to say, you can unfollow me at anytime. Just saying

Tony Stewart has never been one to shy away from speaking his mind when it comes to the world of NASCAR. We all remember his famous phantom caution rant from nearly a decade ago in which he accused NASCAR of “playing god” and likened races to that of pro-wrestling. The fact of the matter is that when Stewart sees something that he doesn’t like or deems unfair, he is going to speak up about it.

Sunday in Michigan, it looked as though it was going to end up being a fairly boring race. The first two stages lacked excitement and the finish was shaping up to be just as boring. Kyle Busch was leading but looked to be short on fuel. Not that it mattered though because Kyle Larson went from 3rd and 3.7 seconds back to 2nd and 1.5 seconds back in about 20 laps. Whether Busch ran out or not, it looked like Larson was going to pass him and win the race.