Your Morning Dump… Where maybe we were wrong about Markelle all along? Explaining his team’s blockbuster trade to ship away the No. 1 overall pick, Boston Celtics president of basketball operations Danny Ainge said he believes there’s a “very good chance” he will still be able to select the top prospect on his draft board.

That’s the strongest indication yet the Celtics were not totally sold on Markelle Fultz, the expected No. 1 pick, in comparison to other prospects near the top of this class. While some experts consider Fultz the obvious lead dog, Ainge said he considers the race for that spot a close one. That belief helped power the surprising trade, which sent this year’s top pick to Philadelphia for the third pick in this year’s draft plus a future first-rounder that will be conveyed either next year or the year after.

“I think even before the lottery we’ve been evaluating these kids for a couple years and we felt like it was very close with the top handful of players,” Ainge said Monday afternoon on a conference call, his first public interview since agreeing to the trade. “And we still feel that way. We think there’s a really good chance the player we’ll take at 3 is the same player we would have taken at 1.

So all of us, up until what? Sometime Saturday night? thought that it was basically Markelle Fultz and a long drop back to everyone else. That’s one of the reasons why I figured Danny would have a really high price on that number one pick.

Is Ainge lying to us? Maybe–or at least being less than fully honest.

On the other hand, consider that, if Ainge believed there was a huge gap between Fultz and the #2 spot, much less the #3 spot, he would’ve held out for a lot more from Colangelo.

He didn’t. Was that because, as he says, the team doesn’t see that big of a gap between one and three, certainly not big enough to turn down a free top 10(ish) pick?

Joe Barry Carroll was the best player on the board. A seven-foot center out of Purdue, he was the school’s all-time leader in shot blocks and rebounds. As a freshman he’d posted the first triple-double in school history and the Boilermakers improved each year he was there. From a fourth-place finish in the Big Ten in 1977 to the NIT finals in 1978 (in this period a conference couldn’t send more than two teams to the NCAA Tournament) to a Big Ten co-championship in 1979, shared with eventual national champion Michigan State and Magic Johnson and finally a trip to the pinnacle—Purdue made the Final Four in Carroll’s senior year. He scored 35 points in a national semi-final loss to UCLA, but he’d put his mark on college basketball. His production was beyond question. His physical skills were breathtaking—who wouldn’t want a seven-footer who was not only big, but athletic, able to block shots and be a disruptive force on the defensive end. Carroll was what might be called a franchise player.

[Auerbach] already took one big chance in dealing McAdoo and stood ready to be vindicated with the drafting of the coveted Carroll. Was it really worth it to take yet another risk? What if Parish and McHale proved to be “only” decent players, while Carroll became a Hall of Famer? From the eyes of the spring 1980, that was a reasonable scenario, and some might have even argued, a likely one.

One of the things we heard about over the past couple weeks was just how closely the Celtics looked at Markelle Fultz. They had him in for an entire day of shooting, interviews and exams.

And after all that, Danny Ainge, who (one hopes) treated Markelle Fultz to supper, was willing to effectively trade Fultz to the Sixers.

That’s one side of the story.

The other side of the story is that the Sixers hadn’t done anything but scout Fultz. They hadn’t interviewed him, they hadn’t brought him in for a workout, nothing.

And on Friday afternoon, before he’d even agreed to workout for them, Philly had a deal in place with the Celtics.

While his plane was still in the air, the Sixers set him up with a locker, and brought noted Process Ambassador and future AmeriGlide Stair Lift spokesman Joel Embiid in to drum up some social media buzz.

They scheduled a media availability.

They hadn’t even sat him down for a single interview.

Basically, the Sixers had already decided to draft Fultz and–given their penchant for injured players–nothing short of, oh I don’t know, Fultz’s arm falling off during the shootaround, would’ve stopped them from agreeing to the trade.

There is a clear and profound difference in methodologies here, and while results can’t be guaranteed, one of them seems more likely to produce a positive outcome.

If Ainge and Co. invested that much time in Fultz and decided that he wasn’t going to fit with the Celtics, shouldn’t that carry a bit more weight than Philly doing everything short of giving him the key to the city when he got off the airplane?

In 1980, the Celtics needed a center more than they needed a power forward–they already had Cedric Maxwell. I can’t imagine what twitter would have said about Auerbach trading the number one pick in the draft for an apparently serviceable center and whoever was available at number 3, when he could’ve drafted a future star.

Hindsight looks favorably on Red’s decision, in no small part because they went on to win their 14th championship that season, and McHale and Parish are both in Springfield.

If Boston ends up drafting number three on Thursday, whoever they pick is probably going to make much less of an impact next season than Fultz. There’s a reason for that. Philly is a terrible team. Boston is not. Fultz would have made less of an impact in Boston than in Philly. So, as they say, be willing to let the cake bake on this trade–or, if you prefer, Trust the Process.

Page 2: Where we look at the other options

Celtics types tend to sound especially enthusiastic when talking about Tatum, who worked out for the team yesterday, and could very well be the player Ainge said he would have also taken with the top pick.

Tatum is a natural scorer who brings a relatively well-rounded arsenal into the league, including an improving deep jumper. Like Josh Jackson, he projects as a better go-to scorer than Jaylen Brown, without the Celtics rookie’s high level of athleticism. Tatum, however, may be the most polished in this draft, outside of Fultz, at creating his own shot.

He’s moved steadily up the board, and could eventually become part of the cure for the Celtics’ rim protection and rebounding woes. There’s a blurry chance that Kelly Olynyk finishes his restricted free agency somewhere else, which could turn the Celtics’ attention to a player who passes the checklist test for big, floor-spacing forwards. He has great length (7-foot-1 wingspan), athleticism and quickness, and has shown he can guard smaller players in addition to protecting the rim

I’ll admit, I haven’t a clue about these guys. Or Josh Jackson. All of them, like Jaylen Brown from last year, seem to be guys that will need a few years before they can contribute to a championship caliber team. Jonathan Isaac, for instance, seems to be a guy who could learn from and eventually take over for Al Horford. But I’m just guessing with all this stuff. I’ll leave it up to the pros.

Finally: We’re not buying it, LeBron

If no one appreciated you Griff I did, and hopefully all the people of Cleveland! Thanks for what u did for the team for 3 yrs! We got us 1🏆

Sometimes I wonder what would’ve happened to LeBron if he hadn’t spent over half of his life surrounded by sycophants and fools.

There is a certain naiveté to LeBron’s self-serving tweets, an apparent lack of awareness of how transparent they are, as though nobody in his “camp” has ever told him the truth about these tweets.

Here, for instance, is LeBron expressing support for David Griffin.

How wonderful! Poor David is going to be out of a job on July 1st because the mean old owner of the Cavaliers wouldn’t give him a new contract.

And what could LeBron possibly do about that? After all, he’s just a basketball player. He doesn’t have any say, he doesn’t have any influence, he just puts his head down and does his job and stays in his lane.

Now this poor soul, this man-child playing a game, has lost his “Griff”, and did anyone even ask him whether he wanted “Griff” to stay around? We are told they did not.

This, apparently, is how we are expected to read LeBron’s tweet. We are not, it seems, supposed to remember that during an entire season when Griffin was working without a 2017/2018 contract, LeBron repeatedly complained about Griffin’s team building. We are not, it seems, expected to remember LeBron’s veiled threats and insistence on well-above-market-value contracts for JR Smith and Tristan Thompson.

Nope. LeBron is just a humble ol’ basketball player trying to do his best and certainly minding his own business.

ESPN Boston: Ainge: Player we would’ve taken to be at No. 3 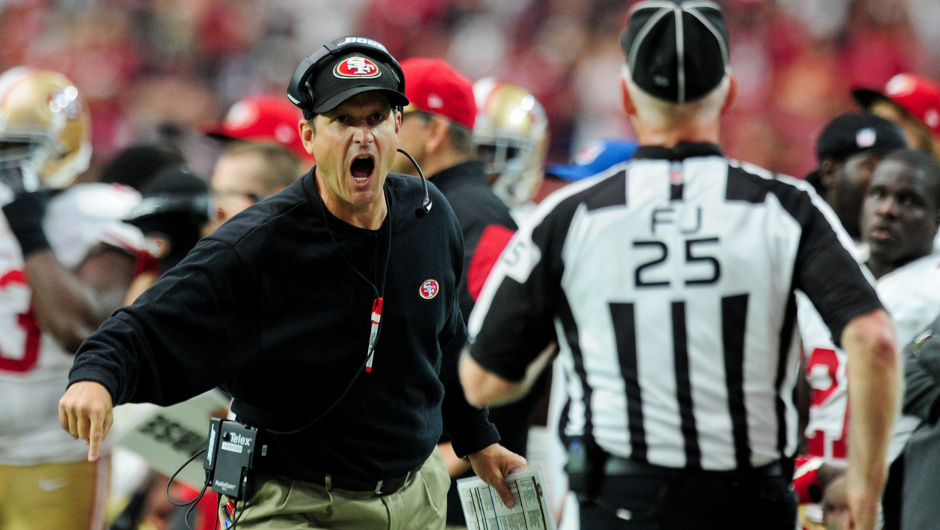 One of the biggest needs in Edmonton is still the trigger man for franchise center Connor McDavid. While both Patrick Maroon and Leon Draisaitl were...