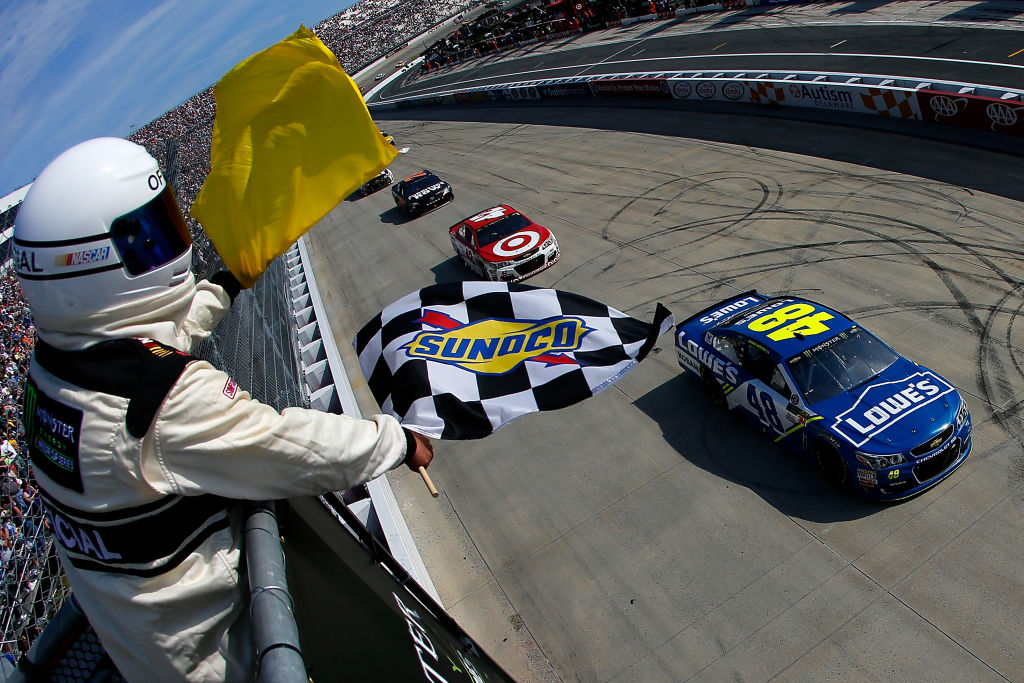 Following this past weekend’s race in Michigan, Dale Earnhardt Jr. and Tony Stewart took shots at NASCAR and their debris cautions. To the surprise of nobody, NASCAR responded and their answer was a typical NASCAR answer.

Water bottles and cowboy hats on the track Sunday in Michigan didn’t result in NASCAR throwing a caution. However, a potential long green-flag finish (which would have been boring) was ruined when NASCAR threw what appeared to be an unwarranted debris caution with 19 laps to go in Michigan. After the race Stewart and Earnhardt Jr. tweeted about said debris caution and on Monday, Scott Miller, NASCAR senior vice president of competition, explained on “The Morning Drive” how the sanctioning body decides to call a debris caution.

We use all the resources that we have to try to identity what it is that is out there – that being camera, turn spotters and the communication that we’ve got around the race track to different people who may be able to see it. If we are actually able to identify what it is and feel like it’s something that is OK to leave out there, then we’ll do so. But if we can’t identify what it is exactly and it could pose something dangerous, then we’ll usually, or almost always, error on the side of caution and safety and put the caution out in those circumstances. Sometimes it’s untimely and a little bit unfortunate, but we do have to do our job and make sure that everybody is safe.

The issue with NASCAR is that these ‘phantom debris cautions’ have been plaguing the sport for over a decade now. Sometimes fans are able to call a debris caution from a mile away when a race is in the midst of a long run and the field is stretched out. The one thing NASCAR needs to do a better job of is showing the fans what the cause of the caution was. On Sunday, there was no visual clarification of what caused the debris caution with 19 laps to go. The lack of visual evidence coupled with drivers speaking out, truly hurts NASCAR’s credibility.

Being safe as opposed to sorry is fine when it comes to throwing cautions, but do the fans a solid and show them what you were being safe about. I rather NASCAR throw a caution for a water bottle because they weren’t sure what it was, as opposed to throwing a caution and not showing us the cause. As long as NASCAR keeps providing answers like the one above and not showing us the cause of their debris cautions, fans and drivers will continue to have issues.

The Floor Seat 10m ago